Is an Ad Touting 'A Gun for the Whole Family' Real?

The idea that boys might enjoy recreational use of BB guns and air rifles is probably not so outrageous, even today. 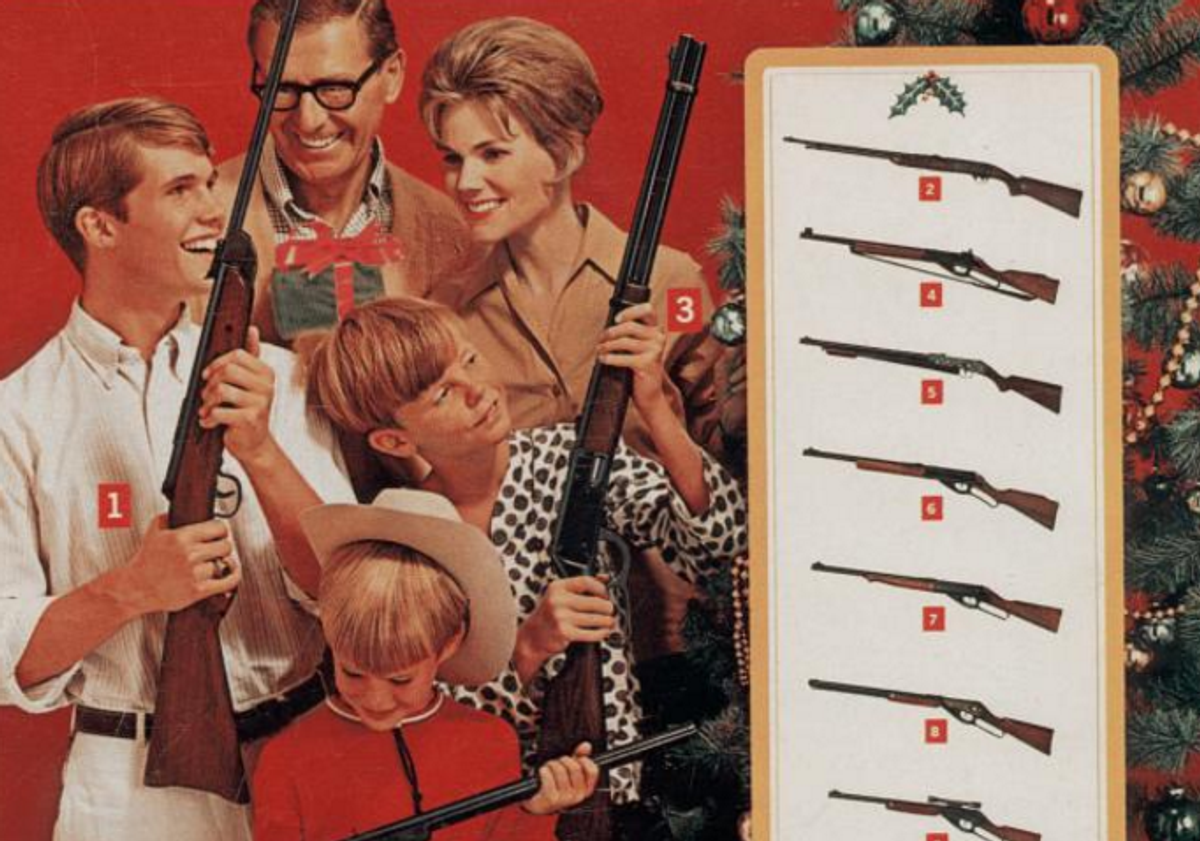 That ad is indeed real, although it was not originally published in the Sears catalog back in the 1950s. The advertisement promoted Daisy brand airguns (i.e., pellet rifles and BB guns) and featured several products such as the Spittin’ Image line that were not available until the 1960s.

While it's possible that such an ad appeared in the Sears catalog at sometime in the 1960s, the only published version we've been able to uncover came from a 1966 issue of Boys' Life magazine, the monthly publication for members of the Boy Scouts of America: