Does This Video Show Police Brutality in the US?

A number of videos have documented police brutality in the United States in 2020. 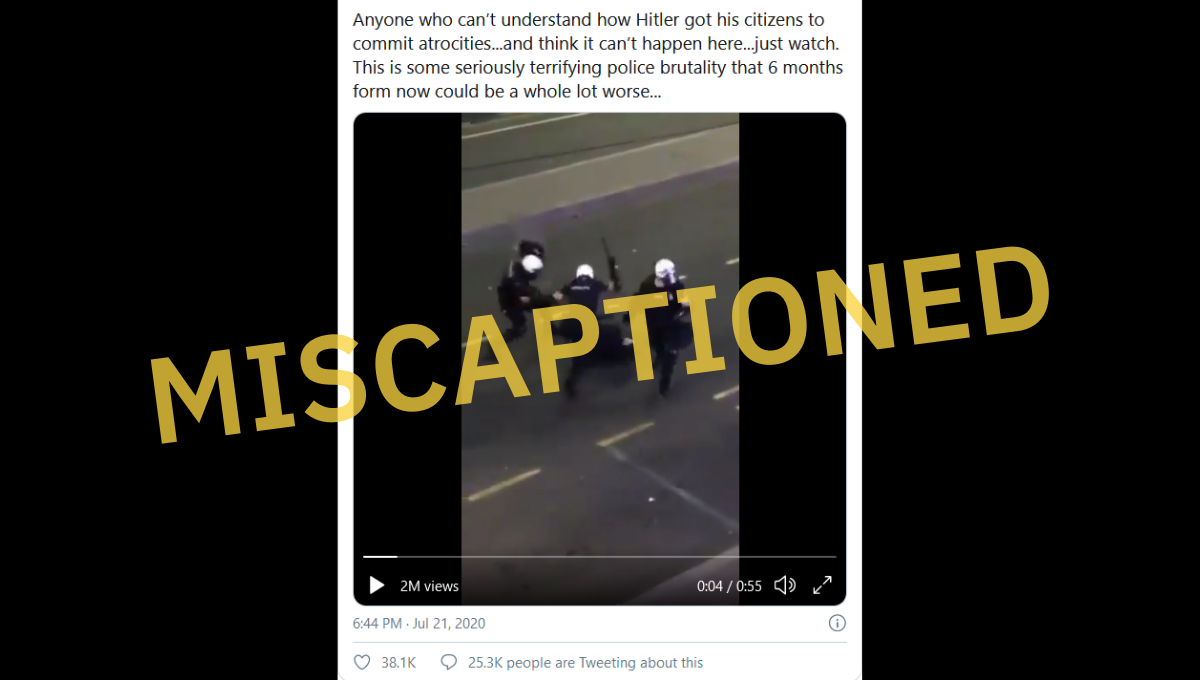 Claim:
A video shows police officers beating citizens on the streets of the United States.
Rating:

In the summer of 2020, the internet was flooded with videos and photographs showing acts of police violence as the United States saw a surge of protests against police brutality and racial injustice. Although many of these videos truly showed United States law enforcement engaging in acts of violence, occasionally a piece of footage would go viral that was either misleading or miscaptioned. That was the case on July 21, when a video showing multiple officers hitting a person while he lay on the ground racked up more than 2 million views:

This is a genuine video of members of law enforcement beating a person on the street. However, this video was not taken in the United States, as many social media users inferred from the above-displayed caption.

This video was actually taken in Belgrade, Serbia.

On July 8, 2020, Serbian citizens gathered outside the National Assembly in Belgrade to protest the re-implementation of a curfew related to the COVID-19 pandemic. The protest quickly devolved into chaos as protesters broke into the assembly and police fired tear gas into the crowd.

The BBC reported that "far-right nationalists" were blamed for storming the assembly, and Serbian President Aleksandar Vucic condemned law enforcement's use of excessive force.

The protests began peacefully on Tuesday evening and included students and families, angered by a move to re-impose a weekend curfew because of a rise in coronavirus infections.

Protesters broke into the assembly, prompting police to intervene.

Far-right nationalists have been blamed for stirring up the unrest and storming the assembly building. Serbian media said they included an MP who has pushed anti-vaccine and anti-5G conspiracy theories.

Serbian President Alexander Vucic on Wednesday condemned what he described as the most brutal political violence for years and appealed for the protests to end, citing the risk of increased infection.

On Wednesday evening police again clashed with protesters, firing teargas as bottles, stones and flares were thrown from the crowd.

The above-displayed video was included in a report about these protests from Radio Europe. It seems that the video originated with a tweet from The A 11 Initiative, a non-governmental organization that works to promote the economic and social rights of marginalized and discriminated groups:

The New York Times reported that Uhl made this compilation "to signal-boost the experiences of the protesters":

He views the video, focusing solely on what appear to be police misdeeds, as a corrective to what he believes to be an emphasis on covering looting and property damage by media. “I wanted to push back and show how the main story should be that, in response to a mass mobilization against police brutality, the police responded with more brutality,” Mr. Uhl said.