Is This Real Video of a Lightning Strike?

The video contains a lot of swearing, for obvious reasons. 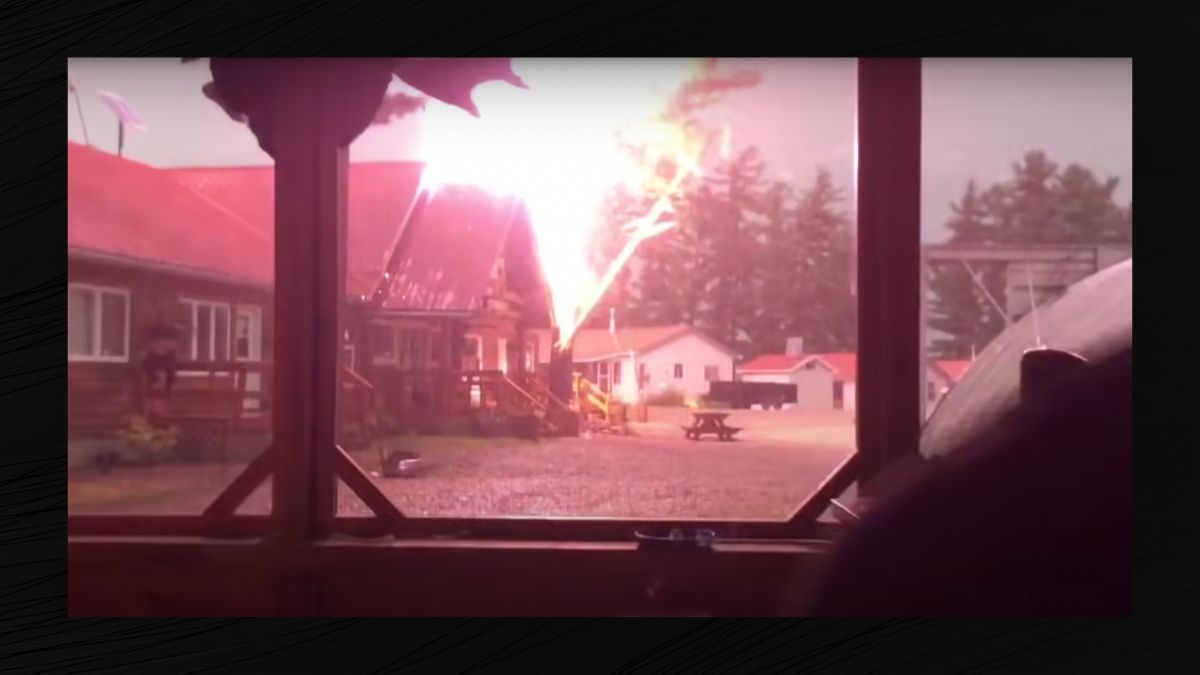 In late August 2022, social media users shared a harrowing video of an incident that appears to show lightning strike a building, severely damaging it, just before a nearby tree's branches begin falling:

The closest we can find to the original video was posted on both YouTube and at Jukin Media, an entertainment company that licenses real videos to third parties who wish to use them. According to the caption on the Jukin Media website, the incident took place in Mansfields-et Pontefract, a city in Quebec, Canada.

Coverage of this event is sparse, but it was picked up by a handful of tabloids. U.K. tabloid The Sun, for example, reported that the lightning strike occurred during a storm in 2017, and damaged a holiday lodge at Bryson Lake, a popular destination.

In the lengthier version of the video, on YouTube, the people who filmed the incident can be heard swearing and screaming after the lightning strike occurred.

We reached out to Jukin Media asking for more details about the incident, including whether anyone was hurt.