Is This a 'Flaming Tire' Rocketing Past a Car? 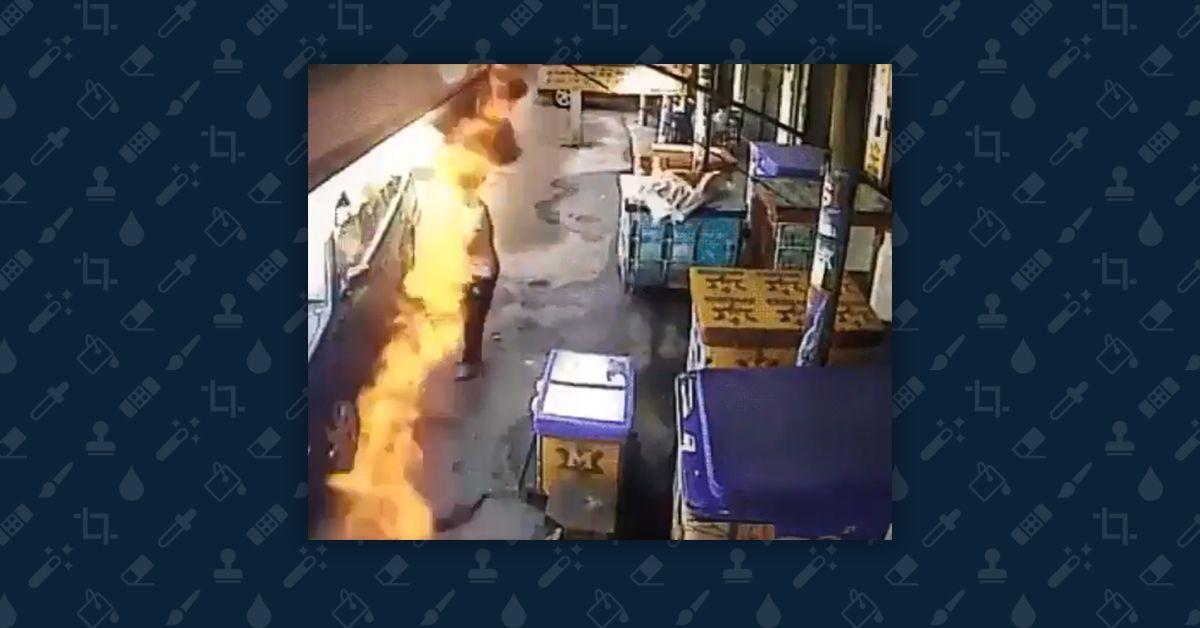 Claim:
A video shows a flaming tire rocketing past a car.
Rating:

The internet is full of fictional dangers. Human-eating drop bears, blood-freezing snow snakes and, according to a video that went viral in November 2017, random flaming rocket tires:

The fiery clip featured in our video has been digitally manipulated. It was created by adding flames to footage that has been circulating since at least June 2015. The original video showed a runaway truck tire, sans flames, barreling down between a person and a car, crashing into an off-camera object, then smashing back down on top of the hood of the car:

This video certainly doesn't show a real flaming tire crashing dangerously close to two people. We cannot say for certain that the original footage is totally authentic, as we haven't been able to uncover any information about the incident.

The earliest iteration of this video that we could find, a sped-up version posted to YouTube by Viral Hog on 1 June 2015, claimed that the woman in the car suffered a broken wrist. However, the post did not provide any sources for that information.