Was a Vermont State Trooper Attacked by 'Hooligans'?

A clip from the movie "Super Troopers" was shared as if it showed a genuine incident of a Vermont State Trooper's being attacked by a group of children on a school bus. 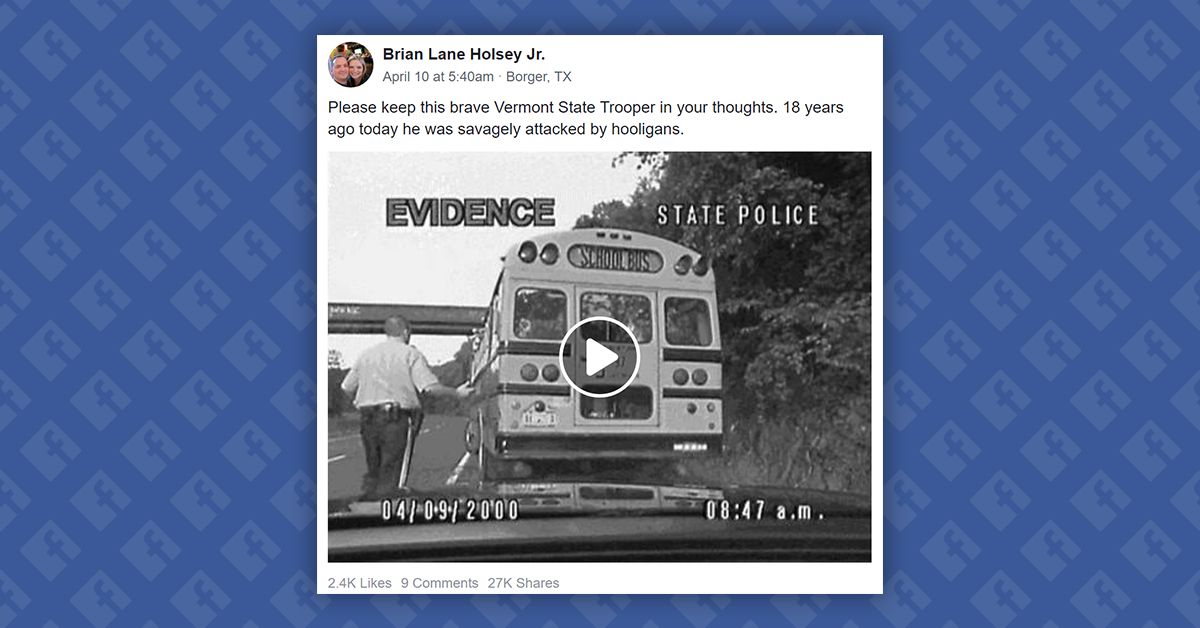 Claim:
A video shows a Vermont State Trooper's being attacked by a group of children on a school bus.
Rating:

Although this video was almost certainly posted in jest, some viewers were unaware of its origins. It actually shows a scene from the closing credits of the 2001 movie Super Troopers. It's revealed early in the movie that the character of Farva was suspended for an incident on a school bus with unruly children. The incident is not addressed in great detail during the film, but this "dashcam footage" was shown during the closing credits to give viewers a glimpse at the infamous incident.

The "Crazy Credits" section for the movie's listing on IMBD explains:

The credits are accompanied by: 1) various identifying shots of the actors; 2) scenes involving the stoners and a busted party; and 3) Farva's oft-joked-about "bus incident". Finally, all the way at the end of the credits, there is a little "gag" reel clip, concerning Farva's excessive drinking at the governor's party.

Fans of Super Troopers may have been easily able to tell that this was a joke, but not everyone on the internet is as well versed in pop culture references. After all, this is not the first time that an out-of-context movie clips have been mistaken for a slice of reality. An image from the Ben Stiller movie Tropic Thunder, for instance, was shared as if it were a genuine photograph of Vietnam soldiers, and this clip of a man in a department store being crushed by an inflatable raft is actually from the movie Grown Ups 2.