Is This a Velvet Cowkiller Ant?

The red velvet ant, or cowkiller ant, is a wingless wasp with an extremely painful sting. 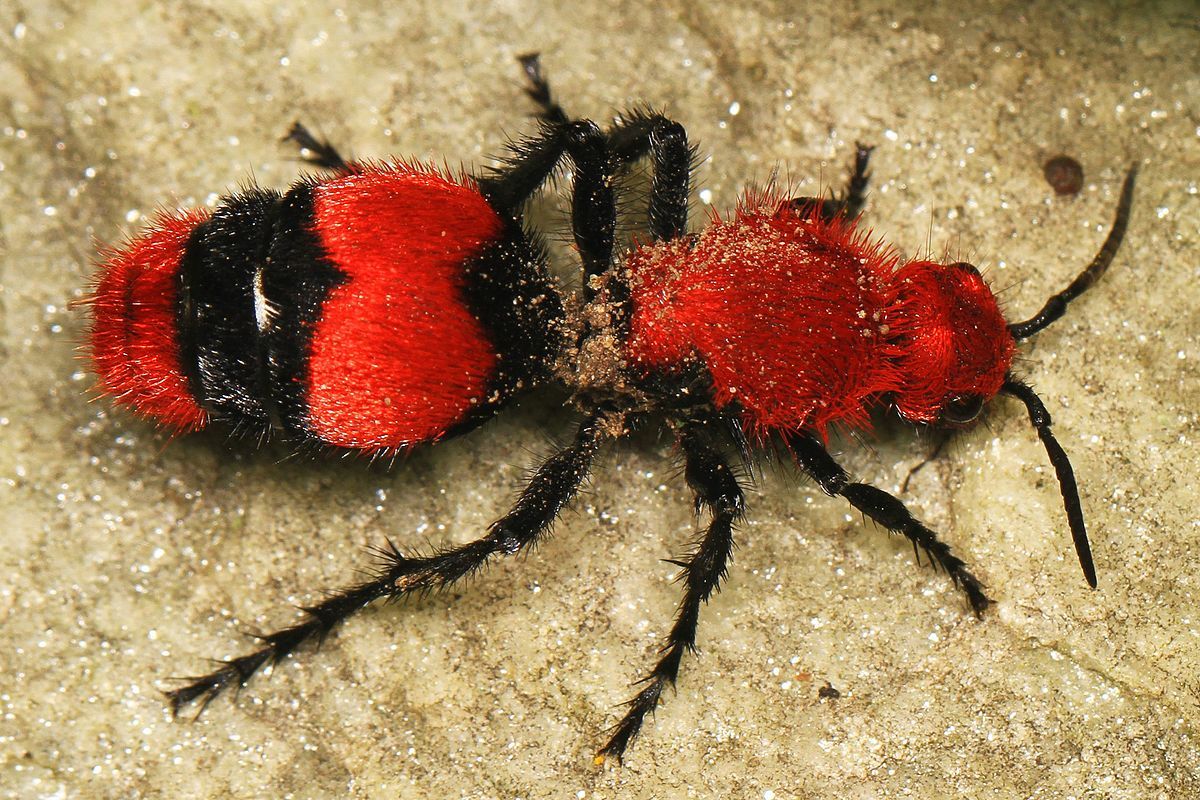 The velvet ant is a wingless wasp with an extremely painful sting. These images, as well as a near verbatim copy of the accompanying text, have been around since since they were first shared on Facebook in 2015. We aren't certain if this is where the photographs originated, but the featured insect does resemble a real wingless wasp with a powerful sting. However, the insect was somewhat erroneously identified as the "velvet cowkiller" ant, which appears to be a combination of two nicknames for the insect, the velvet ant and the cow killer ant.

The Facebook post correctly notes that "ant" is a misleading label for this insect. Dasymutilla occidentalis is a species of parasitoid wasp that mainly lives in the eastern United States:

All velvet ants belong to the family Mutillidae and have a dense pile of hair of a variety of striking colors that serve as a warning signal to potential predators. They can be found worldwide, but in Nebraska, the most common velvet ant is the cow killer ant, Dasymutilla occidentalis. They are commonly found during the summer months wandering around the yard in urban landscapes and open areas like pastures.

Ant or wasp? This insect is not an ant, but rather a wasp. The females do not have wings, so they look like ants. Not to worry though, ants and wasps are in the same order, so they do happen to share a fair number of characteristics. It does not possess a node (or two) on the waist, which is characteristic of all ants.

Here's a closer look at a female velvet ant: This wasp's nicknames are self-explanatory for the most part. The "ant" comes from the fact that the females don't have wings (although the males do). The "velvet" comes from their fuzzy and bright appearance (although they aren't always red.) But what about the "cow killer" nickname? Can these wasps really kill cows?

This wasp earned the nickname cow killer due to it's extremely painful sting. Although the pain is sometimes described as strong enough to kill a cow, these wasps do not actually hunt, feast on, or even kill cows:

The Cow Killer Ant is also known as Velvet Ant or Red Wasp. While called "ant," it is actually a wingless female wasp that can inflict a painful sting. The male wasp does have the advantage of flight. Some older folks will tell you that this brightly colored ant runs quickly over the ground, and those who used to run barefoot through fields and meadows, and who have been stung, are quite willing to fill you in on the details. So painful is their sting it is said to "kill a cow." They do not, however, kill cows.

The most frequently encountered red are not generally considered as pests, they do occasionally invade residences in large numbers. But, when left alone, no harm is done. Be aware that if a child (or adult) tries to play with this insect or accidentally steps on one, the resulting sting will remind the offending human how it got its name. The sting of the velvet ant can be severe enough to make someone think that it could kill a cow! Hence, the name "Cow Killer Ant" came to be.

The cow killer ant's stings registers a level 3 on the Schmidt sting pain index, a pain scale rating between 1 and 4 that was developed by entomologist Justin Schmidt. Although Schmidt famously allowed himself to be stung by dozens of insects in order to develop his pain scale, we don't have any footage of the entomologist's encounter with a cow killer ant.

But don't worry! Schmidt wasn't the only person brave enough (or misguided enough) to purposefully get stung in the name of science. The host of "Brave Wilderness," Coyote Peterson, posted a video of him getting stung by a velvet ant on YouTube in 2016: