Did Study Find Vegan Diet Could Be Better for Dogs' Health than Meat-Based Diets?

Vegan diets were described by researchers as “less hazardous” for dogs than conventional or raw meat-based diets. 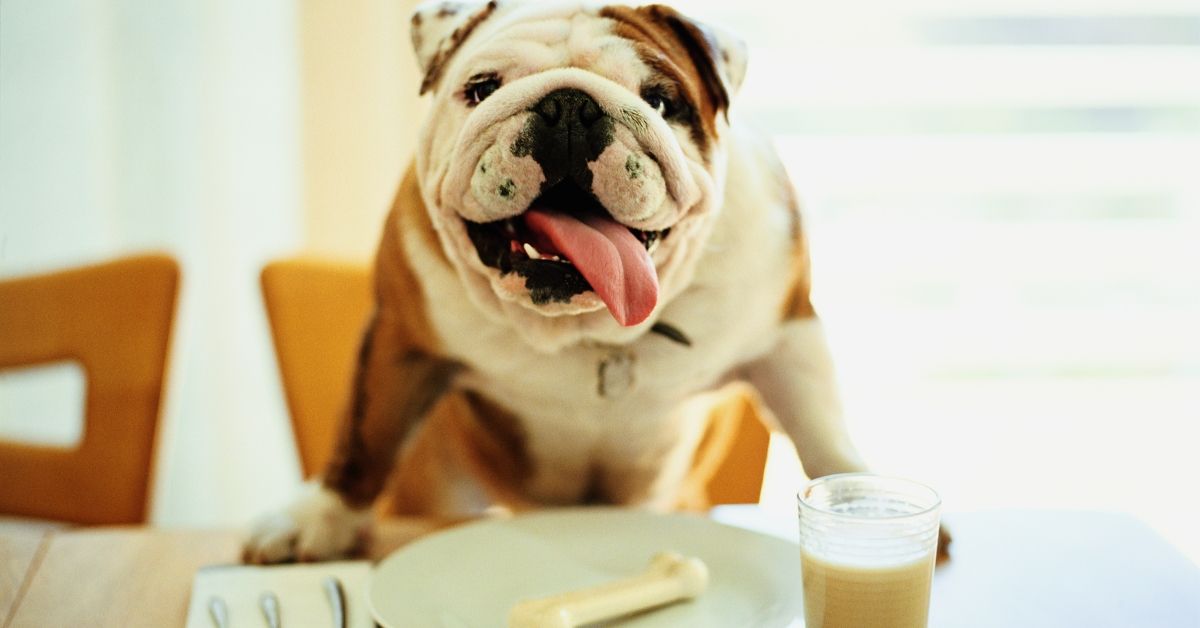 While there is some scientific evidence to suggest that both well-rounded and hygienic raw meat and vegan diets are better for dogs than conventional meat diets alone, the study team noted that more research is needed to determine which of the two is associated with better canine health outcomes as a whole.

Well-rounded vegan diets may be less hazardous and better for the health of dogs compared to conventional meat or raw meat diets, according to research published in April 2022.

Pets are multibillion-dollar industries. According to estimates published in 2018, there are 471 million pet dogs and 373 million pet cats worldwide, which sets the international worth of pet food sales at nearly 132 billion euros. Such high demand has a large impact on the environment, particularly in the sourcing of the animal and agricultural products that make up pet food. Feeding pets is also a lucrative market. In 2020, the vegan pet food market alone was worth $8.7 billion in the U.S., and was expected to grow to over $15 billion in the next six years

Because pets and their nutrition represent large shares of both the economy and its production line, researchers at the University of Winchester in the U.K. set out to determine what diets are best for the health of pets. To determine the links between diet and health, the team advertised an online survey through social media between May and December 2020 to determine the links between diet and health, and analyzed the data of more than 2,500 dogs that were included in survey responses from the pets' guardians.

Each dog had been living with its guardian for at least one year. About half were fed conventional meat-based diets, around one-third raw meat, and 13% were fed a vegan diet. The survey included questions about the dog’s health, such as veterinary visits, medications, and overall health disorders, and consulted both the guardian and a veterinarian on its health status.

“We believe our study of 2,536 dogs is by far the largest study published to date, exploring health outcomes of dogs fed vegan and meat-based diets,” wrote the researchers in a news release.

“It analyzed a range of objective data, as well as owner opinions and reported veterinary assessments of health. It revealed that the healthiest and least hazardous dietary choices for dogs, are nutritionally sound vegan diets.” Figures show the three main diets fed to the 2,536 dogs included in the survey. PLOS One

Publishing their work in the peer-reviewed journal PLOS One, the team found that overall, dogs on conventional meat diets were less healthy than those on raw meat or vegan diets. Previously it was thought that raw meat diets were linked to an increased risk of pathogen exposure, while vegan diets may result in nutritional deficiencies. But when necessary hygienic and nutritional supplements were taken into consideration, both diets were, by and large, shown to be healthier and less hazardous to the canine consumer.

“In summary, when jointly considering health outcomes and dietary hazards, our results and those of other studies indicate that the healthiest and least hazardous dietary choices for dogs, are nutritionally sound vegan diets,” concluded the researchers.

Limitations of the Study

However, there are several limitations to the study that should be taken into consideration. For one, it could be the case that dogs given a raw meat diet were not necessarily healthier than those given a conventional diet, but rather that their guardians might have been less likely to take their pets to a veterinarian. Because the frequency of veterinarian visits was considered a health indication, this internal bias may have skewed the results. Furthermore, dogs given a raw meat diet tended to be younger in age than those eating other diets, which could further explain why they were deemed healthier.

The study authors also didn’t factor in the sex or breed of each dog, a limitation that may have influence the results given that certain breeds are more prone to illness than others.

Let’s also look at the structure of the study itself. Participating guardians were asked to “consider the main ingredients within your pet’s normal diet,” which means that a pet may not have been fed the identified diet exclusively, nor were treats or other dietary supplements excluded. It was also an opinion-based study in which respondents gave their thoughts on a dog’s health in a non-standardized way. Additionally, because the survey was conducted online, this required that respondents have internet access and the time necessary to complete the survey, which may have excluded pet guardians of lower income statuses.

Lastly, there is an inherent unconscious bias within the study structure, which means that a given guardian might have been expecting a better health outcome based on the preferred diet, and this expectation could have influenced how they responded to the survey question.

While there is now scientific evidence to suggest that both raw meat and vegan diets are better than conventional diets alone, the study authors said more research is needed to determine which of the two is associated with better dog health outcomes. Dog guardians should ensure that all aspects of their dog’s nutrition are being met, regardless of primary diet preference. Check pet food labels and check with manufacturers to make sure that healthy practices are in place to provide “nutritional soundness.”

“Vegan Diets for Dogs May Be Linked with Better Health, and Could Be Less Hazardous, than Meat-Based Diets.” EurekAlert!, https://www.eurekalert.org/news-releases/948887. Accessed 13 Apr. 2022.