Does the Vatican Have Darth Vader in Its Nativity Scene? 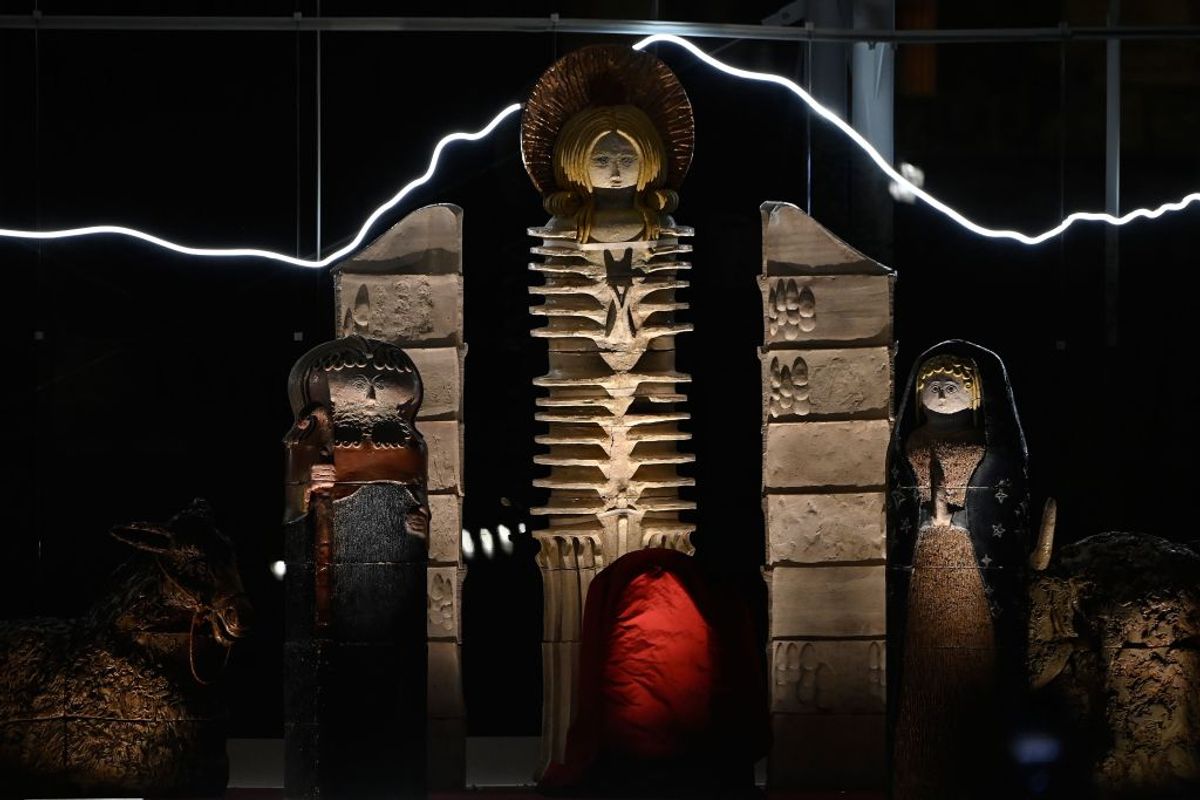 The year 2020 has been a bruiser, thanks in large part to the COVID-19 pandemic. So it seems that if Darth Vader were ever going to turn up in the Vatican's Nativity scene, it would be in the 2020 Christmas season.

However, that was not the case. The Vatican's Christmas display doesn't literally include a statue of the "Star Wars" villain, although some have made that comparison:

Every year, the Vatican puts up a different Nativity display, oftentimes drawing from various Italian towns. This year, the display comes from Castelli, a community in the Abruzzo region.

According to Vatican News, the Vatican's official news source, the figures were unveiled at the Vatican on Dec. 11, 2020. They were sculpted in Castelli by F.A. Grue art school students and teachers over the course of ten years, from 1965 to 1975. They were done in the traditional ceramic style of the region.

The first "Star Wars" movie was released in 1977, two years after the Castelli Nativity scene was completed.

Reflecting that the sculptures were made in the era of moon landings, the Nativity contains some unexpected pieces, such as an astronaut. Another figure — the one being compared to Darth Vader — is wearing a helmet and carrying a shield.

Marcello Mancini, a teacher at F.A. Grue, told Catholic News Agency (CNA) that negative reactions to the nativity display reflect a lack of understanding of the history behind it, noting, "it is a nativity scene that must be framed in the historical period in which it was produced."

The pieces at the Vatican are only part of a 54-piece set that has been displayed in Rome, as well as Jerusalem, Bethlehem, and Tel Aviv.

Mancini also stressed that the Nativity scene is a historical artifact and that it wasn't created by artisans, but by the school's students and teachers. "It is rich in symbols and signifiers that offer a non-traditional reading of the nativity scene,” Mancini told CNA.

As for the helmeted soldier figure, comparisons to Darth Vader, the fallen Jedi, may not be that far off, because Mancini said the piece represents a "great sinner."

The New York Times observed that the fiercest criticism came from conservatives who "tend to criticize Pope Francis for an overzealous spirit of inclusion that has opened the church’s doors to relativism."

Mancini said the criticism has been taken in stride, and is nothing new in terms of reactions to the non-traditional creation. Through the years, people have viewed it and said,"it’s ugly, it’s beautiful, it seems to me… it doesn’t seem to me," Mancini told CNA. “It doesn’t embarrass us.”