Did Pope Francis 'Grant Immunity' to a Vatican Diplomat Caught With Child Pornography?

A notorious fake news web site got the basic facts right about the crimes of Monsignor Carlo Alberto Capella but misrepresented the role of Pope Francis. 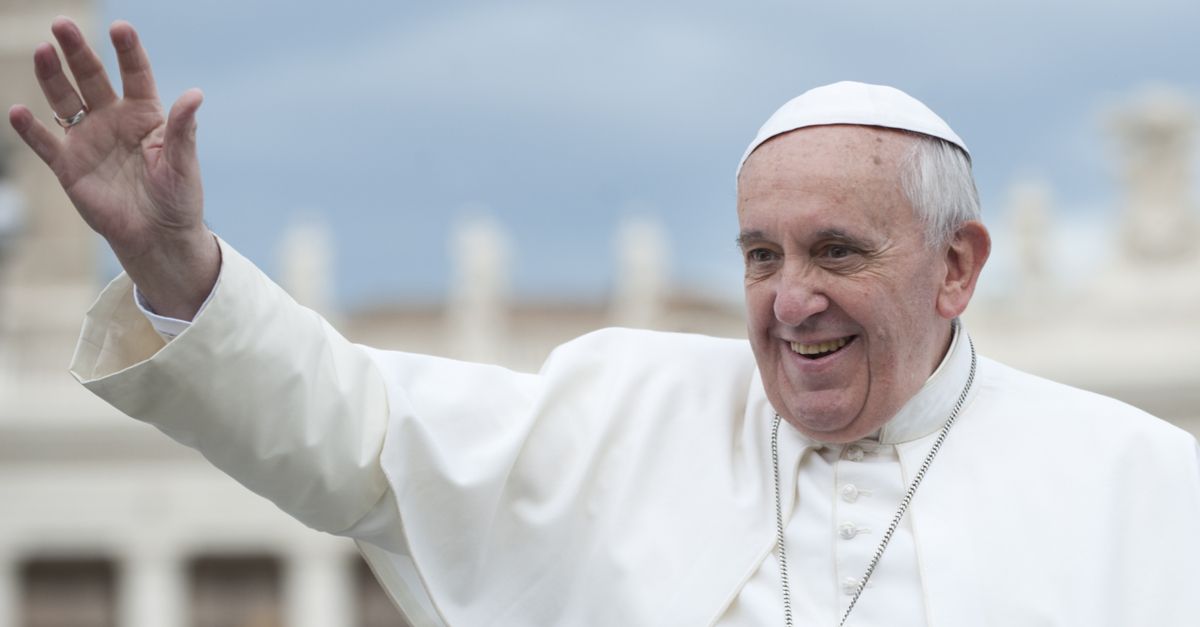 The Vatican City, led by its head of state Pope Francis, refused an American request to waive Monsignor Carlo Alberto Capella's diplomatic immunity, closing off the possibility of Capella's being prosecuted in the U.S. on child pornography charges.

Pope Francis did not grant diplomatic immunity to Capella, who already possessed that status by default as an accredited Vatican diplomat.

In June 2018, a court in the Vatican City convicted and sentenced Monsignor Carlo Alberto Capella, a former diplomat, after he admitted to possessing and distributing child pornography while commissioned in the United States.

In response, YourNewsWire.com — which has a long history of publishing misleading and inaccurate stories as well as conspiracy theories and fake news — pointed the finger at Pope Francis himself, claiming that the pontiff had "granted [Capella] diplomatic immunity" in the case.

A pedophile priest caught with child pornography while working in Washington has escaped prosecution by U.S. authorities because Pope Francis granted him diplomatic immunity, according to reports. Carlo Alberto Capella was in the U.S. as a senior Vatican diplomat when he was caught with a trove of indecent images and videos of children being sexually abused that investigators claim he was trading internationally with other pedophiles.

Described as an “open and shut case” that should have landed the pedophile priest in prison for years, the U.S. authorities were “powerless” to prosecute him after the Vatican insisted he was diplomatically immune and must be allowed to leave the country, according [to the] Reuters news agency.

Pope Francis did not "grant" Capella diplomatic immunity, since Capella was an accredited Vatican diplomat in the United States when he committed his offenses and therefore had immunity by default. However, according to reports, the Vatican did refuse a request from U.S. prosecutors to waive that diplomatic immunity, which would have left Capella open to criminal prosecution in the United States.

When Vatican authorities recalled Capella from his post in Washington in the fall of 2017, they announced that Vatican prosecutors had already opened a criminal investigation against him, suggesting that diplomatic immunity was waived in this case for the purpose of bringing Capella back to the Vatican to face justice there, which he subsequently did.

On 21 August 2017, the State Department notified the Vatican that an investigation had uncovered evidence that one of its diplomatic staff — later named as Carlo Alberto Capella — had distributed and possessed child pornography, according to a later Vatican statement.

At some point between then and mid-September, the Vatican recalled him from his diplomatic post, and he returned to the Vatican. According to an unnamed State Department official cited by the Washington Post, the U.S. had asked the Vatican to waive Capella's diplomatic immunity, but the Vatican refused to do so. This was corroborated by the Associated Press.

It is highly likely that U.S. authorities would have expelled Capella from the country, a relatively infrequent and serious move in international diplomacy, if the Vatican had not recalled him first. According to State Department guidelines, expulsion is sought in cases where there is strong evidence of a "serious" crime (that is, a felony or violent crime), and the other nation's officials refuse to waive immunity.

The criminal immunity that foreign diplomatic and some consular personnel enjoy protects them from the normal jurisdiction of the courts with respect to alleged criminal activity. However, in those instances in which a person with immunity is believed to have committed a serious offense (any felony or crime of violence) and the sending country has not acceded to the U.S. Department of State’s request for a waiver of immunity, it is the Department’s policy to require the departure of that individual from the United States.

Requiring the departure of a person who enjoys immunity is an extreme diplomatic tool, and it is used only after the most careful consideration to ensure that the United States is not perceived as having acted in an arbitrary, capricious, or prejudiced manner.

Under U.S. Code Section 2252, receiving, possessing or distributing child pornography is punishable by a fine and between five and 20 years in prison (for repeat offenders, the term can be between 15 and 40 years). This makes the offenses Capella was suspected of felonies, meaning the State Department's own policy of expulsion would likely have been implemented in his case.

In September 2017, after Capella's return to the Vatican, authorities in Canada announced that they too had been investigating his actions, and found evidence that he had possessed and shared child abuse images using a church computer during a visit to Windsor, Ontario at Christmas time in 2016. In a statement, Windsor Police wrote:

Investigators applied for and were granted judicial permission to review records related to the involved internet service provider address. Through investigation it was determined that the alleged offences occurred between December 24 - 27, 2016.  Investigators believe that the offences occurred while the suspect was visiting a place of worship in Windsor, Ontario.

Although the Vatican had already announced Capella's return to Italy, Windsor Police issued a nationwide warrant for Capella's arrest on charges of accessing, possessing and distributing child pornography. The Vatican investigation into Capella's crimes led to his arrest and imprisonment in April 2018. On 30 May 2018, he was indicted on charges of possessing and distributing a "large quantity" of child pornography; his trial began on 22 June 2018.

The Vatican City State Tribunal, composed of three judges, convicted Capella the following day, and Judge Giuseppe Dalla Torre sentenced him to five years in prison, the maximum sentence available under a child pornography law introduced in the Vatican City in 2013.  Capella did not contest the charges against him, and blamed his actions on a "personal crisis," dismissing them as "merely a bump in the road" and vowing to forge ahead in his ministry, the New York Times reported.

Monsignor Capella had diplomatic immunity by default, something bestowed upon him by the terms of the United Nations' 1961 Vienna Convention. That immunity wasn't granted to him by Pope Francis. However, it is true that the Vatican, led by its head of state Pope Francis, could have agreed to waive Capella's diplomatic immunity, but chose not to do so.

If they had, Capella would almost certainly have faced trial in the United States, the jurisdiction where his crimes took place. If convicted, he would likely have been given a prison sentence of longer than the five years he got upon his return to the Vatican. Under U.S. law, five years is the minimum sentence for possession and distribution of child pornography, whereas in the Vatican it is the maximum.