Does This Photograph Show the Offspring of a Woman Who Gave Birth to 69 Children?

How many children Valentina Vassilyeva actually birthed is a subject of dispute, but this photograph definitely has nothing to do with her. 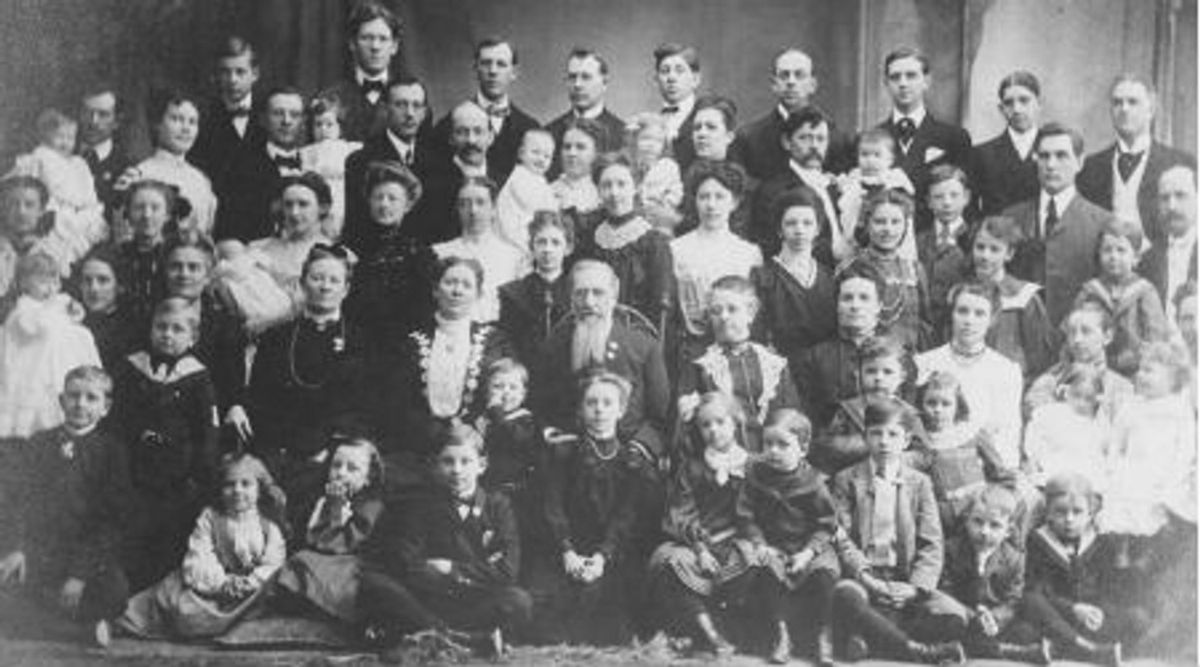 Claim:
A photograph shows the offspring of a woman who gave birth to 69 children.
Rating:

Valentina Vassilyeva was a Russian peasant who lived from 1707 to 1782 and reportedly gave birth to an astonishing number of children during her lifetime. The quantity of offspring attributed to her is usually claimed to be 69, a figure that encompasses a whopping of multiple births -- six pairs of twins, seven sets of triplets, and four sets of quadruplets:

Although some disagreement exists about how many children Valentina birthed, her prolific uterus has been fairly well documented. Clay unearthed several articles from the 1800s about Vassilyeva for her 1989 book Quadruplets and Higher Multiple Births, and while Clay admitted there were some "variations to the story," historians generally accept some truth exists behind claims about the large number of offspring who issued from Vassilyeva's womb.

The Guinness Book of World Records (which does not necessarily adhere to strict standards for documenting historical claims from centuries past) found the claim plausible enough to name Valentina Vassilyeva as "The World's Most Prolific Mother":

Vassilyev, a peasant from Shuya (near Moscow), Russia, gave birth to a total of comprising of twins, seven sets of triplets, and four sets of quadruplets. The case was reported to Moscow by the Monastery of Nikolskiy on 1782. Only two of the children born to Mme. Vassilyev in the period died in infancy.

Regardless of however many children Vassilyeva actually birthed, neither she nor her offspring are pictured in the much-circulated photograph displayed above. This picture, which appeared in an article about polygamy published in the Utah Historical Quarterly, actually shows Smith, the of the Church of Jesus Christ of Latter-Day Saints, posing with his multiple wives and children in 1904: Valentina Vassilyeva and her supposed 69 children became associated with the photograph in 2012, when the website mistakenly used the picture in an article about the Families in the World." Since then the photograph, along with Vassilyeva's incredible (albeit unrelated) birthing history, has been shared on multiple blogs and web sites.

Valentina may hold the title of "The World's Most Prolific Mother," but her husband, Feodor Vassilyev, could boast of a even larger parental achievement. The Russian peasant, who had another six sets of twins and two sets of triplets (eighteen in all) with another woman, fathered a grand total of