The famous line from "Tombstone" has some people murmuring about the "Mandela Effect." 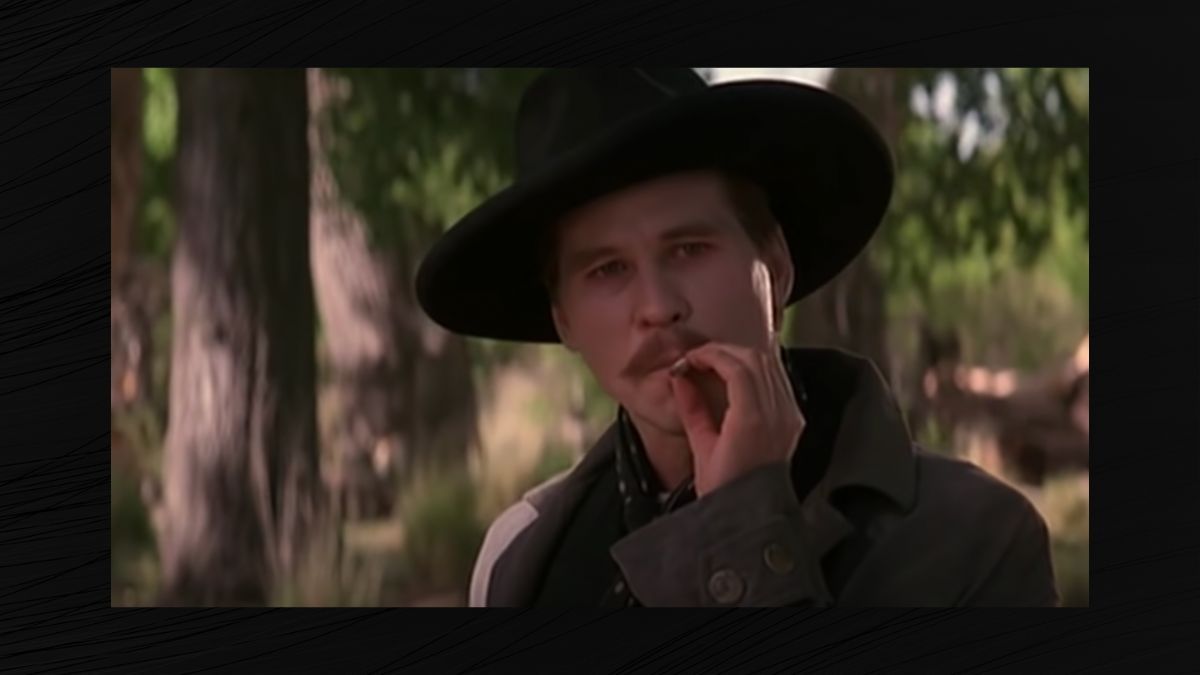 Claim:
Actor Val Kilmer, while portraying gunslinger Doc Holliday in the 1993 Western film "Tombstone," repeated the catchphrase, "I'm your huckle bearer," not "I'm your huckleberry," as is commonly thought.
Rating:

Actor Val Kilmer so iconically embodied 19th century gunslinger Doc Holliday in the movie "Tombstone" that when he said the line "I'm your huckleberry," it became part of popular culture. The phrase remains popular, even nearly three decades since the film's 1993 release.

But the popularity of the phrase had some wondering — did they misremember the exact words spoken by Kilmer in the movie, or did everyone hear it wrong the first time, and have been quoting the line erroneously ever since, in a classic case of Mandela Effect?

Some have taken to social media to express the belief that Kilmer really said, "I'm your huckle bearer," as in one popular 2021 TikTok video:

We acknowledge that, as spoken in the movie, the last syllable in the word "huckleberry" may be ripe for interpretation because Kilmer is using a Southern accent and pronouncing it more like "huckleberr-uh."

We can confirm he actually said "huckleberry," not "huckle bearer," because he said so himself on social media in 2014:

But if the source of the quote himself isn't enough to convince some, the "Tombstone" script can be found online, where readers can confirm for themselves that the line is "I'm your huckleberry," not "I'm your huckle bearer."

Kilmer also titled his memoir, you guessed it, "I'm Your Huckleberry."

Why Do Some Think Kilmer, as Doc Holliday, Said 'Huckle Bearer'?

Doc Holliday was a real historical figure who lived from 1851 to 1887. Born John Henry Holliday, he had aristocratic Southern roots and trained as a dentist, making his way out West where he gained a reputation as a gunfighter, gambler, and friend of Wyatt Earp. Holliday and his companions are famous for their role in the shootout at the O.K. Corral in Tombstone, Arizona.

Some believe that if the real Doc Holliday said any such phrase, it would have been "I'm your huckle bearer," because, they assert, the term "huckle bearer" was at that time the equivalent of "pallbearer," and Holliday, a famous gunfighter, would have meant it as a threat.

"In the South, a huckle was a casket handle. A huckle bearer would be the person carrying a coffin, essentially a pallbearer," the travel website Texas Hill Country reported in 2020.

Some sources indicate that "I'm your huckleberry," in the sense used in the movie, was an idiom in the South in the 1800s and meant, more or less, the right person who was up for whatever job or action was being proposed.

The phrase is used, for example, in the 1883 novel, "The Bread-Winners: A Social Study," by John Hay. In the book, the character Sam Sleeny utters the phrase when being complimented by another character, John Offitt.

"I like a man that can hold his tongue," Offitt says, to which Sleeny replies, "Then I'm your huckleberry."