Did a VA Hospital Replace Military Flags with a Pride Flag? 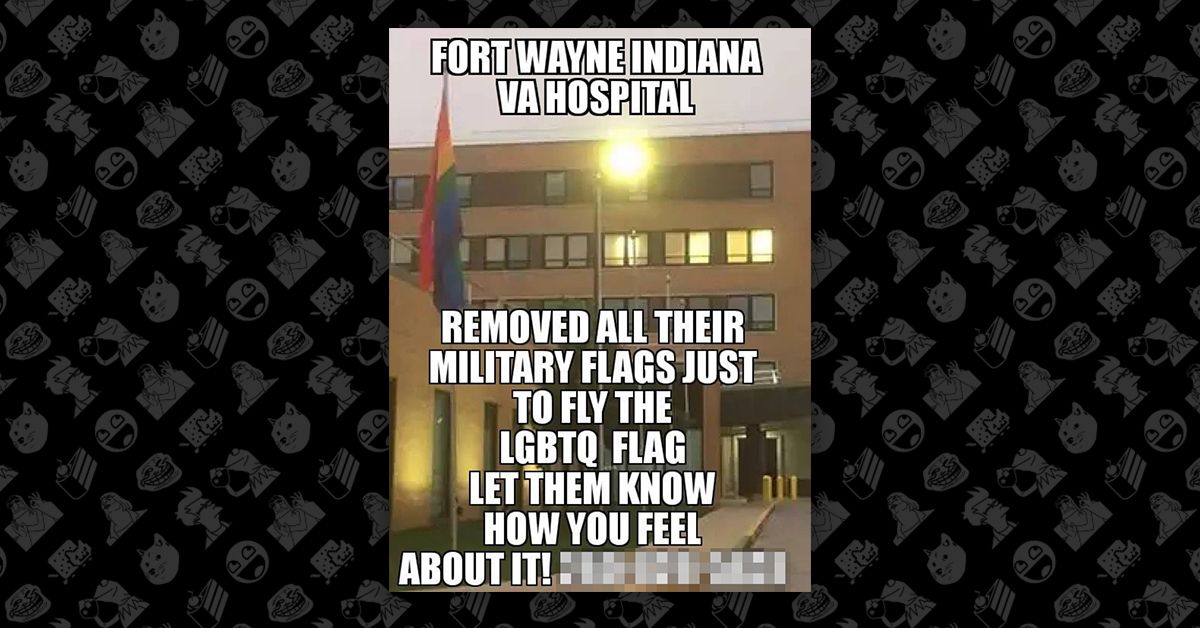 On 15 June 2018, the Facebook page "Uncle Sam's Misguided Children" shared a meme urging users to call and complain about their purported replacement of military flags with a rainbow LGBTQ pride flag at a VA hospital in Fort Wayne, Indiana: However, an earlier report from Fort Wayne television station WANE noted that the pride flag had only been up for a single day, and that all the military flags had been removed only temporarily for that one day, an action necessary so as not to disadvantage one service branch over the other:

"Logistically, we could not add a flag without removing a flag from the poles outside our VA. Rather than single out one military branch's flag to be temporarily replaced with the LGBT flag, we chose to remove all of them for one day in order to show our dedication to serving all Veterans equally."

The VA said service flags were put back up before the end of the business day.

Although the meme was correct in stating that the VA hospital raised a LGBTQ rainbow pride flag, it was only for a single day. As of 12 June 2018, all five military flags had been returned to their positions outside the facility.