The visual evidence circulated as alleged proof of law enforcement's poor response to the mass shooting that led to the deaths of 19 children and two teachers in Texas. 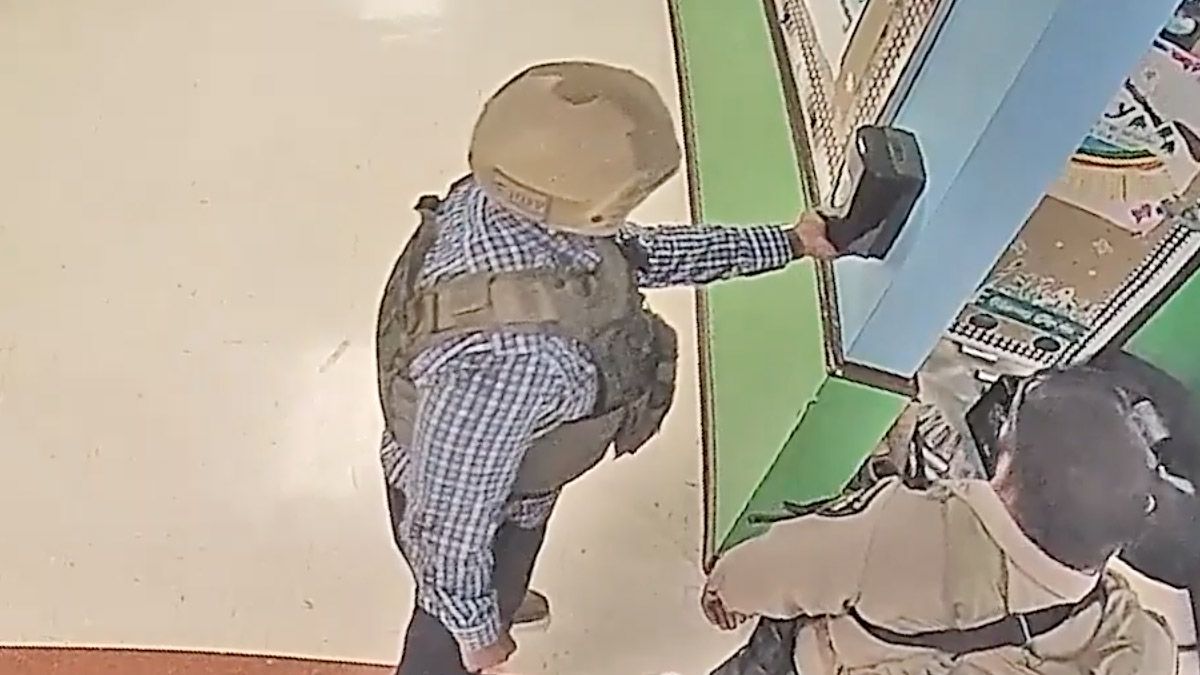 Claim:
Surveillance video from inside Robb Elementary School on May 24, 2022, showed a man in a protective vest marked "Sheriff" using hand sanitizer about an hour after the gunman entered the school and started firing.
Rating:

In an email to Snopes on July 14, 2022, Uvalde County Sheriff Ruben Nolasco said the man in the video was employed by the Uvalde County Sheriff's Office, and that "the reason for him sanitizing his hands was because he was assisting the medical team, prior to officers engaging the shooter."

On July 12, 2022, a rumor surfaced on Twitter that a "police officer" who had responded to the May 24 mass shooting at Robb Elementary School in Uvalde, Texas, allegedly paused during the bloodshed to use a hand-sanitizer dispenser on the school's hallway wall. Snopes readers asked us to investigate the legitimacy of the claim — which contained several facts, as well as an initially unverified assumption about the man's occupation. This viral tweet received hundreds of thousands of engagements.

It was true that surveillance footage, obtained and published by local journalists on July 12, depicted a man using hand sanitizer in a hallway about an hour after the gunman entered the school and began firing on May 24. The man in the video was wearing protective gear that matched the uniforms of Uvalde County sheriff's deputies, though he was not wearing the same shirt-pants uniform as them. Instead, he wore a checkered shirt underneath a vest that had the stitched word "SHERIFF" on it.

In an email to Snopes on July 14, Uvalde County Sheriff Ruben Nolasco said the man was employed by the Uvalde County Sheriff's Office, and that "the reason for him sanitizing his hands was because he was assisting the medical team, prior to officers engaging the shooter."

In the roughly 80-minute surveillance video, the man in the checkered shirt and protective vest could be seen walking over to a wall-mounted hand sanitizer dispenser at the 1:02:14 mark. (The video below begins at that moment.) The clip was obtained exclusively by the Austin American-Statesman and local TV-station, KVUE.

The moment in question took place at 12:30 p.m. local time. The footage also showed the same man looking down at his phone several times.

Near the beginning of the surveillance video, at around the five-minute mark in the above-linked YouTube clip, the gunman (18-year-old Salvador Ramos) could be seen at a classroom door. Uniformed law-enforcement officers were shown arriving at the same classroom door just two minutes and 40 seconds later. However, officers did not enter the classroom until more than an hour later, the footage showed. It was during that time that the unidentified man in protective gear used the hand-sanitizer dispenser hanging on a hallway wall, near the classroom.

In total, the surveillance footage showed that around 77 minutes passed between the moment the shooter entered the classroom and when officers engaged with him.

Nineteen children and two teachers were killed in the mass shooting in Uvalde. Joe Garcia, the husband of slain teacher Irma Garcia, also suffered a fatal heart attack two days after the incident. A family member attributed his death to grief.

We previously published a number of stories that looked into various rumors about the Uvalde school shooting. For example, within days of the deadly incident, Facebook users were sharing a highly misleading post about the gunman under the title, "More oddities re: TX School Shooter." The viral copypasta was not about defending the shooter from scrutiny. Rather, the post appeared to be designed as something that could be shared among strong supporters of the Second Amendment. The post attempted, with multiple unconfirmed rumors and falsehoods, to call attention to an unsubstantiated conspiracy to "end" the Second Amendment.

There were also baseless or false rumors about Texas Gov. Greg Abbott, a poem supposedly authored by a victim's mother, interviews by that victim's relatives and the shooter's gender identity.

On July 14, 2022, this story was updated after we received a response from Uvalde County Sheriff Ruben Nolasco.