Some people definitely fantasized about committing such an act after Roe v. Wade was overturned. 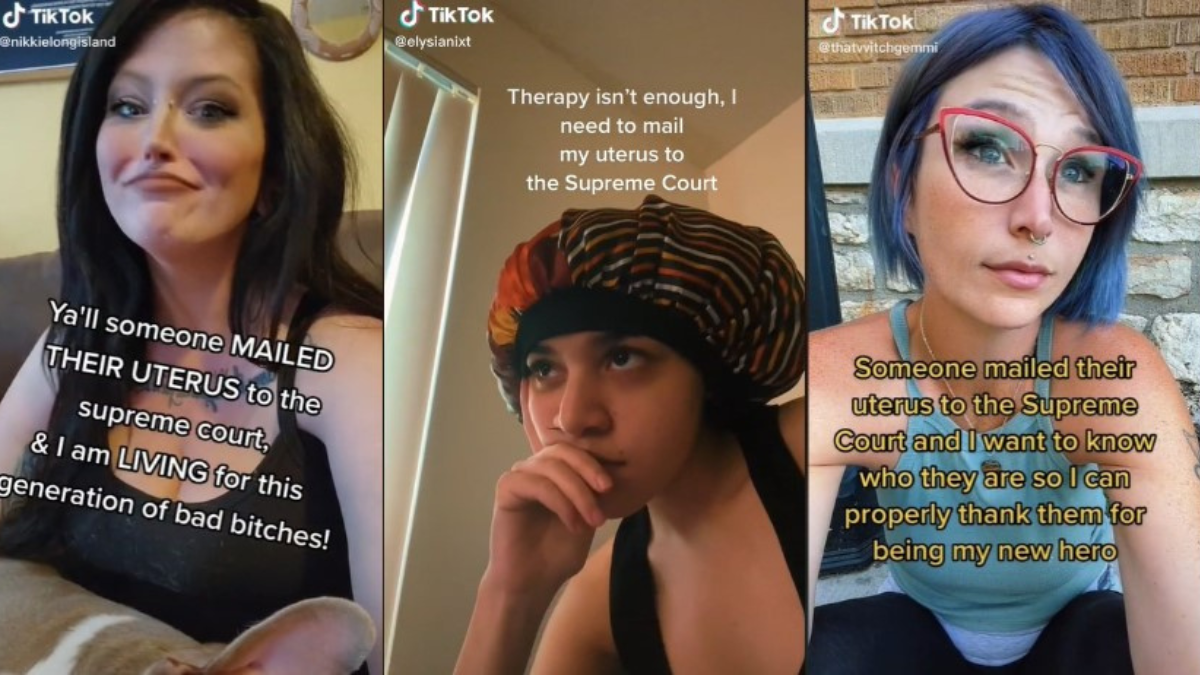 Claim:
Someone mailed their uterus to the Supreme Court to protest the overturning of Roe v. Wade in June 2022.
Rating:

In June 2022, the U.S. Supreme Court issued a ruling that overturned the 1973 Roe v. Wade decision and ended 50 years of constitutionally protected abortion rights. While many people took to the streets to protest the ruling, others used social media to share fantasy scenarios of protesting by other means. On TikTok, for example, some people fantasized about someone mailing their uterus to the Supreme Court as an act of protest:

While the above-displayed video described a potential future action ("I need to mail" vs. "I mailed"), other TikTok users shared videos claiming that someone had indeed followed through with this action.

While a number of TikTok users claimed that someone literally sent their uterus to the Supreme Court, there's no actual evidence that this happened.

Protests against the Supreme Court in the wake of the Roe v. Wade ruling garnered plenty of coverage by mainstream media outlets. If someone truly had one if their organs removed, put it in a box, sent their innards to the Supreme Court, and there were actual evidence of this, there would certainly be news coverage of the incident. However, no credible news outlets have filed any such reports.

No Photos or Videos

While there are plenty of videos on TikTok of people making this claim, none of them contain images of the alleged package or the identity of the alleged sender. In fact, most of the TikTok videos that we viewed involve imagining what it would be like for an employee of the Supreme Court to open such a package.

The claim that someone mailed their uterus to the Supreme Court is part of a larger trend on TikTok involving users claiming that some extreme action was taken by someone to protest the abortion ruling. For example, another string of videos claimed (without evidence) that the several Supreme Court justices had had their credit card numbers leaked. Social media users also claimed (without evidence) that the IP addresses of the justices had been leaked.