The USS Gabrielle Giffords, named for the former Arizona representative, is a real U.S. Navy ship, but it isn't weaponless. 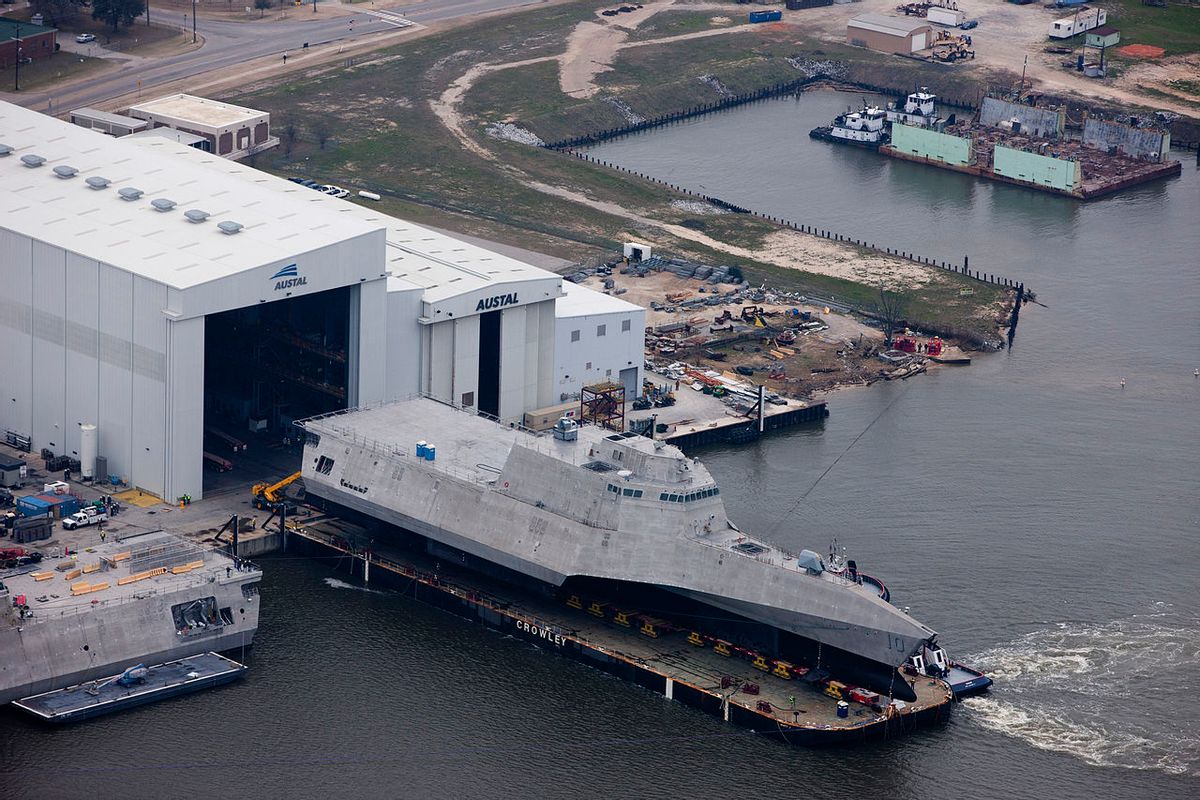 It is being reported on Facebook that the new US Navy ship, USS Gabrielle Gifford is going to be weaponless. I assume & hope that this is either satire or just plain false.

Origins:   June 2015 saw the christening of the USS Gabrielle Giffords, an Independence-class littoral combat ship of the U.S. Navy named for U.S. Representative Gabrielle Giffords of Arizona, who was shot in a 2011 assassination attempt that left her with a severe brain injury. Giffords and her husband, Mark Kelly, later started a political action committee called Americans for Responsible Solutions to promote gun control legislation.

On 13 June 2015, the Duffel Blog web site published an article positing that the ship named for Gabrielle Giffords would be the Navy's first "gun-free warship":

Seeking to honor a retired congresswoman and 2011 shooting victim in the most considerate and respectful way possible, the Navy today christened the future USS Gabrielle Giffords (LCS-10), a first-of-its-kind, gun-free warship.

Designed to hold a core crew of 40 sailors, the Independence-class littoral combat ship has been stripped bare of its Mk 110 57-millimeter gun, all four of its Mk2 .50-cal machine guns, its Evolved SeaRAM 11 cell missile launcher, and its entire cache of small arms, which are typically issued to boarding teams and watch standers.

“Having this mighty warship be 100% gun-free not only helps to honor its heroic namesake, Gabby Giffords, but it also helps the Navy to steer clear of promoting a culture of violence,” said Secretary of the Navy Ray Mabus, who reportedly lobbied hard to get Congress and the Secretary of Defense on board with leaving the Navy’s newest addition to the fleet completely defenseless.

By the following day links and excerpts referencing this article were being circulated via social media, with many of those who encountered it mistaking it for a genuine news item. However, the Duffel Blog article was just a spoof: as noted in the site's "About Us" page, they deal strictly in military-based satire and faux news: