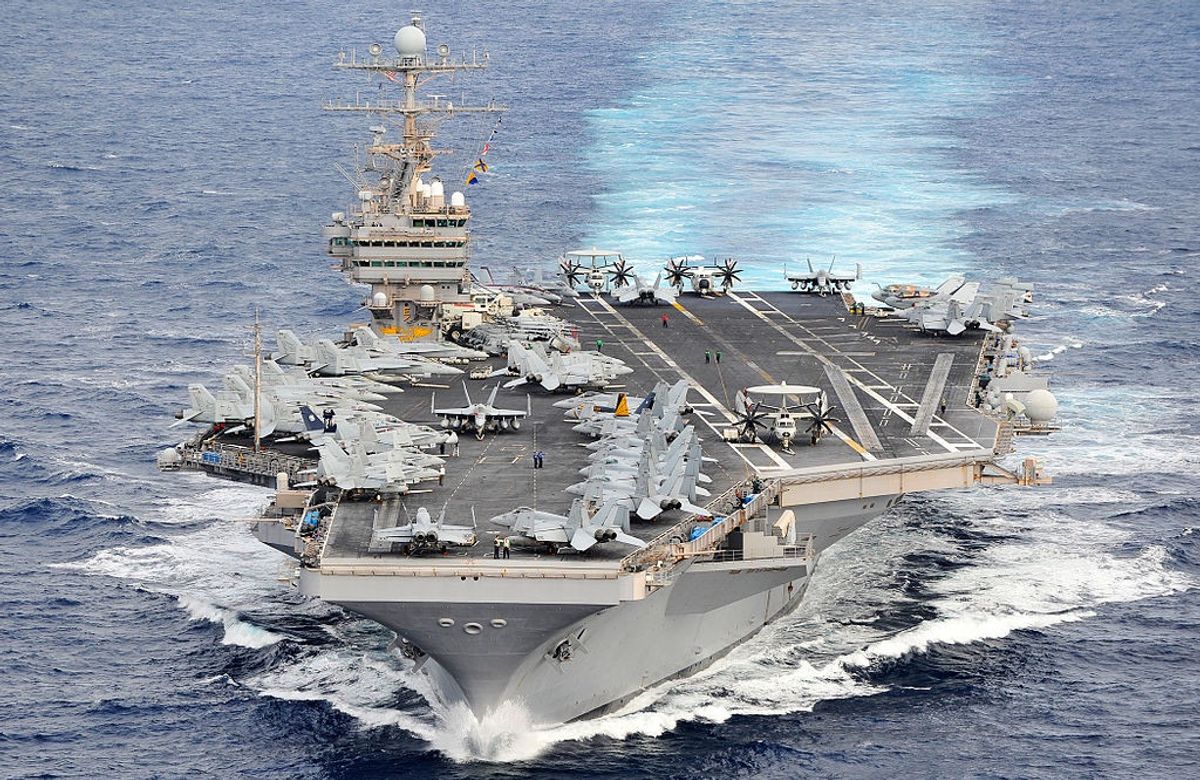 It has been three weeks since my ship, the USS Abraham Lincoln, arrived off the Sumatran coast to aid the hundreds of thousands of victims of the Dec. 26 tsunami that ravaged their coastline. I’d like to say that this has been a rewarding experience for us, but it has not: Instead, it has been a frustrating and needlessly dangerous exercise made even more difficult by the Indonesian government and a traveling circus of so-called aid workers who have invaded our spaces.

What really irritated me was a scene I witnessed in the Lincoln’s wardroom a few days ago. I went in for breakfast as I usually do, expecting to see the usual crowd of ship’s company officers in khakis and air wing aviators in flight suits, drinking coffee and exchanging rumors about when our ongoing humanitarian mission in Sumatra is going to end.

What I saw instead was a mob of civilians sitting around like they owned the place. They wore various colored vests with logos on the back including Save The Children, World Health Organization and the dreaded baby blue vest of the United Nations. Mixed in with this crowd were a bunch of reporters, cameramen and Indonesian military officers in uniform. They all carried cameras, sunglasses and fanny packs like tourists on their way to Disneyland.

My warship had been transformed into a floating hotel for a bunch of trifling do-gooders overnight.

Ed Offley, editor of the DefenseWatch magazine at SFTT.org, where the piece cited above was originally published, wrote to tell us:

I am writing to confirm the authenticity of the Ed Stanton column on the behavior of relief aid workers aboard the USS Abraham Lincoln. Following an email from a mutual friend about comments the officer had made earlier on the situation on Jan. 17, I contacted him and requested that he write a Guest Column for our online magazine. To safeguard him from retaliation I suggested he use a pen name (which we permit in such cases) and assigned him the pseudonym, Ed Stanton (Edwin Stanton was President Lincoln's secretary of war). Since posting the column, we have received over 2,200
email letters ranging from sailors aboard the Lincoln to residents of the United States, Ireland, UK and Australia. The vast majority expressed strong support for the carrier and its crew despite the idiocies described by Mr. Stanton.

Defensewatch has since published an editorial by another USS Abraham Lincoln officer who disclaims the opinions expressed in the pseudonymous "Ed Stanton" article.