Rittenhouse appeared to break down while taking the stand during his murder trial in Kenosha, Wisconsin, in November 2021. 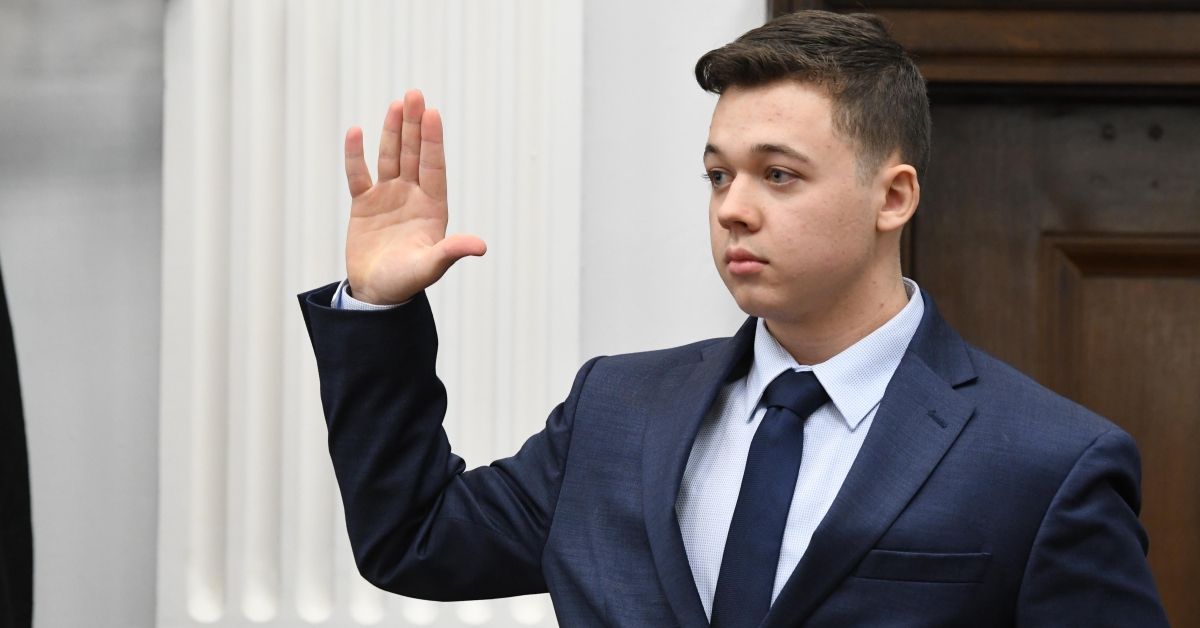 Claim:
In November 2021, USA Today published an article that described Kyle Rittenhouse as crying "crocodile tears" and engaging in a "melodramatic performance" during testimony in his trial.
Rating:

The piece was authentic, and USA Today published it on Nov. 10, 2021. However, it contained the opinions of a guest contributor, and was clearly labeled as an opinion piece, as well as including the following disclaimer: "This piece expresses the views of its author(s), separate from those of this publication."

In November 2021, news outlets reported closely on the trial of Kyle Rittenhouse, who faced several charges, including murder, for his role in a series of shootings during unrest in Kenosha, Wisconsin, in August 2020.

On Nov. 10, Rittenhouse himself took the stand, prompting intensive media scrutiny, especially surrounding a dramatic moment in which the 18-year-old appeared to become overwhelmed with emotion while recounting the events of Aug. 25, 2020, and Kenosha County Circuit Court Judge Bruce Schroeder called for a 10-minute break in proceedings:

In the aftermath of that day's events, right-leaning internet users criticized what they presented as a headline published by USA Today, which described that moment from Rittenhouse's testimony as a "melodramatic performance." On a section of Reddit devoted to "Louder With Crowder," a podcast hosted by right-wing commentator Steven Crowder, one user posted a screenshot of the purported article, along with the following caption: "Wait. This is a real article from a credible news organization?"

As a result of those basic facts, we are issuing a rating of "True." However, the screenshot shared on Reddit did not include any mention of the fact that the piece in question was an opinion column, written by a guest contributor (attorney Carli Pierson), rather than a news article or even an editorial.

In claiming that the piece was "a real article from [USA Today]", the Reddit post should have made clear that the piece was not presented by USA Today as "straight" news reporting, nor did it come with an endorsement from the publication's editors.

In fact, quite the opposite. In versions of the column viewable on desktop and mobile web browsers (though not on the mobile USA Today app) the headline is preceded by a very clearly labeled disclaimer that reads: "OPINION: This piece expresses the views of its author(s), separate from those of this publication" — the same disclaimer that appears on every USA Today opinion piece. Glumbicus. “Wait.. Wait. This Is a Real Article from a Credible News Organization?” R/LouderWithCrowder, 10 Nov. 2021, www.reddit.com/r/LouderWithCrowder/comments/qr4oq8/wait_wait_this_is_a_real_article_from_a_credible/.