Did US 'Refuse' COVID-19 Testing Kits from the World Health Organization?

Criticism over the failure to conduct immediate, widespread coronavirus testing in the U.S. focused on the availability of test kits from the WHO. 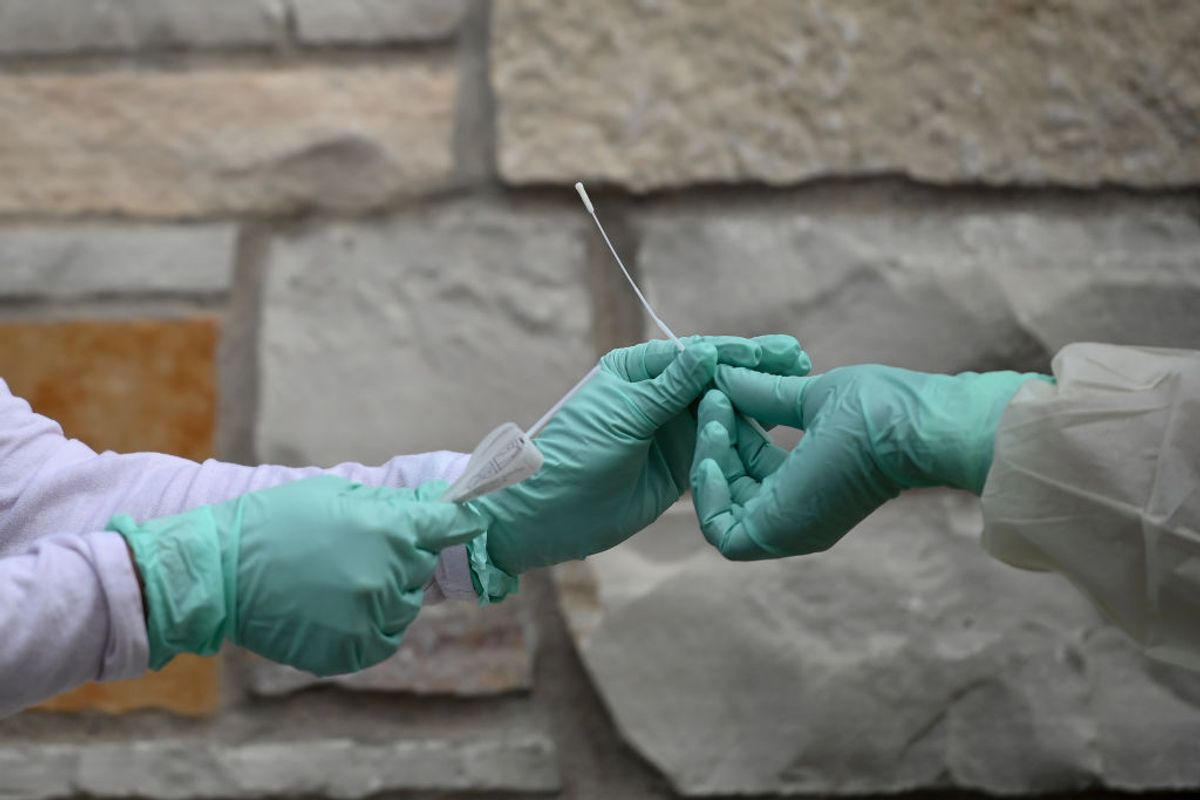 The U.S. did not use COVID-19 diagnostic tests produced by the World Health Organization (WHO) in favor of producing its own.

The U.S. did not turn down an offer to use those tests (as no such offer was extended), nor was it unusual for the United States to design and produce its own diagnostic tests in lieu of those made elsewhere.

As a COVID-19 coronavirus disease pandemic spread throughout the world in early 2020, the World Health Organization (WHO) urged countries to "test, test, test" for the virus in order to stop it from spreading. WHO officials said the global health organization had provided 1.5 million tests to 120 countries.

"You cannot fight a fire blindfolded," said WHO Director General Dr. Tedros Adhanom Ghebreyesus during a March 16 press conference. "And we cannot stop this pandemic if we don’t know who is infected."

The global health leader's comments came as state and local governments across the United States began instituting "social distancing" measures that included shuttering bars and restaurants and instructing residents to stay home and avoid large social gatherings. Despite these aggressive actions, the U.S. as a whole was lagging behind other countries and struggling to ramp up diagnostic testing for the disease despite intense pressure to do so and confirmed cases that mounted into the thousands.

The first case of COVID-19 was reported in the U.S. in Washington state in late January 2020. Around that same time, officials in China quarantined Wuhan, the city where the disease was initially detected. By the end of January, the WHO deemed the new virus a global health emergency.

Nevertheless, the U.S. was still in the early stages of rolling out testing for the disease weeks after its first case was reported, resulting in something of a scandal, as cases that could be confirmed multiplied.

According to news reports, diagnostic tests developed by the Centers for Disease Control and Prevention (CDC) were sent out by early February 2020 to public health labs in the U.S. Days later, however, labs were reporting back that the tests weren't working due to a manufacturing defect. The defective tests, coupled with regulatory red tape that prevented state laboratories from using their own tests, caused further delay.

This resulted in a bevy of accusations that the U.S. "shunned" or "refused" working tests available from WHO even as its own testing protocols fell short. As the BBC reported, "The US declined to use a test approved by the World Health Organization in January — instead, the CDC developed its own coronavirus test. However, there were manufacturing defects with the initial CDC tests which meant many of the results were inconclusive."

The accusation was even echoed on the presidential election debate stage, with 2020 Democratic candidate Joe Biden saying: "Look, the World Health Organization offered the testing kits that they have available and to give it to us now. We refused them. We did not want to buy them. We did not want to get them from them. We wanted to make sure we had our own."

We sent emails to the CDC and WHO asking about WHO's test and why it was not adopted in the U.S., but did not get a reply in time for publication. However, WHO told PolitiFact that the organization had never discussed providing testing kits to the United States, and The Washington Post reported that it's typical, historically, for the U.S. to develop its own methods under such circumstances:

China developed its own test. Leading laboratories in Germany published their own version, which was adopted by the World Health Organization. Many countries, including the United States, developed their own tests.

The traditional U.S. strategy for devising new diagnostic tests starts with the CDC. That is supposed to ensure new tests are accurate and reliable, but it also meant that other parallel approaches were not aggressively pursued.

In an interview with CNN on March 12, 2020, Dr. Anthony Fauci, director of the National Institute of Allergy and Infectious Diseases, stated that it would have been "nice to have" the WHO tests as a back-up to the CDC's tests, but characterized it as a case of hindsight being 20/20.

[DR. SANJAY] GUPTA: And, Dr. Fauci, I want to echo what Anderson said as well. Thank you very much for your service. People may not know this, Dr. Fauci is 79 years old and, I mean, you have the energy I think many of us emulate. Let me ask one more question though about this testing. I know you've talked a lot about it, but I think, you know, Dr. Fauci, there was a test.

It was being distributed around the world. WHO was using this test, I believe it was created in Germany, in Berlin, and it was being used, and yet we did not use it in this country even as a stopgap measure, even as we prepared to make our own test. And as a result, we got behind. That's a problem. And I'm just wondering, was that a mistake? Should we have used that test? Why didn't we?

FAUCI: Well, you know, Sanjay, I'm not sure that it was a mistake. But certainly, you know, if you look back and Monday morning quarterback, it would have been nice to have had a backup. But what the CDC has done over many, many years when we have things like this is to develop their own test, which is always really a good test, and to roll it out in a way that we call a public health-directed, where they give it to departments of public health.

You have a physician-patient relationship. They come in. They order the test. They get the test. It was not designed for the kind of mass distribution that we need now that we've seen in other countries. That's behind us. Looking forward, we're going very much in that direction, Sanjay, very much so.

And I think really within a relatively short period of time, you know, a week or maybe even less, we're going to start to see the ratcheting up of the availability of test. So, you know, rather than go back and play Monday morning quarterback, let's just direct where we're going.

Although Trump's political opponents and some media sources accused his administration of "refusing" to use the WHO test, Fauci's comment and various credible news reports on the topic indicate that the CDC has a standard procedure for handling diagnostic tests during an outbreak, and that protocol doesn't include using tests provided by WHO (or any other external organization). We therefore rate this claim "Mixture."

Johnson, Caroline Y. and Laurie McGinley. "What Went Wrong with the Coronavirus Tests in the U.S."   Washington Post. 7 March 2020.