Does Video Really Show a UPS Driver Dunking Over a Car?

We looked into the origins of a TikTok video reposted by ESPN that purported to show a UPS driver jumping over a car to dunk a basketball. 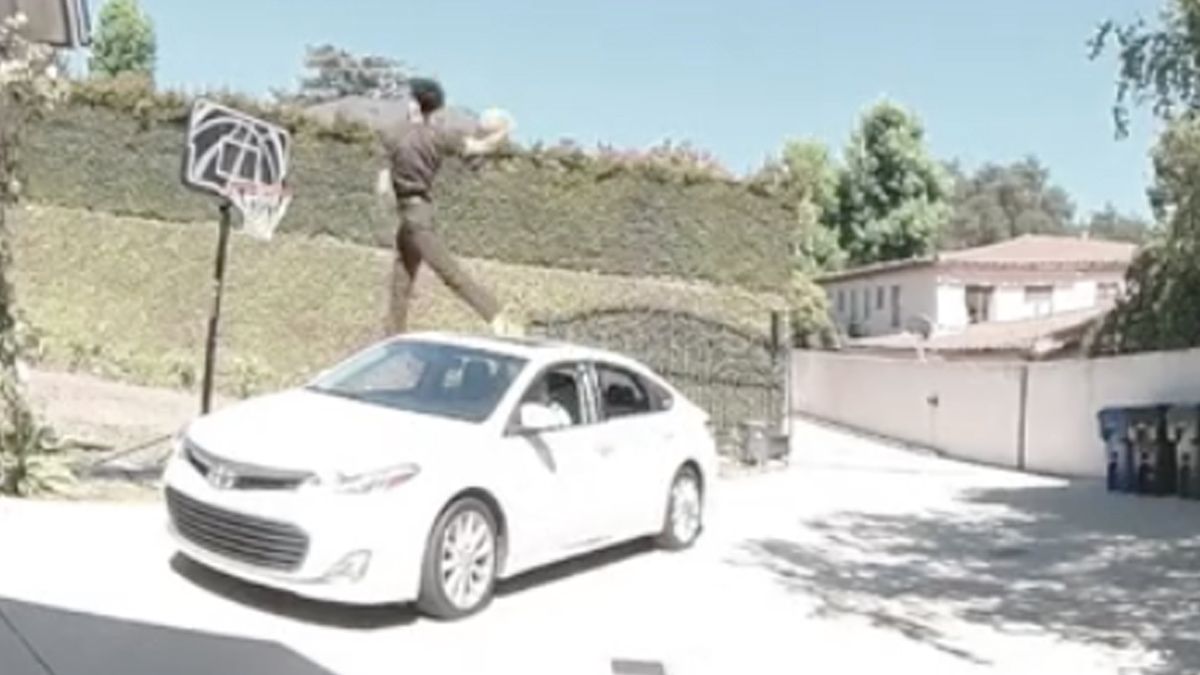 A TikTok video reposted by ESPN appeared to show a UPS driver dunking a basketball over a car in a driveway after scanning a package with a calculator app. (Image Via @chrisashley/TikTok)

Claim:
A TikTok video reposted by ESPN in mid-July 2022 genuinely showed a UPS driver dunking a basketball over a car during a package delivery.
Rating:

The video came from a TikTok user named Chris Ashley who, according to Ashley's account, makes "comedy videos with a lil vfx," meaning visual effects.

On July 15, 2022, the official TikTok channel for ESPN reposted a video that appeared to show a UPS driver scanning a package and then dunking a basketball over a car. ESPN captioned the video, "Delivery guy jumped over a CAR ?? (via @Chris Ashley) #delivery #basketball #upsdriver." The original video was posted the day before by TikTok creator @chrisashley.

We found the TikTok user from which the video originated, Chris Ashley. According to Ashley's account description, this and other videos on the creator's profile were a clever mix of comedy and visual effects. The account's bio read, "making comedy videos with a lil vfx," meaning visual effects.

On the video, TikTok users commented that they found it funny the "UPS driver" made the motion of scanning the package with a tool that didn't seem to be a real scanner. They thought it looked like a mobile phone with a calculator application running. This screenshot shows a close-up of the item the "UPS driver" used to "scan" the delivery package. (Courtesy: @chrisashley/TikTok)

We reached out to Ashley to learn about the software he used and the methods he employed to make the dunk look real. We also asked about the item that was used to "scan" the package. This story will be updated if we receive a response.

One video, however, surprised us when we learned it used no visual effects whatsoever. It was a genuine clip of a bear chasing a man through the woods, captured with a drone.

We initially believed that this clip was, at least, partially or completely fake. However, we received evidence from Dima Smirnov, the video's source, that showed the bear truly was running after the man. The bear's name was Tom and had been trained since birth. Smirnov referred to Tom as being "like a pet."