Are Unsold SUVs in This Photo 'Almost Being Given Away'?

A photograph of rows of "unsold SUVs" purportedly waiting to be "given away" was displayed in online advertisements. 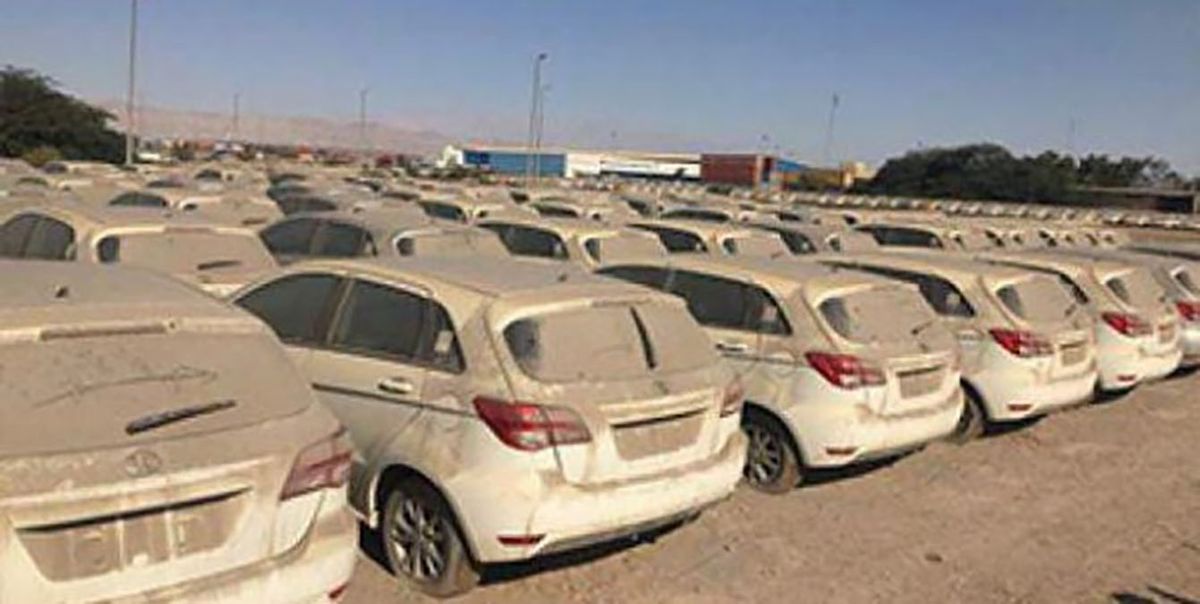 Claim:
A picture shows unsold SUVs that are "almost being given away" and can be purchased through an online ad.
Rating: We tracked down the origins of this picture.

The way that the "unsold 2020 SUVs" ad worked was that it would fill in the reader's city name, likely based on IP address. It placed that location at the beginning of the ad and likely made some people believe that it was a special deal just for their town. We previously reported that the same city name tactic was used in an ad about a man finding a gold mine in a "weird cave."

We clicked the ad to see where it would take us. It led to a page on mysearches.net which showed seven pictures of cars that were purportedly going for incredible prices. One of them with the same picture from the "unsold 2020 SUVs" ad read: "2021 SUVs Crossovers Best Prices." It's likely that these other pictures also appeared in similar online ads.

However, clicking any of these seven pictures simply opened a search on Yahoo.com that looked for cars that were for sale. There was no evidence that it led to any real "unsold 2020 SUVs" that were "almost being given away," as promised by the ad.

The photograph of the white SUVs that was featured in the ad originally came from old news stories from Iran. According to Parto News Agency and Iranian Students' News Agency, the picture showed a portion of more than 12,000 cars that arrived in Iran but were held at a depot due to an import ban. It's unclear when exactly the "unsold 2020 SUVs" photograph from the ad was captured, but the news of the ban appeared to go back to at least 2016.

On May 3, 2016, Reuters reported that the country had placed a ban on American cars. It published: "Iran has banned the import of Chevrolet cars, a week after Supreme Leader Ayatollah Ali Khamenei criticized imports of U.S. autos and asked the government to support domestic production." This perhaps left the thousands of cars stuck at the depot in customs that eventually resulted in the photograph being shot of the white SUVs.

In sum, the "unsold 2020 SUVs" ad that promised the vehicles were "almost being given away" was misleading and simply led to Yahoo search results.

“Announcement of the status of 2249 cars to the Ministry of Economy / Wandering of spoiled luxuries!” Iranian Students’ News Agency, 25 Oct. 2021, https://www.isna.ir/news/1400080301446/.
“Announcing the Status of More than Two Thousand Depot Vehicles to the Ministry of Economy.” Parto News Agency, 25 Oct. 2021, https://partonews.ir/en/announcing-the-status-of-more-than-two-thousand-depot-vehicles-to-the-ministry-of-economy/.
“Iran Bans Import of Chevrolet Cars.” Reuters, 3 May 2016, https://www.reuters.com/article/iran-imports-chevrolet-idUSL5N1804U8.