Did a TikTok Reveal the Secret to Unlock Any iPhone?

A TikTok video that promised "How to Unlock Anybody's iPhone" was viewed millions of times. 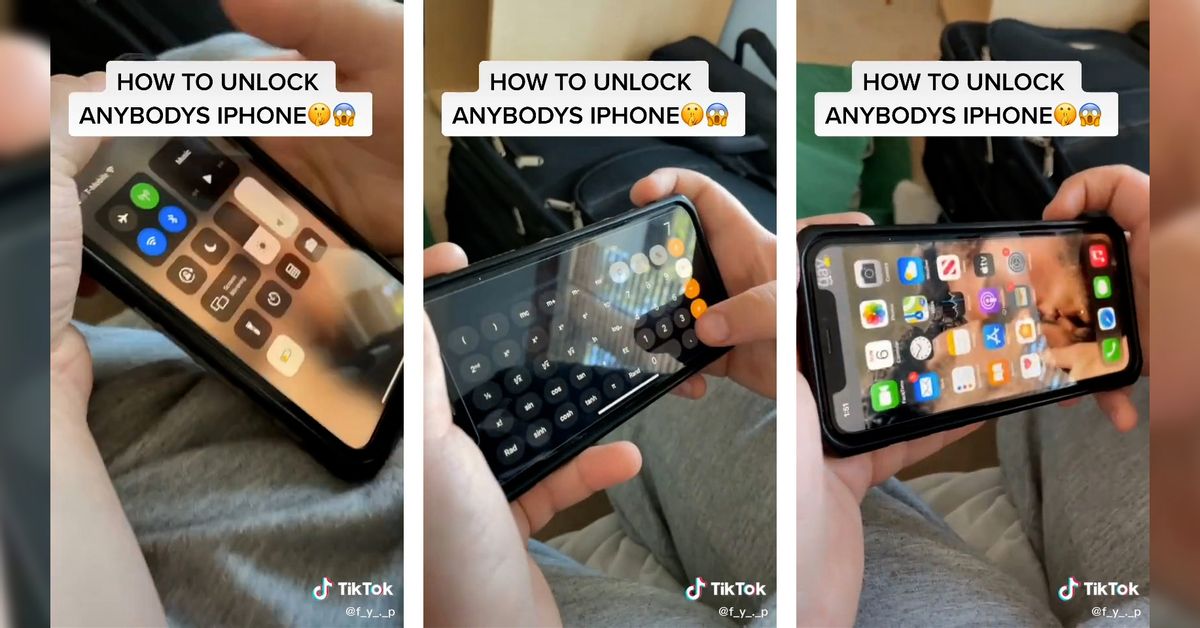 Claim:
A locked iPhone can be unlocked with a secret code in Apple's Calculator app.
Rating:

Since at least 2019, TikTok has sort of become the modern-day, go-to spot for watching videos that purportedly expose or reveal secrets about a variety of topics.

On Dec. 7, 2020, TikTok user @f_y_._p posted a video that claimed to show "How to Unlock Anybody's iPhone." After three days, it had been viewed nearly 4 million times.

The video showed what appeared to be a child covering the top of an iPhone to stop facial recognition from automatically unlocking the device. (Face ID is Apple's technology for facial recognition, and is a security component in iPhone devices that allows iPhone owners to unlock their device with ease, simply by looking at it.)

The person in the video covered the front camera on the phone for the purpose of the demonstration in the video. A series of onscreen buttons were then tapped. The Calculator app was opened. In the calculator, the combination "7x4+EE=C" was tapped. The user then swiped up, and the iPhone appeared to unlock.

What appeared to be a secret code was actually nothing of the sort. While the person in the video covered up the camera at the beginning of the video, he or she later removed the hand from covering the camera. The iPhone unlocked not because of a secret code, but rather because it recognized its owner.

For some readers, this may have brought back memories of the early days of computer labs and Windows 98. With an early version of Windows such as Windows 98, it was possible to open an internet browser even if the administrator had restricted access to the internet.

A YouTube video showed a similar exploit in Windows 98.

Reminds me of how we had Windows 98 computers at school which required an administrator password to access the internet, else the system was limited to a few applications. We managed by opening a text editor or Word or whatever, file -> open, right-click a file, Explore which gave you access to the file system.

Typing in an URL in the address bar changed windows explorer to internet explorer (a feature which MS later had to pay a fine and a browser selection window for), and huzzah, internets!