Did a UK University Ban Clapping at Student Events?

The University of Manchester Student Union caught flak online for their proposal encouraging the use of British Sign Language at some events. 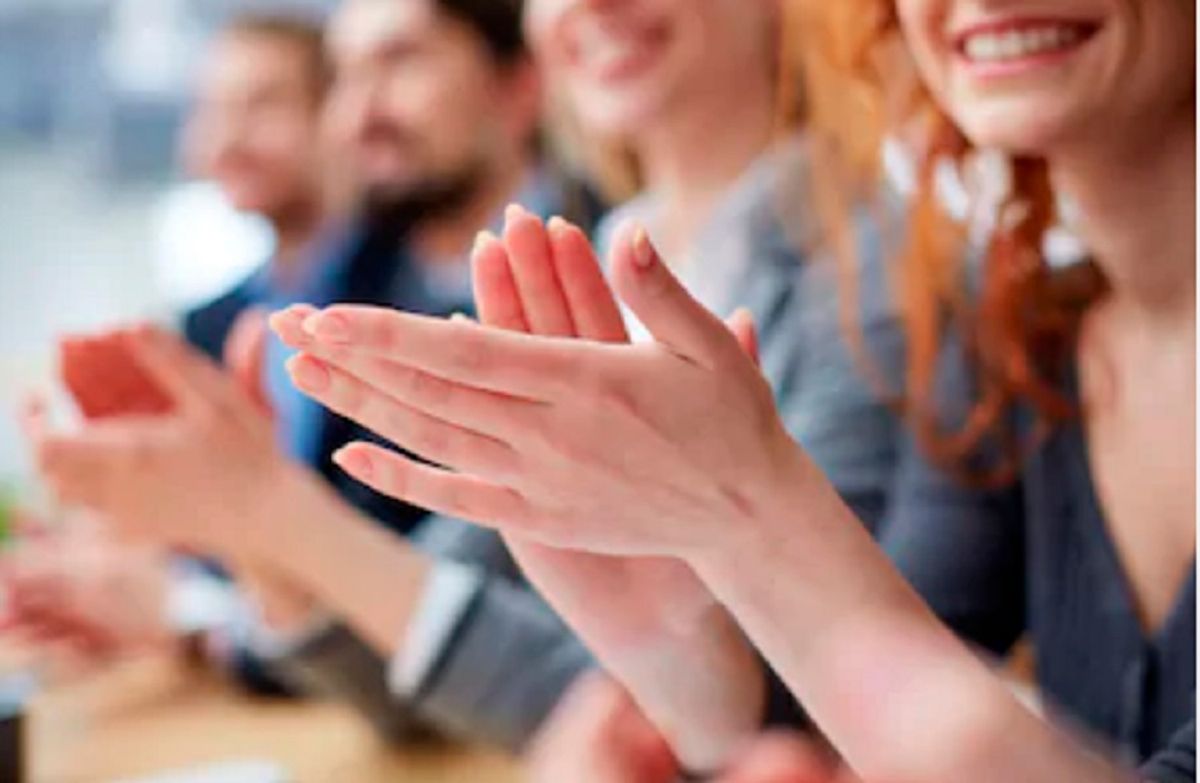 Claim:
The student union at the University of Manchester instituted a ban on audible clapping during their events.
Rating:

The student union at the University of Manchester in England received unwanted attention online following reports of what was described as a "clapping ban" during some of their events.

The union voted on 27 September 2018 to "swap audible clapping out for British Sign Language (BSL) clapping," in which participants wave their hands, during "democratic events" related to student union policy.

"[Clapping] can trigger issues for students who have autism, sensory issues, and deafness. And it can discourage them from being present at those events," said Sara Khan, the union's liberation and access officer.

While the move was mocked on social media, critics failed to point out that according to a union statement, the encouragement of BSL clapping had a limited scope:

The policy was proposed in order to encourage the use of British Sign Language (BSL) clapping during our democratic events to make those events more accessible and inclusive for all. We are not banning audible clapping -- we understand that some people may be more comfortable to continue using it.

Nor are we applying this motion to all events held at the Students' Union. The Union holds a huge number of events, including gigs, theatre productions and sport. This policy has no bearing on those events which make up the majority of a packed calendar at the Students' Union. It is only intended to be encouraged at the Union’s democratic events – those in which our members are invited to participate in decision making which affects the democratic organisation of the Students’ Union. In fact, those democratic events make up a relatively small number of meetings inside the organisation each year.

We have already received many positive responses from disabled students (some of whom are deaf or autistic), who are pleased to feel more included in our democratic process. Some of them plan to attend upcoming democratic events at the Union for the first time, thanks to this policy.

The group also said that contrary to media "inaccuracies," they did not plan to institute a ban on audible clapping:

The language in the original policy, proposed to Senate by Liberation & Access Exec Officer Sara Khan, resolved: “to swap audible clapping out for BSL clapping at SU events in order to make them more accessible”, and secondly, “to encourage student groups and societies to do the same, and to include BSL clapping as a part of inclusion training.”

However, the SU have since clarified in a new official statement that they “are not banning audible clapping” and that the policy resolves to “encourage British Sign Language (BSL) clapping during our democratic events only.

The country's National Union of Students (NUS), an umbrella organization comprising student unions from more than 600 such groups, has reportedly used BSL at some events since 2015.