A statement from the famed theme park indicated it has a dress policy to avoid confusion. 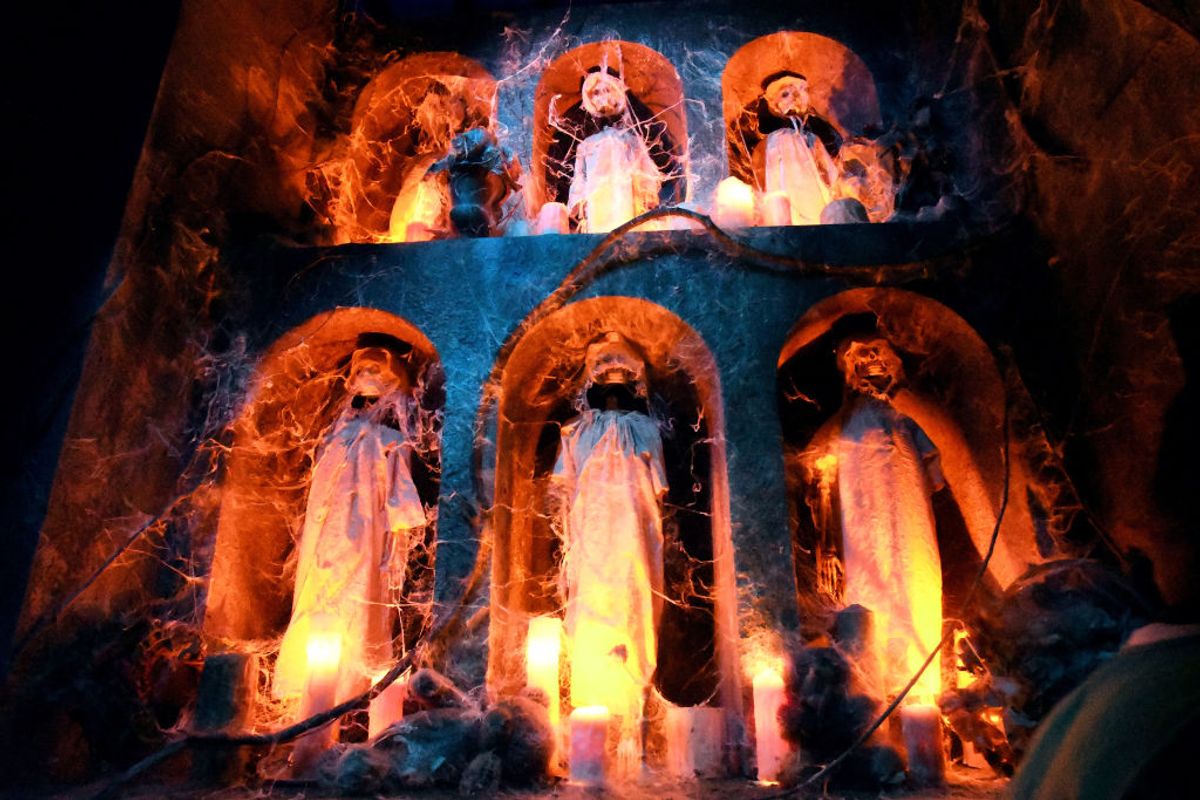 Vince Champion was temporarily stopped at the entrance to Universal Orlando Resort because he was wearing a T-shirt with the words "Retired Police Officer" across the front.

Champion, who is in fact a retired police officer, was eventually allowed into the park while wearing the shirt.

A Florida retiree wearing a T-shirt that read "Retired Police Officer" across the front was temporarily prevented from entering the Universal Studios theme park in Orlando, Florida, sparking internet outrage.

Yes, the man, Vince Champion of Ormond Beach, Florida, was stopped at the gate by park employees, because Universal Orlando Resort has a policy that guests are not allowed to wear clothing that could be mistaken for those belonging to active emergency personnel. Perhaps missing in some of the internet outrage, though, was the fact Champion was eventually allowed inside.

Champion told local news station WESH that he and his girlfriend went to the resort on Nov. 1, 2019, to enjoy the park's new "Halloween Horror Nights" exhibit, but that he was stopped at the entrance by security guards, who told him he couldn't go in wearing anything that said "police officer" on it. In addition to the words on the shirt's front, the back of Champion's shirt had a picture of a skull over an American flag with a blue stripe through the middle and the words, "My time in uniform is over but my watch never ends."

Park policy states that guests aren't allowed inside while wearing anything "that represents someone as emergency personnel," although Champion countered that he didn't believe his T-shirt could be mistaken for an on-duty uniform. He also told WESH that even if it was mistaken, he is still a reserve officer and could help in the event of an emergency. Staff let him in.

We contacted a spokesperson for the park, who confirmed Champion's own statement that he was briefly stopped but eventually admitted into the park wearing the shirt.

Although the park issued a statement that said the policy was intended to avoid confusion, Champion told WESH that he believed he was "profiled as law enforcement, properly so, and that's why you didn't want me in there."

A statement from a park spokesperson to WESH said the intent of the policy is not to pick on guests with law-enforcement backgrounds: "We want our guests and team members to be able to easily identify active, working, law enforcement. We do not permit guests to wear clothing or items that could cause confusion."