Has the US Redesigned Its Flag Before?

Singer Macy Gray sparked some strong opinions when she published an op-ed calling for a “new flag” that “represents all states and all of us.” 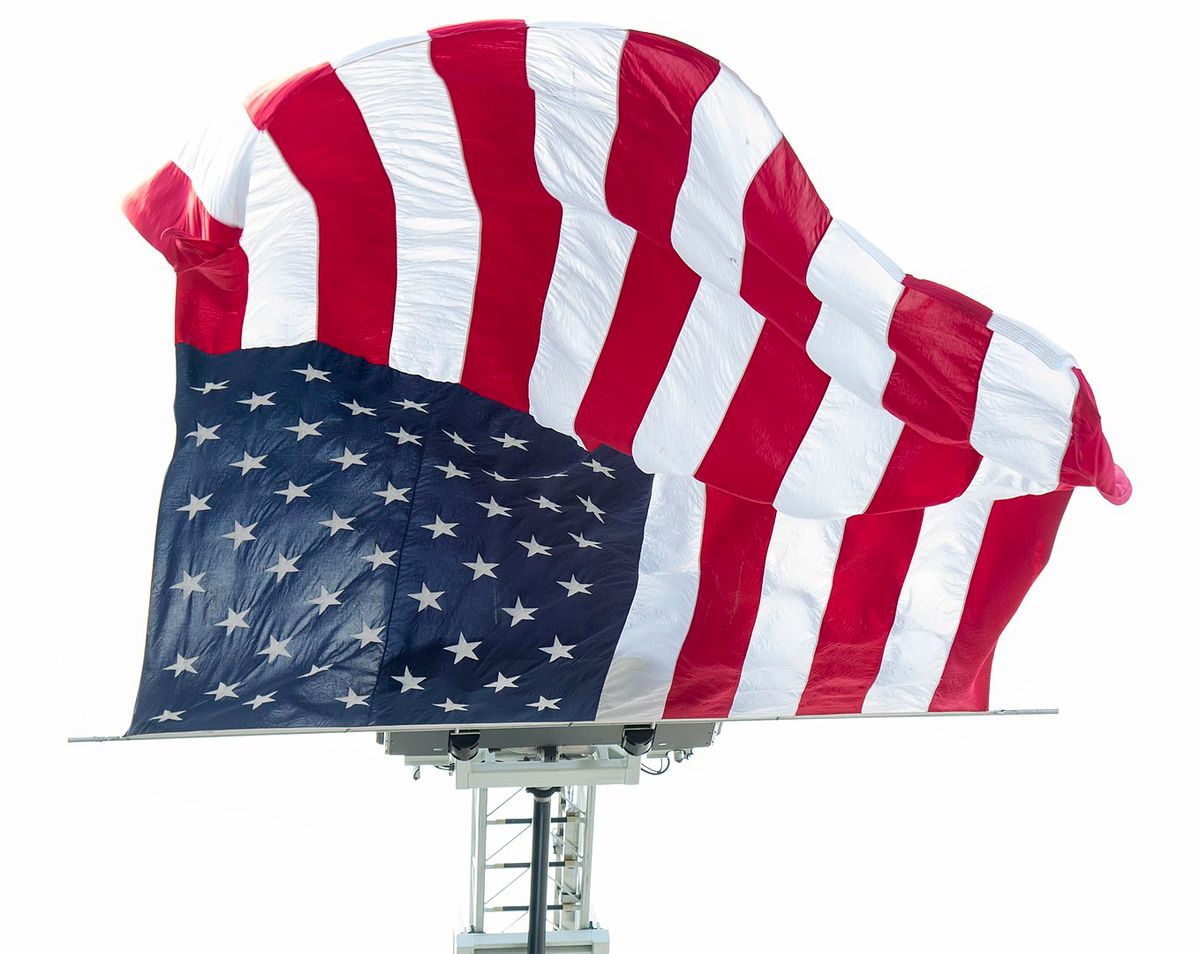 Claim:
The U.S. flag has been redesigned several times over its long history.
Rating:

Previous redesigns of the American flag largely took place as more states joined the union, and not in response to criticisms of what the flag represented.

Singer Macy Gray wrote a fiery op-ed in Marketwatch on June 19, 2021, calling for a redesign of the American flag, emphasizing that it had been done before.

In the op-ed, she referenced the Jan. 6, 2021, rioting at the U.S. Capitol saying the American flag was widely visible there, and, for her, had become akin to the Confederate flag, which was “crafted as a symbol of opposition to the abolishment of slavery.”

President Biden, Madame Harris and members of Congress: the American flag has been hijacked as code for a specific belief. God bless those believers, they can have it. Like the Confederate, it is tattered, dated, divisive, and incorrect. It no longer represents democracy and freedom. It no longer represents ALL of us. It’s not fair to be forced to honor it. It’s time for a new flag.

Gray’s suggestion included incorporating 52 stars instead of 50, to give Puerto Rico and Washington, D.C., statehood. She added:

What if the stripes were OFF-white? What if there were 52 stars to include D.C. and Puerto Rico? What if the stars were the colors of ALL of us — your skin tone and mine — like the melanin scale? The blue square represents vigilance and perseverance; and the red stripes stand for valor. America is all of those things. So, what if those elements on the flag remained?

Some readers appeared to take Gray's criticism of Old Glory as an affront on America or its veterans. Perhaps in anticipation of that, Gray pointed to the fact that the U.S. flag was redesigned in fairly recent history to incorporate new states of Hawaii and Alaska: "In 1959, 17-year-old Bob Heft designed the current flag for a school project when there were only 48 states. Hawaii and Alaska were up for statehood and Bob had a hunch they’d get the nod. He crafted a NEW flag with 50 stars for the then-future, because things had changed."

This did indeed take place. The Eisenhower Library website described how starting in 1953, the administration was considering incorporating a new flag with the potential new states of Alaska and Hawaii. According to the library:

From the first year of the Eisenhower administration the public had anticipated that Alaska and Hawaii might be added as new states and that a new flag design would be needed. The earliest submission of a 50-star flag design came in 1953, but the bulk of the submissions began pouring in after the admission of Alaska in 1958. By the time the official design was declared for the 50-star flag more than 3,000 people had sent in their ideas, some of them submitting multiple designs. The designs came in a wide range of media from simple pencil sketches to professionally constructed flags. This was an especially popular project for elementary school children who expressed their ideas with construction paper, crayons, tempera paint and tiny stick-on stars.

StoryCorps dove into the story of Robert "Bob" Heft, whose 50-star flag was one of the submissions. During his junior year of high school in Ohio, he designed the new flag for an American history project in 1958. He made the flag by cutting up an old flag given to his parents as a wedding present. His teacher was unimpressed, according to Heft’s own account, and gave him a B-, and asked him if he knew how many states were in the US, and said “If you don’t like the grade, get it accepted in Washington then come back and see me.”

Heft submitted his design and said he wrote 21 letters to the White House and made 18 phone calls about his submission.

The flag was officially accepted by U.S. President Dwight Eisenhower two years after Heft first designed it. Eisenhower called Heft up and invited him to Washington, D.C., for the official ceremony adopting the 50-star flag. The flag was raised over Fort McHenry National Historic Site on July 4, 1960. Heft’s teacher even went back and changed the grade to an A.

While Heft reportedly designed the flag in 1958, designs for the 50-star flag were submitted by August 1959, and it was accepted officially in 1960.

The flag had been redesigned even before that, with 49-stars earlier in 1959, as Alaska was recognized as a state before Hawaii. Between 1777 and 1960, Congress passed numerous acts changing the shape, arrangement, and design of elements of the flag. We should note that previous redesigns had little to do with the meaning of the flag, were largely undertaken when states joined the union, and were not done in response to criticisms of the flag.

On 30 June 2022, a Slate investigation looked into Heft's story about designing the American flag and concluded that he made it up, even though it was cited by the Smithsonian, and other outlets including our own. The investigation found that, "While he did make a 50-star flag for his history class, and Pratt may even have agreed to change the grade if it were accepted by the government, everything else in the usual account is a lie that Heft embellished for nearly half a century."

At the heart of the investigation were inconsistencies in Heft's account:

Heft consistently said that he witnessed the debut of the 50-star flag in Washington on July 4, 1960, in the company of the president. All three elements of this narrative are demonstrably false. An item in the Eagle-Gazette reveals that Heft actually spent that Independence Day at a family reunion in Ohio with his grandparents. Eisenhower himself was at his farm in Gettysburg, Pennsylvania, and he only returned to the White House in the evening. The ceremonial hoisting of the first 50-star flag didn’t even take place in Washington, but at Fort McHenry in Baltimore, where it was raised many hours earlier, at one minute after midnight. [...]

Needless to say, no evidence survives of Heft’s triumphant return to Lancaster, which he said was covered by television cameras and dozens of print and radio reporters. In reality, when Heft was mentioned again in the local paper in November, he was identified merely as the “creator of the first 50-star handmade flag to fly over the Capitol building, the United Nations building, and other Washington government buildings,” although the article still asserted that he was scheduled to be featured on I’ve Got a Secret.

Given that Heft's claims about being the designer of the American flag appear suspect or altogether false, but our original point about the history of the U.S. flag redesign still stands, the claim rating remains "True."