Did University Drop ‘Gator Bait’ Cheer Over Its Historical Connection to Racist Imagery?

A national reckoning over racism and police brutality against Black people has bled into university sports, including in Florida. 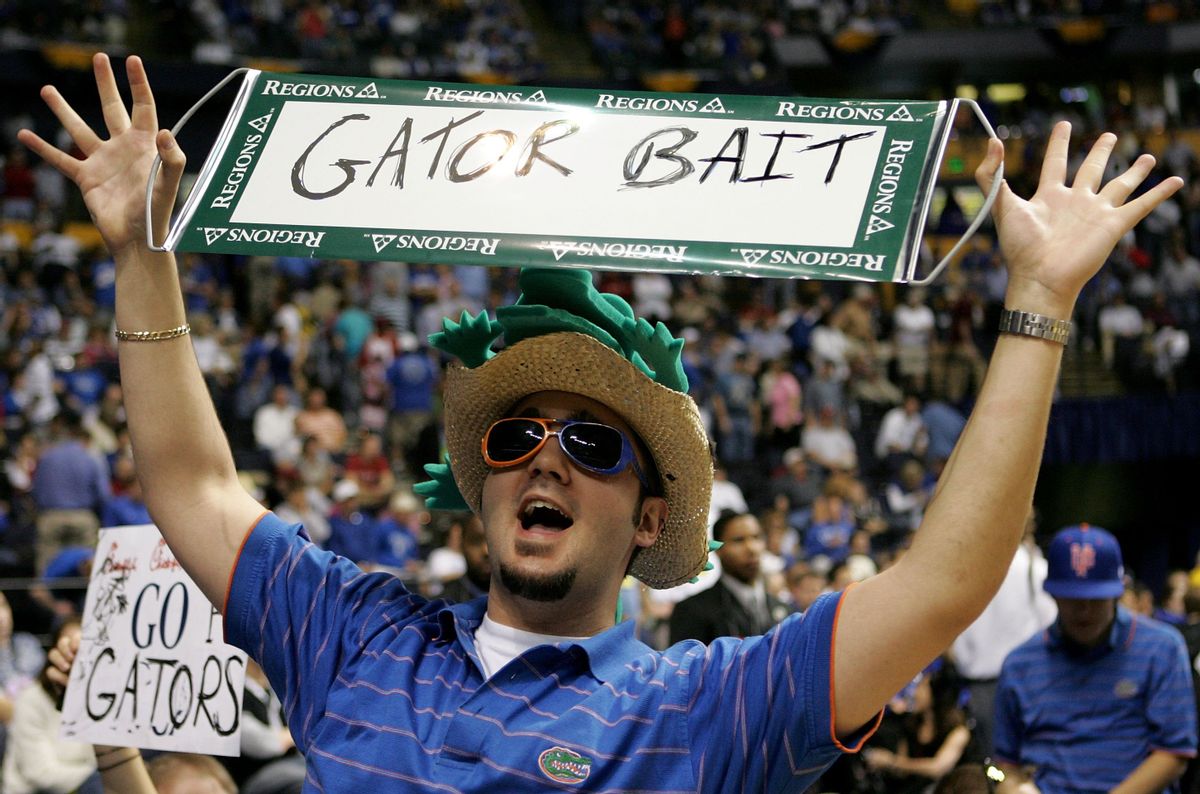 Claim:
University of Florida dropped its “Gator Bait” cheer used at sporting events due to the phrase's invocation of a history of racist imagery of Black children being used as "alligator bait."
Rating:

In the summer and spring of 2020, as protests against institutional racism and police brutality spread across the United States, sports institutions began to look at their own relationships to racist rituals. The police-custody death of a Black man, George Floyd, in May led to a national reckoning around race, including at the University of Florida, which decided to ban the “Gator Bait,” a traditional cheer used at sporting events, for its association with racist imagery.

In June 2020, the university President Kent Fuchs announced a list of steps the university was taking to combat racism. One of these included “moving forward with symbolism and behavior consistent with our values.” He addressed the “Gator Bait” cheer as one such example:

While I know of no evidence of racism associated with our "Gator Bait" cheer at UF sporting events, there is horrific historic racist imagery associated with the phrase. Accordingly University Athletics and the Gator Band will discontinue the use of the cheer.

The cheer involves fans shouting “Gator Bait” and using their arms to mimic an alligator’s mouth chomping when the band plays a school tune associated with the cheer.

According to the Jim Crow Museum of Racist Memorabilia at Ferris State University, Black children in the South were in fact sometimes used to bait alligators in the late 1800s and early 1900s, though the historicity of that claim is in question. Snopes itself conducted a 2017 investigation into the alleged practice and found a plethora of examples of images and songs in popular culture illustrating this racist trope. Conversations with historians and archival research offered us little evidence that such incidents actually took place, but we also couldn't actually prove that this cruel practice never took place. Like other demeaning stereotypes about Black people, the notion that dark-skinned children were a favorite food of alligators and crocodiles was commonplace in the antebellum United States.

Regardless, according to their own statements the University of Florida's awareness of the dark racist history of terms like "alligator bait" led to their discontinuing use of the cheer at sporting events. As such, we rate this claim as "True."