Yes, These Fishermen Are Walking Upside Down Underwater

A video featuring an optical illusion underwater has been popular for years. 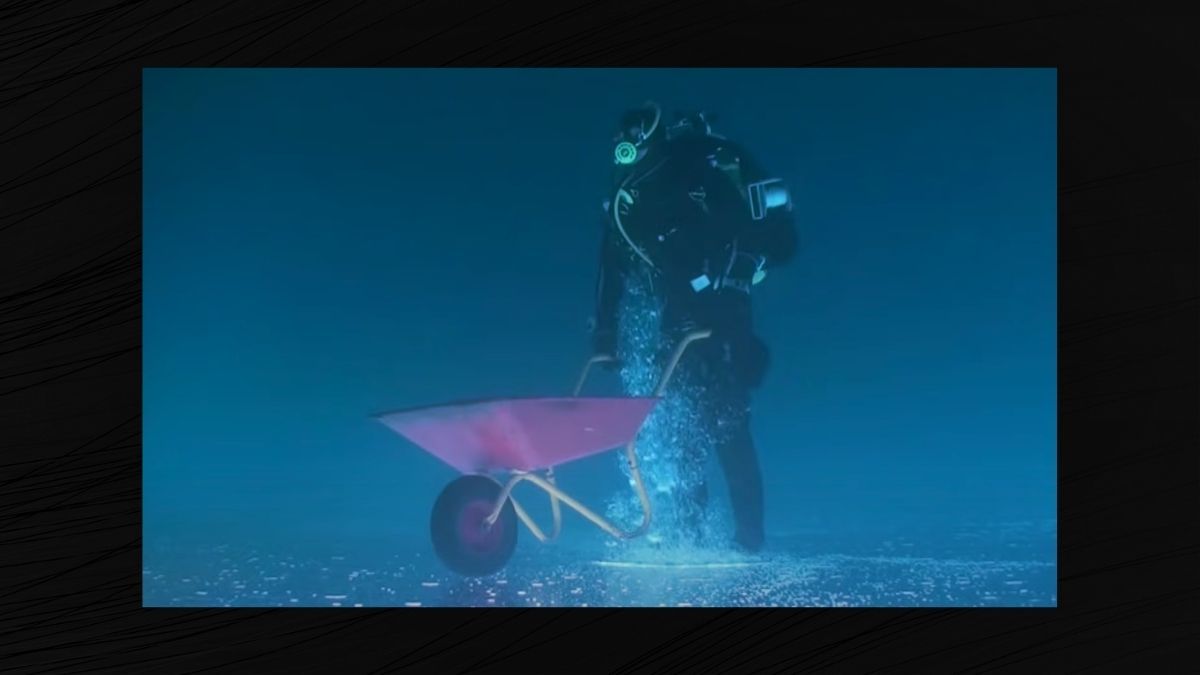 Claim:
A viral video shows divers walking upside down on the underside of a lake's frozen surface.
Rating:

People apparently can't get enough of a viral video that, as of this writing, has been on the internet for at least a decade. The video was posted to the social platform Reddit on Dec. 28, 2021, and on its face, appears confusing. It shows a man in scuba diving gear, underwater, "pouring" water from buckets into a wheelbarrow.

In 2012, NPR unpacked the strangeness of the video, the original version of which was longer than what was posted to Reddit:

Both the men and the photographer were upside down, which created the optical illusion in the video.

The video was taken at a frozen-over Lake Saarijärvi in Finland and posted online in 2012. Their feet were attached to the underside of the lake's icy surface, which explains why the wheelbarrow at the end of the above YouTube video "floats up" toward the end of the video (it was actually sinking).

NPR further cited some on social media who theorized the divers wore suits with air insulation, which helped them float, thus sticking to the underside of the ice.

And what appeared to be liquid in the buckets and wheelbarrow was air, which floated upward, although in the upside-down video, appeared to pour downward like water.