Did the UN Declare War on America and Order Trump to Let the Migrant Caravan In? 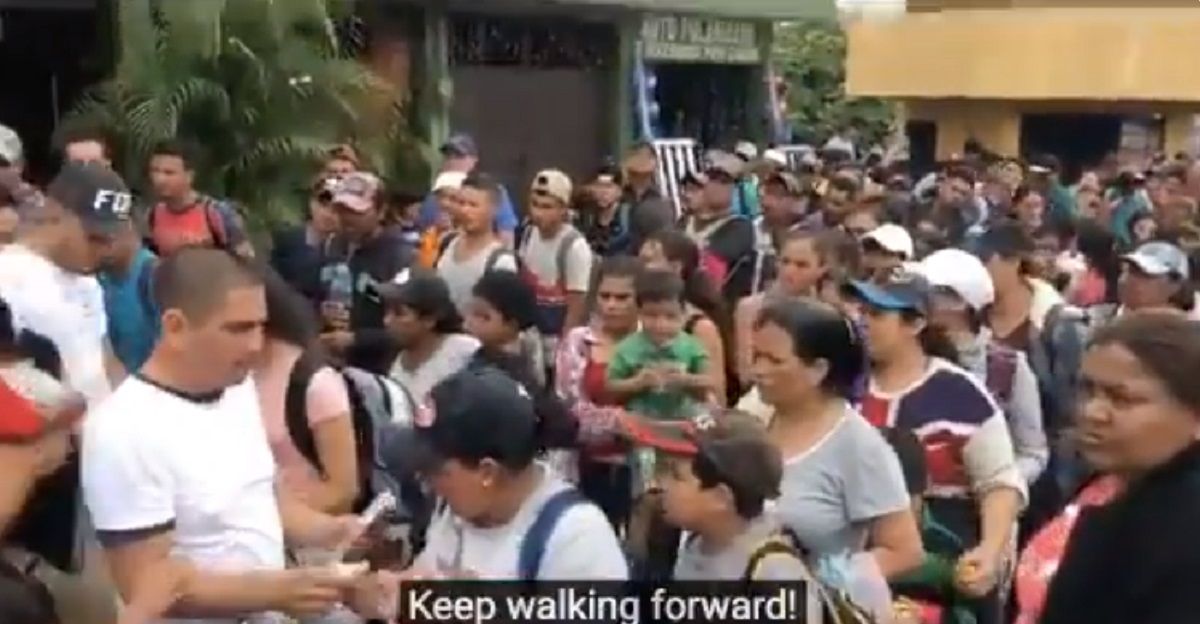 Claim:
The U.N. declared war on the U.S. over President Trump's vow to refuse entry to migrants traveling with a caravan.
Rating:

The United Nations has not declared "war" on the United States over President Donald Trump's vow to refuse entry to a Central American migrant caravan, but you wouldn't know it from hyperbolic memes and stories circulating on social media.

On 29 October 2018, the right-wing Breitbart.com website inaccurately reported that the U.N. Refugee Agency had "commanded" President Trump "to accept the caravan of refugees, which some estimates now put at 10,000-strong." It took less than a day for that notion to morph into a meme and an article on junk news site PuppetStringNews.com falsely reporting that the U.N. had declared war on the U.S. (a country which is a permanent member of the U.N. Security Council): Both Breitbart and Puppet Strings news were referencing comments made by U.N. High Commissioner for Refugees (UNHR) spokesman Andrej Mahecic to the U.S. government-funded broadcaster Voice of America. Mahecic did not issue "commands," but rather he stated that in the U.N.'s view, Mexico and the United States should provide migrants with access to their respective asylum processes in accordance with international law:

The U.N. refugee agency will not weigh in on whether it is legal for a country to close its borders to refugees and asylum seekers. But it says international law clearly states any person whose life may be in danger has the right to seek asylum and benefit from international protection.

UNHCR spokesman Andrej Mahecic told VOA his agency has alerted countries along the caravan's route that it is likely to include people in real danger.

This isn't the only time exaggerated language making references to war has been employed regarding the Central American caravan, with which many women and a U.N.-estimated 2,300 children are traveling: President Trump likened it to an "invasion" and sent 5,200 active duty troops to the U.S.-Mexico border, despite the fact the caravan was traveling on foot in southern Mexico. With less than a week until U.S. midterm elections, Trump vowed on 1 November 2018 to send up to 15,000 troops to the border.

According to an estimate by the Mexican government, the caravan has dwindled drastically since migrants set out on foot from Honduras in mid-October 2018, from roughly 7,000 to 3,600. The U.N., which has helped coordinate relief efforts for the migrants, estimates the size to still hover around the original figure, although 1,740 of its members have applied for asylum in Mexico.