Data suggests that no nation has achieved full gender equality. 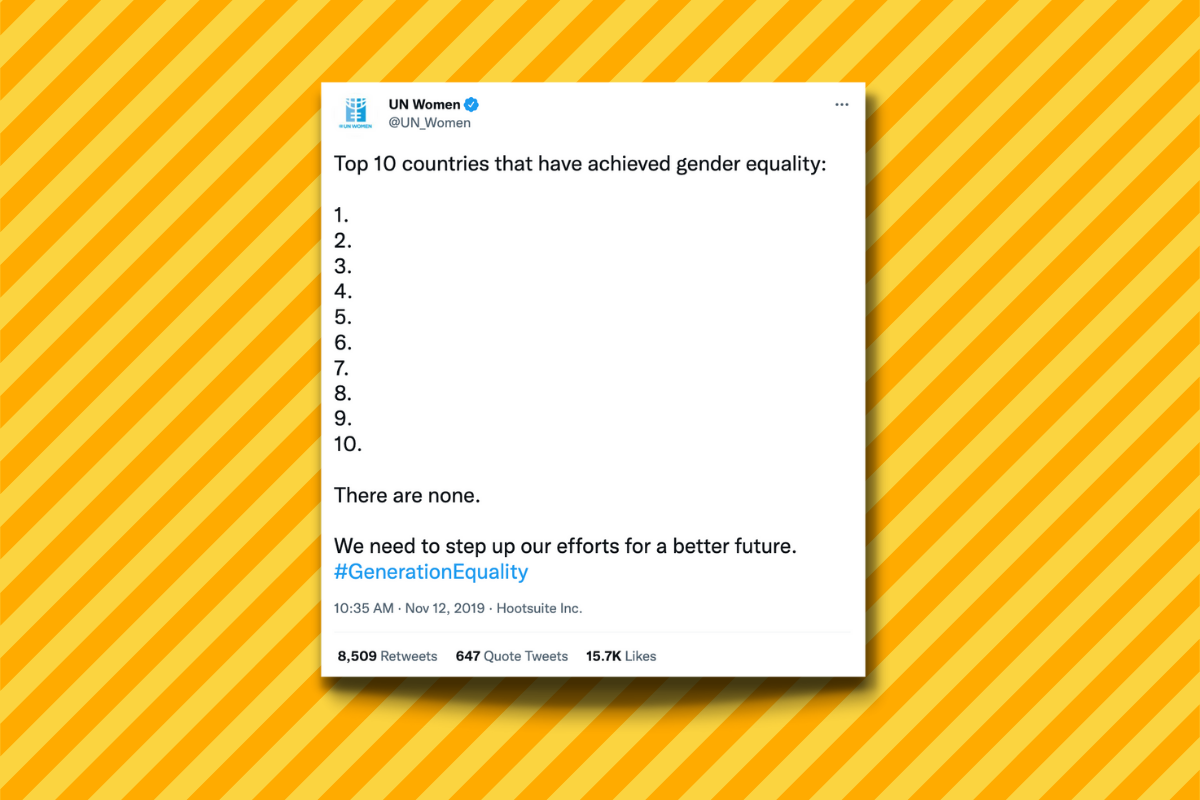 A correctly attributed tweet shared by U.N. Women, the United Nations organization dedicated to gender equality and women’s empowerment, recirculated on social media in March 2022 when a post regarding gender equality made a reappearance on Reddit.

Though the screenshot shared to Reddit had a date of Oct. 6, 2021, we dug through the @UN_Women Twitter account and found that the tweet was originally posted on Nov. 12, 2019, when it received more than 15,700 likes.

But we also wanted to explore the claim itself, particularly as the post was flagged by some users as an instance of "virtue signaling." (Read this article for more on how Snopes keeps an eye on such advertisements of virtue.) To do so, we looked at the latest figures from 2019 compiled by the U.N. Development Programme (UNDP). As its name suggests, the Gender Inequality Index (GII) measures inequalities in 162 countries across three aspects of human development: reproductive health, female representation in government and education, and economic status.

A review of the dataset confirmed that no country had obtained gender equality, a measure that would have given the same value to both males and females. (The higher the GII value, the more disparities exist between males and females, equating to a greater loss in human development, according to UNDP.)

“Gender inequality remains a major barrier to human development. Girls and women have made major strides since 1990, but they have not yet gained gender equity. The disadvantages facing women and girls are a major source of inequality,” wrote UNDP.

“All too often, women and girls are discriminated against in health, education, political representation, labour market, etc. — with negative consequences for development of their capabilities and their freedom of choice.”

Because of these challenges, the U.N. has listed gender equality as its fifth sustainable development goal.