Did Ukraine Reject 'We're Not Gonna Take It' as a Battle Cry? 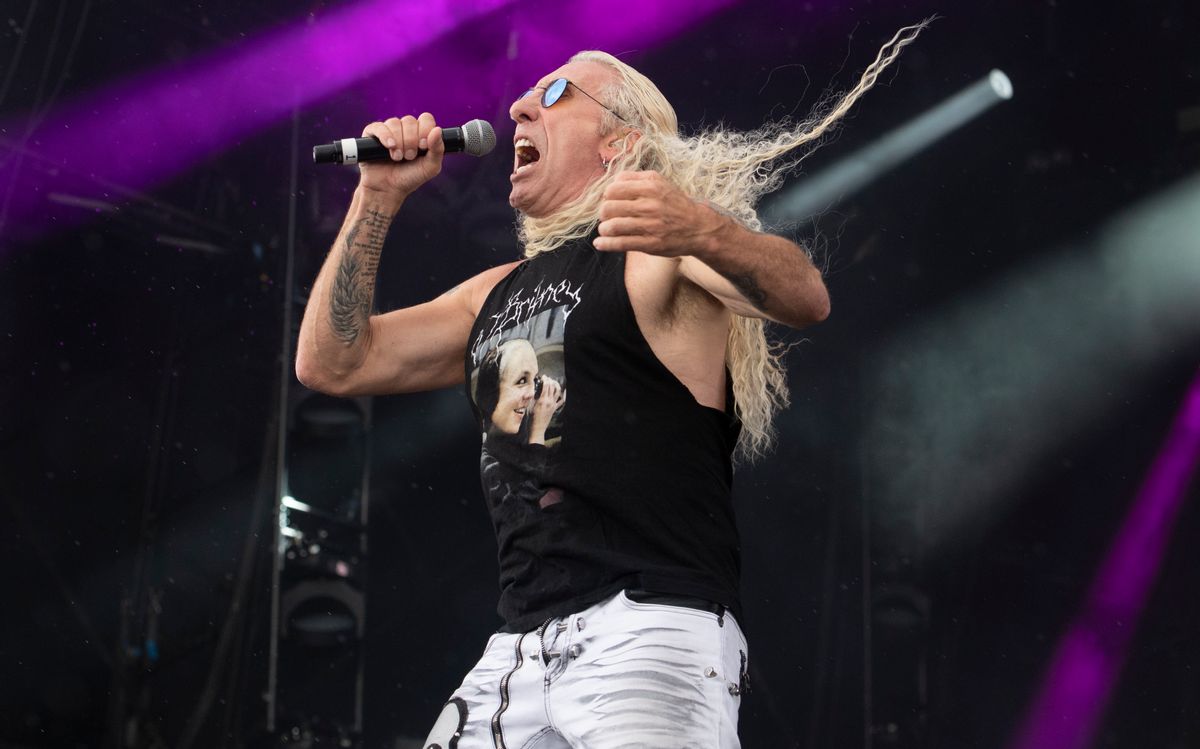 Claim:
Ukraine rejected Dee Snider's offer to use the song "We're Not Gonna Take It" as a battle cry.
Rating:

On Feb. 28, 2022, the Madhouse Magazine website published a story about Russia's invasion of Ukraine with the headline, "Ukraine Rejects Dee Snider's Offer To Use 'We're Not Gonna Take It' As BattleCry." The article said that Ukrainian President Volodymyr Zelenskyy made negative comments about the Twisted Sister song.

The story read as follows:

Rocker Dee Snider has reached out to Ukrainian President Volodymyr Zelensky and offered the leader the use of his music. Snider made the offer through social media letting it be known that his song with Twisted Sister, "We're Not Gonna Take It" is up for grabs.

"I absolutely would love if the Ukrainians used 'We're Not Gonna Take It' as their battle cry," said Snider on Twitter. "My grandfather was Ukrainian before it was swallowed up by the USSR after WW2. He was forced to be a human toilet by the Soviets and Putin. This can't happen to these people again!"

That Song S*cks
Zelensky said "I never heard of this song before, so I took a listen. Oh my god, It was the worst piece of 1980's hair metal trash I ever heard. That sung sucks a$$. Tell Snider he can offer that song to Putin, maybe he will like it. Can you image such a fruity song for a battlecry? I like real metal, I would like to use a bad ass song like 'Raining Blood' by Slayer or 'War Pigs' by Sabbath or 'Message in Blood' by Pantera. Now those are some bad ass songs that will instill fear in our enemies."

According to the story, Zelenskyy also said, "Fu*k Dee Snider." The end of the article claimed that Snider also offered the song to Russian President Vladimir Putin.

It's true that Snider tweeted about Ukraine, posting, "I absolutely approve of Ukrainians using 'We're Not Gonna Take It' as their battlecry. My grandfather was Ukrainian, before it was swallowed up by the USSR after WW2. This can't happen to these people again!" He also included a "#FUCKRUSSIA" hashtag.

However, the rest of the story (as told by Madhouse Magazine) never happened. Zelenskyy did not make negative comments about Snider and the song, "We're Not Gonna Take It."

According to a footer at the bottom of the Madhouse Magazine website, it publishes satire:

What is Madhouse Magazine? Madhouse Magazine is The Greatest Rock n Roll Comedy Magazine in the world. We bring you a twisted satirical view of the music and entertainment world. Madhouse Magazine was created in 1967 by renowned rock journalist, Claude Balzac. Mr. Balzac has seen it all and done it all. Claude was there when the Beatles broke up, he was there at Woodstock, Altamont and Lollapalooza too. He has interviewed every major artist including Prince, John Lennon, Jerry Garcia, Kurt Cobain, Keith Richards, Lemmy, Mick Jagger, Elvis, Ozzy Osbourne, Iggy Pop, The Ramones, Kiss, Bob Dylan, Brian Jones, David Bowie and many more.

Madhouse Magazine is the only place you can find hysterical satire, phony interviews, and imaginary concert reviews. We will mock and lampoon your favorite rock stars, musicians, actors, athletes, politicians and maybe even your Aunt Sheila. Madhouse covers all musical genres and timelines. We make fun of Classic Rock, Punk Rock, Heavy Metal, Country, Jazz, Reggae, Rap, Opera and even Classical Music. We broke the news that Keith Richards and Betty White Escaped Earth to Repopulate our Species. We were the only ones to cover the news that Ozzy Osbourne will be The New Host of Jeopardy.

In our research for this story, we found that Snider previously posted tweets about why he wrote "We're Not Gonna Take It," and how it's used by some groups. For example, just days before Russia invaded Ukraine, he tweeted: "I wrote 'We're Not Gonna Take It' to be a song each individual puts their own protest or push back into. While I may not agree with some of the things it's used to fight, I can't pick & choose the ones I want."

On Feb. 16, Snider also tweeted a response after a Twitter user said that the song was "underrated."

In sum, the article with the headline, "Ukraine Rejects Dee Snider's Offer To Use 'We're Not Gonna Take It' As BattleCry," came from a satirical website, and is not true.

We previously published another fact check about another claim that originated on Madhouse Magazine and later spread elsewhere as fact. It said that film actor Daryl Hannah became pregnant in her 60s.