The 2014 French drama film “The Search” is about Russia's invasion of Chechnya in 1999. 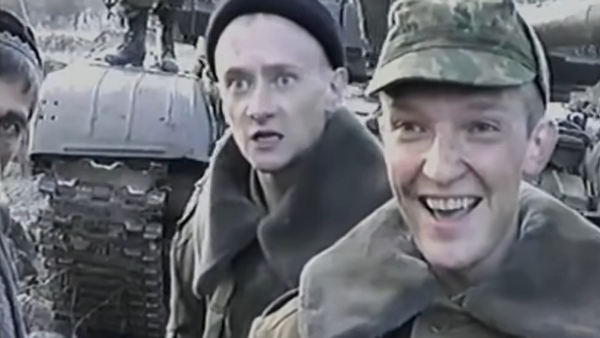 In March 2022, a video was circulated on social media in an apparent attempt to justify Russia's invasion of Ukraine. The video, according to some social media users, supposedly showed Ukrainian soldiers ruthlessly killing civilians in Chechnya. The post reads: "This is what the Ukrainian army did when they entered Chechnya and executed an old man who was reciting a Surat Fatihah and today they are paying back for their crimes. Then Russia was with them now on Chechnya's side. A friend sent, if anyone is having a different version plz share."

This is not a genuine video of civilians being murdered by soldiers. This is a scene from a movie. Furthermore, the movie soldiers in this film are playing Russians, not Ukrainians, killing Chechnyans at the start of the Second Chechnyan War.

The above-displayed video comes from the 2014 movie "The Search" by French director Michel Hazanavicius about Russia's invasion of Chechnya in 1999. The scene above comes during the opening minutes of the movie. You can see the clip at the 3:50 mark of the following video: