A rumor circulating among conspiracy theorists holds that the U.S. repainted some of its fighter jets to look like Russian planes in preparation for a "false flag" attack on Syria. 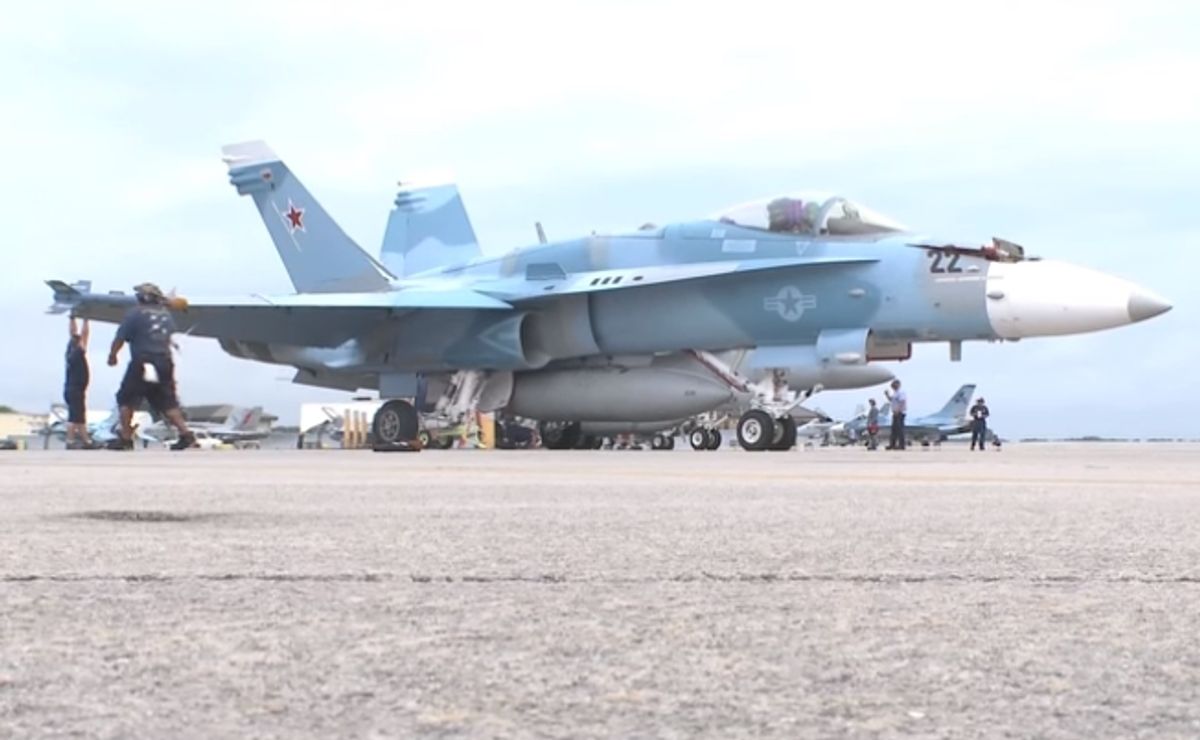 Claim:
The United States was caught repainting some of their fighter jets in Russian air force colors for a false flag bombing.
Rating:

In October 2016, a set of viral images that showed U.S. fighter jets repainted to look like Russian airplanes generated a scuttlebutt that they were probably going to be used in a "false flag" attack on Syria (or some other target) for which Russia would be blamed:

By repainting these fighter jets, they can send them out on bombing missions, make certain they fly low and slow around a target a few times so people on the ground whip out their cellphone cameras to video the attack, bomb the hell out of something and then sit back as all the civilian videos come out on social media showing a "Russian" plane committing the act!  The perfect set up.

For training purposes, U.S. fighter planes assigned to "aggressor squadrons" (à la Top Gun) are often repainted to resemble the aircraft of potential adversaries. There's nothing novel or unusual about it. In fact, the Marine Corps publicizes the practice.

Three of the viral images offered different views of an F/A-18 Hornet strike fighter redone to look something like a Russian Sukhoi Su-34 (actual plane shown in the lower-right-hand photo): As to the notion that the repainted F/A-18s could fly "low and slow" before attacking, allowing witnesses to take cell phone photos which would then be used to deceive the world into thinking that Russia was behind it, there's a rather large hole in that conspiracy theory. No matter how they're painted, the Hornet and Sukhoi planes are shaped very differently. A subset of social media users conversant in aviation would recognize the former as American-made in no time.