Here's another meme using misleading information to cast doubt on the seriousness of the coronavirus. 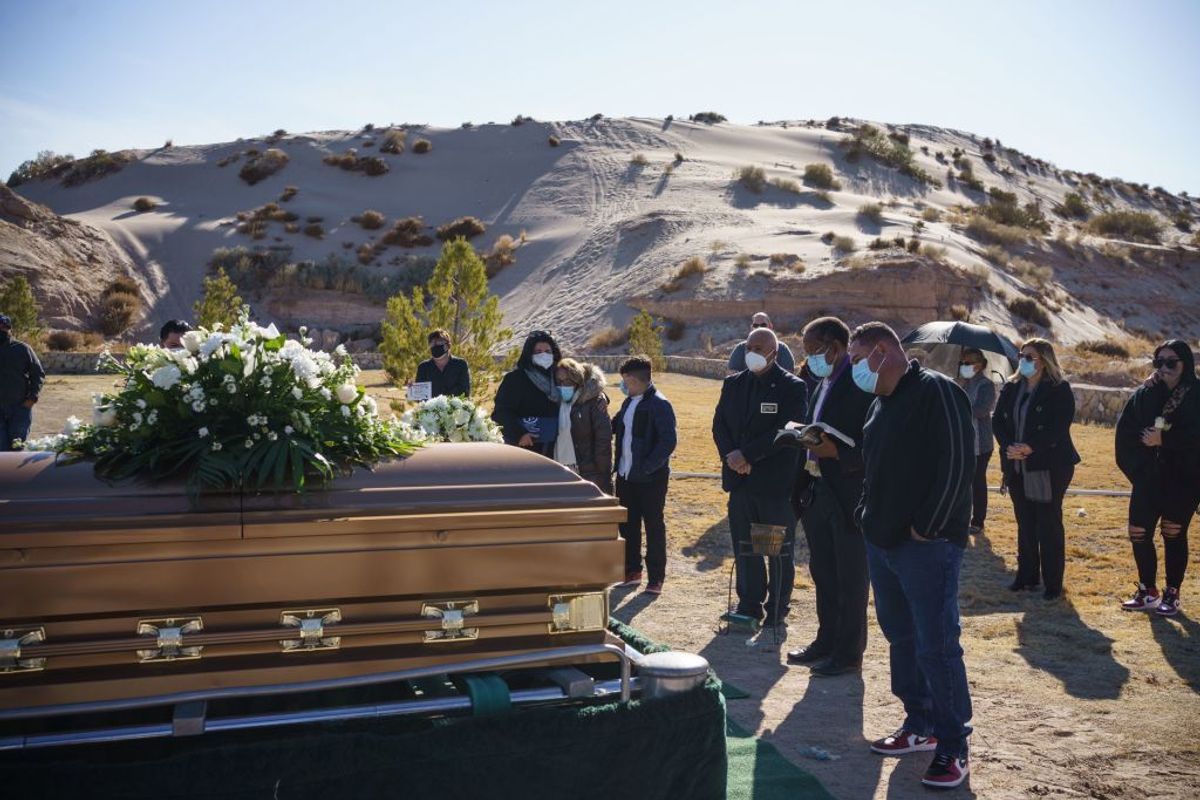 Claim:
A meme accurately reports that the U.S. recorded roughly 2.9 million deaths in 2020 — almost the same total as previous years — despite COVID-19.
Rating:

ORIGINAL POST (Jan. 5, 2021): In early 2021, as the U.S. tallied almost 21 million COVID-19 cases since the beginning of 2020, an image surfaced online attempting to cast doubt on the deadliness of the coronavirus by supposedly presenting American mortality statistics over the past decade.

The image, displayed below, included text that read: "Looks like we just barely made it through a typical year, by the seat of our pants," referring to the alleged number of people who died during the pandemic compared to previous years. In short, the image included a table that claimed 2,902,664 people died in 2020, and alleged that that total was less than 1% higher than the previous year's amount and relatively consistent with the country's annual death rate since 2010.

Put another way, the table wanted to convince viewers that the U.S. recorded roughly 2.9 million deaths in 2020 — almost the same total as previous years — despite the COVID-19 pandemic.

In an attempt to prove the data's legitimacy, the table cited two web addresses supposedly hosted by the Centers for Disease Control and Prevention (CDC). Both URLs were indeed real pages on the CDC's website. One link showed the number of U.S deaths each month in 2019, as well as the first half of 2020, and the other web page highlighted COVID-19 data from the National Center for Health Statistics (NCHS).

While both sources could have helped the table's author draw conclusions, they did not provide the bulk of its alleged data — including the country's purported annual number of deaths between 2010 and 2018, and the latter half of 2020. For that information, the image's author seemingly relied on a separate, searchable database of CDC statistics, called CDC WONDER, and preliminary COVID-19 mortality data.

First, using CDC WONDER, we did our own year-by-year review of the country's listed population, number of deaths from all causes, and fatalities per 100,000 people to confirm or deny whether the viral image accurately portrayed CDC statistics between 2010 and 2019. The verified numbers for such categories were the following:

Next, we cross-referenced those CDC numbers with alleged data in the social media image.

As a result of that tabulation, Snopes determined the viral image accurately reported the number of deaths in the U.S. between 2010 and 2018. In 2019, however, the table reported 162 more deaths than actually occurred. Additionally, the table in general terms correctly reported those years' fatality rates per 100,000 residents and populations, displaying only nonsignificant differences with the actual numbers in both categories.

In other words, the meme presented mostly true information for the years between 2010 and 2019 — all prior to the country's COVID-19 outbreak in January 2020.

But the table's row for 2020 statistics misrepresented preliminary mortality data, ultimately undermining the image's argument that COVID-19 did not impact the country's death toll compared to previous years.

The table seemingly used the web page where the CDC posted weekly COVID-19 fatality updates (based on death certificate data from NCHS) for its alleged 2020 death total. Under the heading "deaths from all causes," the page reported 2,902,664 fatalities — the same number in the viral meme — on Dec. 30.

However, that statistic did not represent the total number of people who died over the course of 12 months in 2020, as the social media posts framed it. Rather, according to the web page, the number depicted provisional counts of death certificate data between these specific dates: Feb. 1 and Dec. 26. The CDC page included this caveat for the statistic:

Number of deaths reported in this table are the total number of deaths received and coded as of the date of analysis and do not represent all deaths that occurred in that period. Counts of death occurring before or after the reporting period are not included in the table.

*Data during this period are incomplete because of the lag in time between when the death occurred and when the death certificate is completed, submitted to NCHS and processed for reporting purposes. This delay can range from 1 week to 8 weeks or more, depending on the jurisdiction and cause of death.

In other words, the viral meme erroneously reported preliminary and incomplete 2020 mortality statistics as final and conclusive. Another CDC visual representation (displayed below) reported "incomplete" mortality data for the latter weeks of the year, as of this report: In reality, the confirmed number of people who died in 2020, whether due to COVID-19 or other causes, was unknown at the time of this analysis and the viral table's creation. The Associated Press reported on Dec. 22:

Final mortality data for this year will not be available for months. But preliminary numbers suggest that the United States is on track to see more than 3.2 million deaths this year, or at least 400,000 more than in 2019.

U.S. deaths increase most years, so some annual rise in fatalities is expected. But the 2020 numbers amount to a jump of about 15%, and could go higher once all the deaths from this month are counted.

In sum, while the table mostly relied on facts to report America's annual mortality statistics between 2010 and 2019, it misconstrued preliminary data to falsely claim approximately 2.9 million died in 2020 when the confirmed sum of deaths for that year was undetermined. As a result of that misrepresentation, the table presented a flawed comparison of annual death numbers, specifically between 2019 and 2020. For those reasons, we rate this claim "false."

UPDATE (Dec. 15, 2021): Months after the original publication of this fact check, the Centers for Disease Control and Prevention (CDC) released 2020 data that showed the U.S. recorded about 3,358,814 deaths over the course of the year. That was a 15.9% increase in the age-adjusted death rate from 2019 (when the agency documented 2,854,838 total deaths), and additional evidence to debunk the meme's assertion.

Among all fatalities in 2020, the latest data showed 337,883 people had tested positive for COVID-19  —making the disease the third leading underlying cause of death after heart disease and cancer.

This report was updated to include the latest 2020 morality data from the CDC.