The concept appears to defy nature. 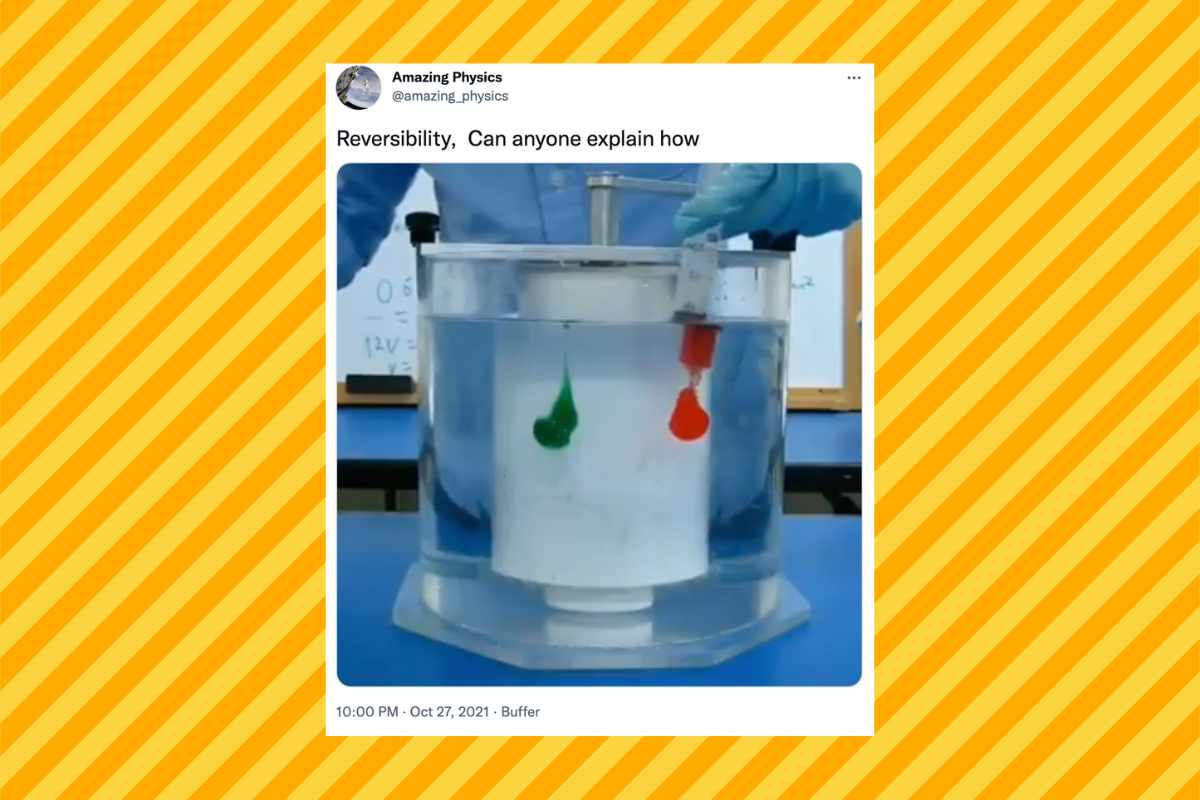 Claim:
A video shared to Twitter in October 2021 showed fluid mixing together before appearing to become unmixed.
Rating:

Though the video appears to defy thermodynamics, it is authentic and is a concept that Harvard University described as reverse fluid mixing.

The cylinder-shaped vat is filled with a thick, viscous fluid like glycerin while the lines of colored fluid are injected into the reservoir parallel to the axis of the cylinder.

“When the inside cylinder is slowly rotated (by means of a crank) with respect to the outside cylinder, the lines of colored fluid become mixed with the rest of the fluid. Several revolutions renders the mixture completely clear and "mixed." If one now reverses the direction of rotation, the colored fluid lines reappear by "unmixing" after the same number of rotations in the opposite sense,” read a presentation posted by the Harvard Natural Sciences Lecture Demonstration.

Because the slow, steady mixing does not create turbulence, the colors are able to be “unmixed” due to a concept known as laminar flow. In contrast to turbulent flow, where a fluid undergoes irregular mixing, laminar flow allows a liquid to travel smoothly.

To visualize the concept, think of a river where the uppermost layer of the water bounces off obstacles like rocks or eddies, causing it to mix and fold unto itself, thus undergoing what is known as turbulent mixing. Below that uppermost layer is the laminar flow, or the part of the water that follows a straight path and does not hit obstacles and become mixed.

“Diffusion processes are, of course, much slower than the time scale of the demonstration. As one cylinder is rotated, the other one can simply think of layers of fluid being displaced without involving turbulence, the boundary layer next to the inner rotating cylinder being displaced the most and the layer adjacent to the outside cylinder the least. Counter rotation slips these layers back into place,” wrote Harvard.