Does Tucker Carlson's Family Own Swanson?

Misleading memes glossed over an important detail in a rush to boycott a brand of TV dinners. 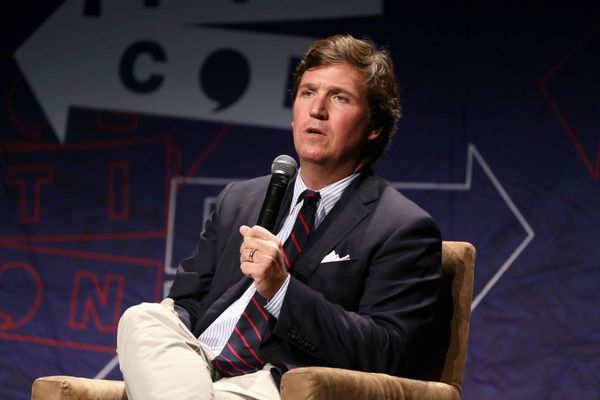 Patricia Swanson, who married Tucker Carlson's father when Tucker was 10 years old, is an heiress to the wealth generated by the Swanson TV dinner company her grandfather Carl Swanson founded. But the family sold Swanson-branded food products to Campbell's in 1955. Details about how much Patricia Swanson inherited have not been made public.

In late March 2021, social media users shared memes that claimed Fox News host Tucker Carlson's family owns the food brand Swanson -- producer of TV dinners -- and warned readers to avoid buying the Swanson brand if they don't like the views espoused by Carlson. Here is an example of one such post on Facebook: The text of the above meme reads, "Don't spend a single $ on Swanson Frozen Foods! That vile POS Tucker Carlson's family owns the company!"

The meme above is incorrect. Carlson's family no longer owns Swanson; however, his family history is certainly connected to the company.

Carlson's stepmother is Patricia Swanson, who married his father, Dick Carlson, when Tucker was 10, according to a 2018 profile in the Columbia Journalism Review. Patricia is an heiress to Swanson family wealth — wealth that was generated by her grandfather Carl Swanson, a Swedish immigrant whose business venture gave Americans the TV dinner. But the Swanson family no longer owns the company. Therefore a boycott of Swanson-branded products likely wouldn't strongly affect Tucker Carlson today.

A detailed profile of the Swanson family history published by The New York Times in 1979 reported that Carl Swanson's sons, Gilbert and Clarke, sold the company to Campbell's in 1955 for "a large block of Campbell's stock. They retained no further connection to TV Dinners, though the Swanson [name] remained on the label. The family business was renamed Swanson Enterprises, a holding company for stock, real estate, foundations, family trusts and smaller companies worth millions."

It's true that Patricia Swanson, along with her siblings Gilbert Jr., Jay, and Carla, (the children of Gilbert Jr.) were beneficiaries of the family wealth. But the story details the acrimony in the family and the fact that the male side controlled the money, even having access to the trust fund dedicated to Patricia. Until Patricia went to federal court and obtained a settlement, the terms of which were not public, Patricia had only received an "allowance" from that fund, the Times reported.

It remains unclear how much wealth Patricia inherited and whether or to what extent that benefited her two stepchildren, Tucker, and his brother Buckley. In any case, Tucker Carlson's family has no current connection to the Swanson food brand.