No, the Jan. 6 Attack on the Capitol Wasn't an FBI False Flag

This isn't the first time right-leaning commentators have tried to blame a third party for the 2021 deadly attack on the U.S. Capitol. 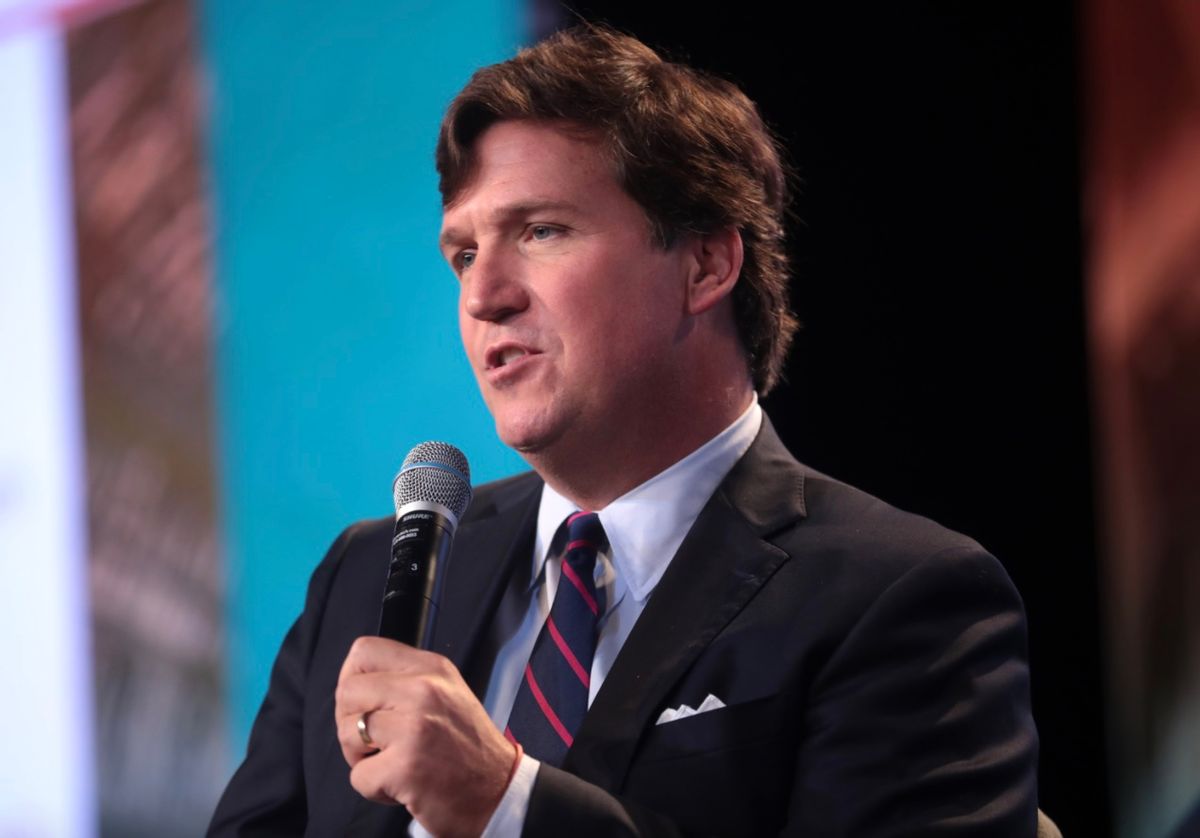 During his Fox News primetime show on June 15, 2021, host Tucker Carlson launched into a diatribe accusing the FBI of orchestrating the Jan. 6 attack on the U.S. Capitol. His basis? Charging documents in criminal cases cite "unindicted co-conspirators."

"What does that mean? Well, it means that in potentially every single case, they were FBI operatives," Carlson asserted. This comment may have been stated as fact, but it is in fact flimsy, when scrutinized, which we will do below.

Carlson cited a report on the website Revolver.news, an opaque, pro-Trump site that regularly promotes media appearances by former U.S. President Donald Trump's speechwriter Darren Beattie. Beattie was fired in 2018 by the White House after speaking at an event with white supremacists.

In the segment, Carlson singles out two people whose identities were obscured in charging documents in the case against Thomas Caldwell. Caldwell is a 65-year-old retired Navy commander who is facing multiple charges related to the attack on the Capitol. Charging documents in Caldwell's case cite a "Person One," "Person Two," and "Person Three."

Two of those people are easily identifiable, and none of the three are likely to be undercover federal agents. For example, federal court documents state, "The [anti-government militia group] Oath Keepers are led by PERSON ONE." The leader of the Oath Keepers is Stewart Rhodes. We aren't aware of any evidence that Rhodes is an undercover FBI agent or paid informant.

That document names Person Three as someone named "Paul" but doesn't provide his last name.

In a message to Crowl, Caldwell stated, per charging documents, that "Person Three" would be the "quick reaction force" and would "have the goodies in case things go bad and we need to get heavy."

It is also highly unlikely, per a court filing on Caldwell's behalf, however, that Person Three is an undercover federal agent. An attorney for Caldwell wrote that the "quick reaction force" mentioned in charging documents against Caldwell was "neither 'quick,' 'reactive,' nor a 'force.'"

In arguing that the government overstated the threat posed by Caldwell, Caldwell's attorney, David Fischer, wrote that the "force" was actually one man, who is "in his late 60s, obese, and has cardiopulmonary issues, a bad back, a bum knee, and is need of a hip replacement."

Despite defying reality, Carlson's piece caught the attention of right-wing conspiracy theorist Candace Owens. She tweeted to her 2.7 million followers that the idea the attack was a false flag by the government was "common sense" because the FBI still hasn't arrested suspects who left pipe bombs near the Capitol.

For additional context, we reached out to Ira Robbins, a law professor at American University in Washington, D.C. Robbins pointed to a 2004 paper he authored in which he outlined nine reasons the government in general may use unindicted co-conspirators in criminal cases. One of those reasons may be that the person is cooperating with the government in its investigation.

Robbins told Snopes in an email that it was possible that there were undercover FBI agents who had infiltrated extremist organizations that participated in the attack on the Capitol, like the Oath Keepers. Also, some "unindicted co-conspirators" in criminal cases resulting from the attack may have simply been regular people who informed on others and got a break in exchange.

Robbins called the claims that the FBI organized the attack on the Capitol a "speculative inflammatory leap that may play well with their audiences, but which may lack any basis in reality."

This is hardly the first time right-leaning media figures have attempted to lay blame for the deadly attack on people other than Trump supporters. The violence had barely subsided when some began falsely claiming "antifa" or anti-fascist activists posed as Trump supporters to carry out the attack in order to make Trump and his supporters look bad.

We reached out to the FBI but were told that the FBI had no comment.