Is 'the Truth' About Barron Trump 'No Secret Anymore'?

We looked at a misleading online ad that appeared to promise a big reveal about Barron Trump, the Trump family's youngest son. 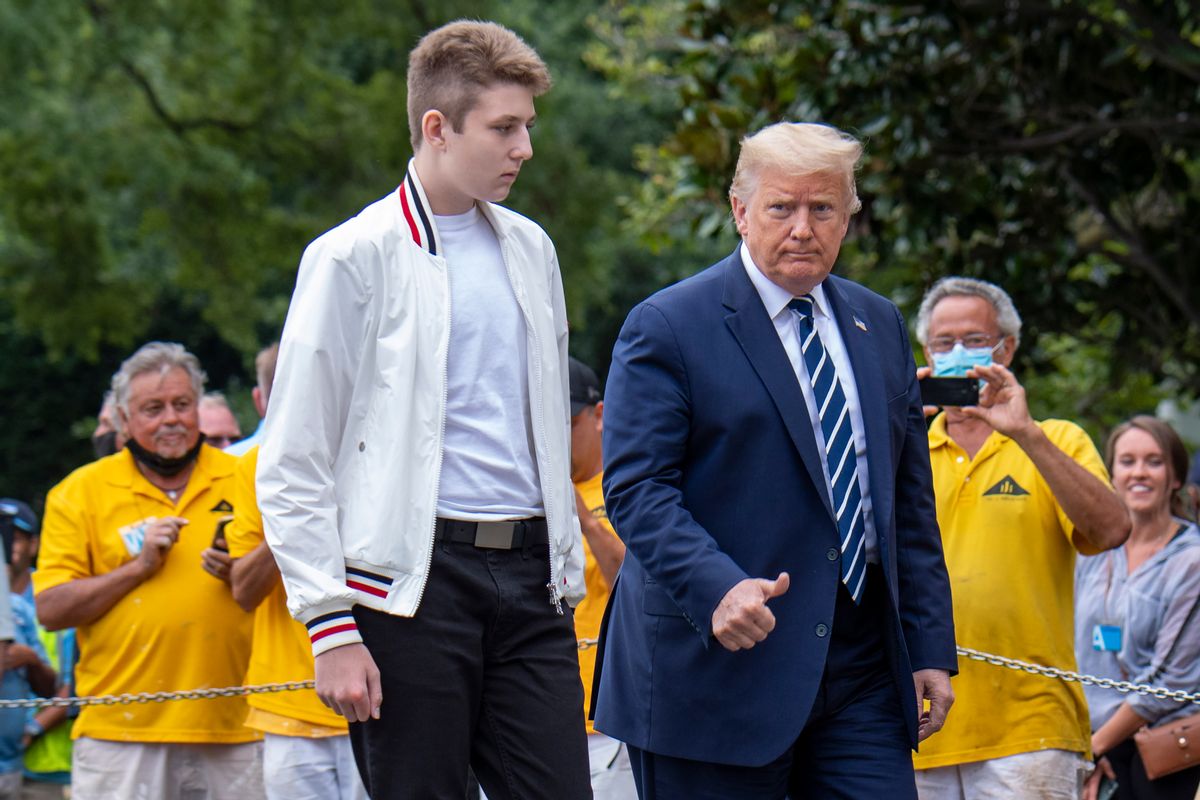 Claim:
A truth was revealed about Barron Trump that's not a secret anymore.
Rating:

In March 2022, we looked at an ominous online advertisement that claimed: "The Truth About Donald Trump's Son Barron Is No Secret Anymore." It featured a picture of former U.S. President Donald Trump's youngest son, Barron, and appeared to promise a big reveal. He was born on March 20, 2006. This ad was misleading.

The ad led to an article on NickiSwift.com that had the headline: "Things You Didn't Know About Barron Trump." The story was originally published in December 2016 and had been updated as recently as October 2021.

The beginning of the article read as follows:

Most of the Trump children have become well-known to the public over the years, but Barron Trump remains a family outlier. The youngest son of President Donald Trump first captivated the eyes of the world late on Election Night when he stood behind his father on the stage while victory was accepted. Barron, of course, looked more sleepy than jubilant on stage, which inadvertently won over the cold hearts of an America that was mostly happy the election cycle was finally over.

Since his father took office Barron has remained largely out of sight, but we've managed to learn quite a bit about about America's new boy-prince. For starters, his pre-White House living situation at Trump Tower was unimaginably sweet. Oh, and his mother used to moisturize his face with caviar — but you probably could have guessed that.

Ready to learn more about this young Simba-like figure? It's time we get familiar with Barron Trump.

The story listed various details about Barron's life. It ended with speculation that he might have been caught vaping with e-cigarettes, which perhaps led to a government ban on flavors used in the products. However, this was not confirmed. The Associated Press reported on the news of the ban back in September 2019.

We found no evidence that the article about the Trump family revealed a "truth" about Barron that "is no secret anymore." The ad appeared to be nothing more than clickbait that led to nearly 3,000 words about Barron's life, some of which was speculation.