Were the Trumps Pictured With the Owner of a Massage Parlor Where Robert Kraft Was Arrested?

Be skeptical of memes because they are often inaccurate. 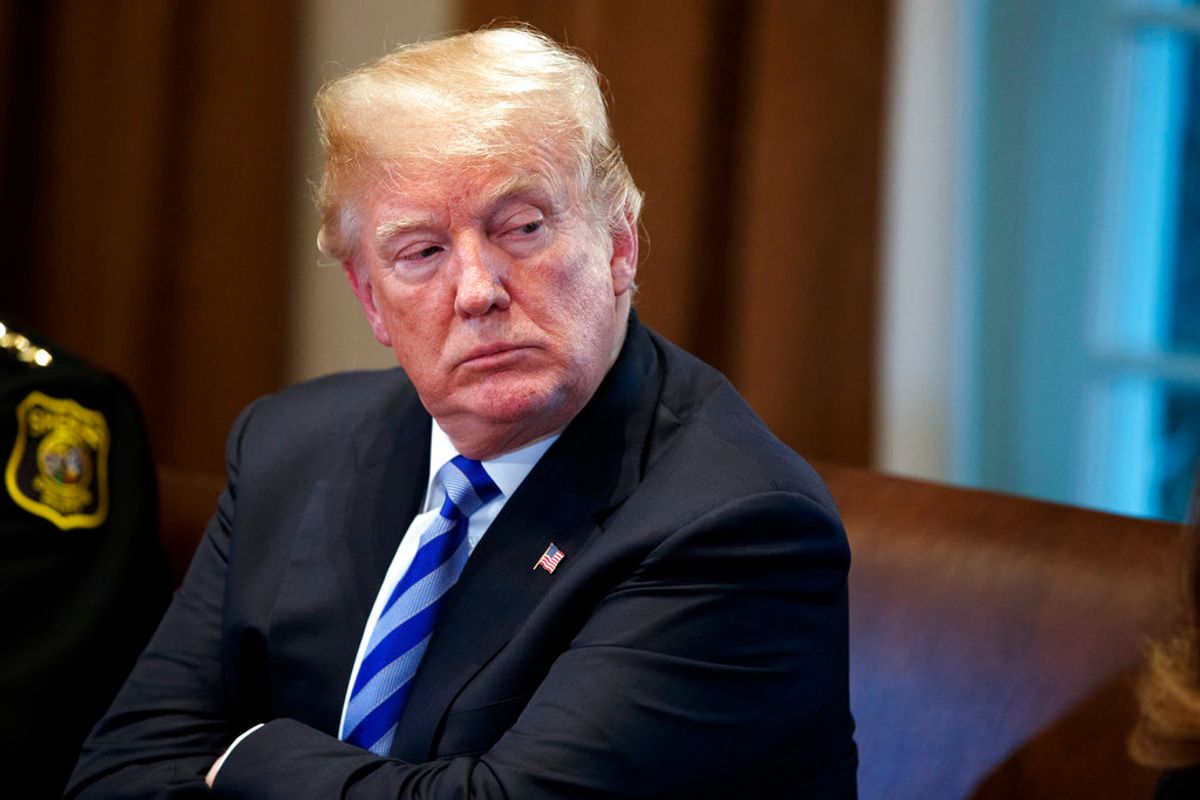 Claim:
The Trumps were pictured with the owner of a massage parlor where New England Patriots owner Robert Kraft was accused of soliciting prostitution.
Rating:

Li Yang, who took a selfie with U. S. President Donald Trump at his annual Super Bowl party, owned a massage parlor that would later become Orchids of Asia, where Robert Kraft allegedly solicited prostitution.

Yang sold the business to a new owner in 2012 and has been implicated in none of the alleged crimes associated with the current business.

In early-to-mid-March 2019, photographs of President Donald Trump and members of his family posing with Li Yang, a political donor and spa entrepreneur, circulated on social media. The images were used to link the Trumps with a sting operation in Florida.

Yang, who posted a widely seen selfie taken at Trump's 2019 Super Bowl party to her Facebook account, once owned what is now the Orchids of Asia massage parlor in Jupiter, Florida. New England Patriots owner Robert Kraft was one of 25 men arrested in February 2019, accused of soliciting sex there in a sweeping, human-trafficking sting that targeted that site and others.

Kraft, a self-described friend of Trump, faces two counts of misdemeanor solicitation, to which he has pleaded not guilty.

Yang no longer owns the establishment in which police say Kraft was caught on camera paying for sex. She has not been charged with a crime.

Nevertheless, the images of Yang, Trump and members of his family were picked up and used to create an inaccurate meme claiming she is the spa's owner, which was shared with the nearly 8 million followers on the Facebook page belonging to Occupy Democrats on 8 March 2019. Yang was swept into the lurid story after images of her with Trump and his family members surfaced on her Facebook page, which, as the Miami Herald reported, "raised questions about who can gain access to the president at his resorts and other private businesses, as well at official venues like fundraisers."

Some news stories linked Yang to the day spa raided by police by describing her as the "founder," although when the site changed ownership in 2012, its name also changed.

Yang sold the business, which at the time was called the Tokyo Day Spa, to Hua Zhang, who changed the name of the establishment to Orchids of Asia upon incorporation in 2012, according to Florida state business records. Zhang, 58, has been charged with prostitution-related counts and has pleaded not guilty. As the Associated Press reported:

Yang, who goes by Cindy, wasn’t charged in the multiagency anti-human trafficking operation that resulted in 25 arrests and shut down 10 Asian day spas in south Florida. None of the spas are registered to Yang or her family. She sold the Jupiter spa around 2013 to Hua Zhang, who has pleaded not guilty to racketeering and running a house of prostitution.

Yang told the Herald, which published the photo of her with Trump on Friday (March 8), that she and her family haven’t broken the law. She said she is out of the business, would soon be relocating to Washington and didn’t want any negative news media attention.

Occupy Democrats (OD) Co-Founder Omar Rivero told us in an email he felt he had no choice but to leave the meme live with the correction added to the post. Once an image is posted on Facebook, it can't be replaced or edited. If the image were to continue to circulate with the error even after after OD had deleted it from their page, and if Facebook were to flag the image as false, the deletion would result in a penalty for the page.

"It’s a really weird thing that doesn't make sense to me either," he explained. "Normally I would just delete it but I can't risk another hit to our reach [due to a Facebook penalty] over a minor mistake."