The claim that Donald Trump plagiarized his RNC speech from Hitler's 1933 inaugural address originated with a satirical publication. 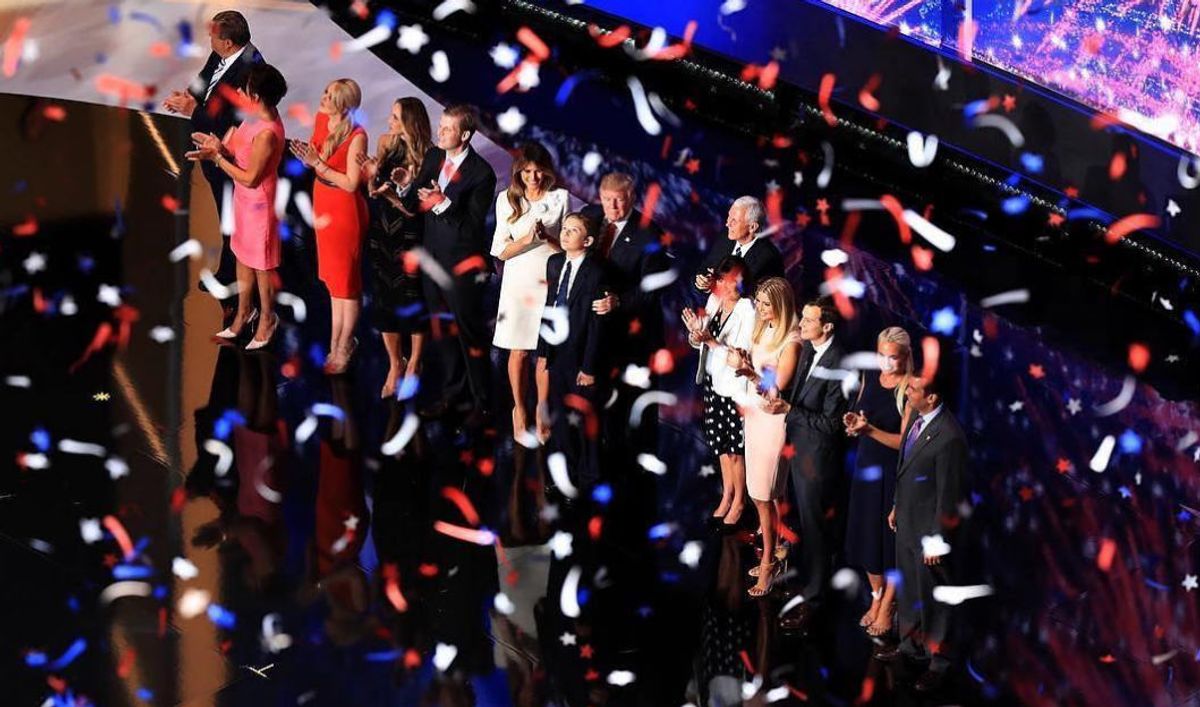 On 22 July 2016, playing on rumors that Melania Trump had copied portions of her address at the Republican National Convention from one given eight years earlier by Michelle Obama, The Plantain published an article reporting that Republican presidential nominee Donald Trump had plagiarized his acceptance speech at the Republican National Convention from Adolf Hitler's 1933 inaugural address as Chancellor of Germany:

Melania Trump isn't the only one in her family accused of pilfering parts of their convention speech from a greater orator. Shortly after concluding his remarks, Republican nominee Donald Trump came under fire (not literally) for stealing large portions of his RNC convention speech from Adolf Hitler's 1933 inaugural address.

The Plantain stated that the similarities between the two speeches had first pointed out on Facebook by a Dr. Lazer Wolschiosky, a professor of modern Jewish History who was preparing his syllabus while watching Trump's speech. However, there is no record of Dr. Lazer on Facebook: While "Dr. Lazer"'s analysis employed real quotes from Donald Trump's speech at the RNC, the quotes he compared them to did not come from Hitler's "inaugural address," which likely refers to the German dictator's first radio address a few days after being named chancellor on 30 January 1933. (The full transcript of h can be viewed here.)

In any case, the falseness of the comparison between Trump and Hitler can be established through the fact that The Plantain is a satirical web site whose disclaimer notes that they do not publish factual articles:

The Plantain is a satirical (meaning fake) publication. Should a reader upon sober reflection, think or believe that anything contained in any post in this web site is true, they are mistaken and should relieve and abandon themselves of that idiotic notion immediately. Anyone who concludes otherwise ought to stay away from this site forever and may want to consider instead seeking immediate help, attention or treatment. This site publishes parodies.

This isn't the first time that Trump has been compared, either mockingly or in earnest, to Adolf Hitler. In March 2016, several people on social media claimed that Trump stole his "Make America Great Again" slogan from the German dictator. While Trump and Hitler both voiced the (common) promise that they would restore greatness to their respective countries, the slogan "Make (insert country) Great Again" has been used by many different politicians over the years.