A sign outside a Vermont hardware store sparked more than one wave of internet outrage. 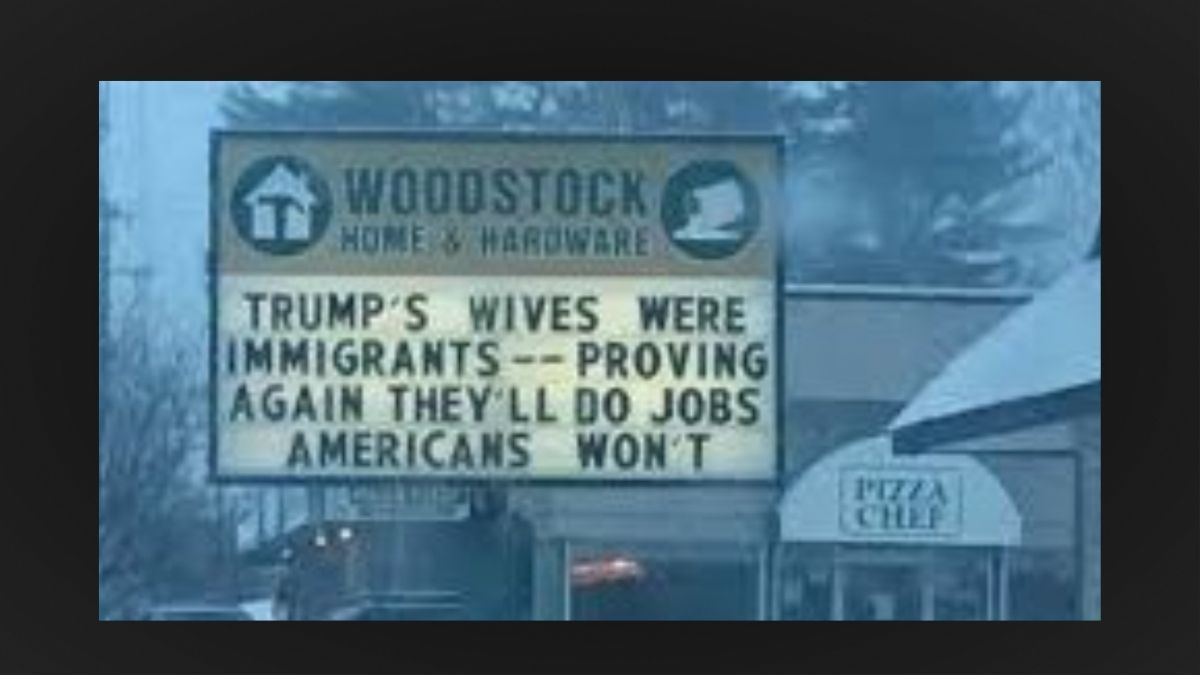 On April 1, 2021, social media users shared an image of a sign posted outside a hardware business that said, "Trump's wives were immigrants — proving again they'll do jobs Americans won't."

The photograph of the sign is real, but it's also a bit dated: The sign was posted outside Woodstock Home and Hardware, in Woodstock, Vermont, in February 2016, according to the weekly newspaper Vermont Standard. The shop's former owner, Larry Perry, was known in the community for using the sign board outside the store to post humorous or pointed messages.

Explaining his reasoning for putting up the sign, Perry had told the Standard it was a jab at then-presidential candidate Donald Trump's anti-immigrant statements: "It seemed to me Mr. Trump’s position on Mexicans and Muslims and immigrants was a little bit ironic considering two of his three wives were immigrants."

When the sign about Trump hit the news, Perry told the Standard he got lashed with hate from various locales. He changed the sign in the days following the wave of internet outrage to another message that could perhaps be seen as prescient: "Then one day for no particular reason we became offended by everything."

Perry no longer owns the store. He sold the business to a new owner when he retired in 2017.