Is This Video of Trump's 'Wig' Blowing Off Real?

This viral clip should not be considered a true hair-raising experience. 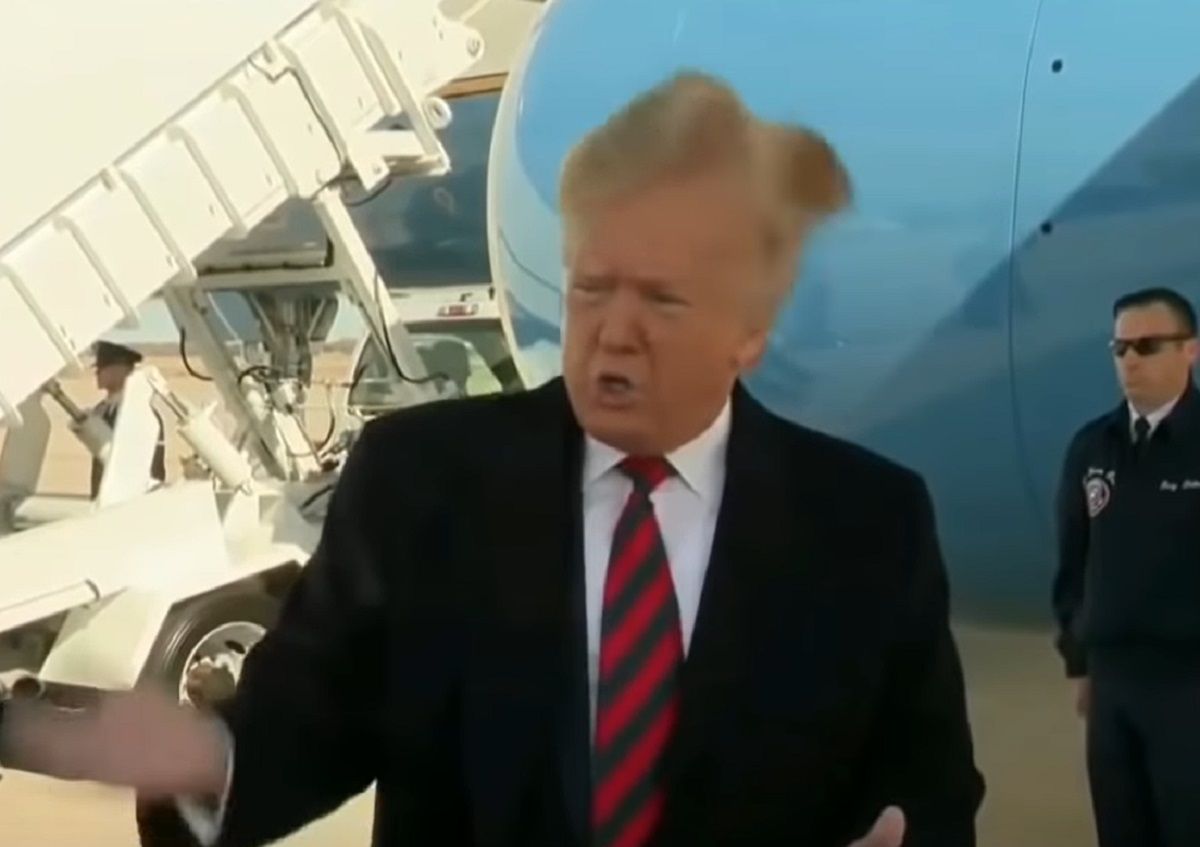 Claim:
A video clip captures U.S. President Donald Trump's hairpiece being sucked off by the intake of a jet engine.
Rating:

On Nov. 14, 2019, the American Freedom World Peace YouTube channel posted a video purportedly showing U.S. President Donald Trump's "WIG Getting BLOWN OFF By Plane Engine Propeller" [sic]. The clip presents multiple looped and speed-altered versions of a single incident, which is Trump discussing the possible release of a transcript of a phone call between him and Ukrainian President Volodymyr Zelensky, while the jet engine of a nearby airplane sucks a hairpiece off of his head:


Although the goofy and cartoonish fabricated nature of this video seems apparent, the clip prompted many inquiries from readers about its authenticity, so we'll briefly note the obvious factors that mark it as the product of digital manipulation:

For those who require more concrete proof, here is the original, un-doctored video, in which Trump's hair remains firmly in place throughout: