Did the Trump Administration Take Land from the Tribe That Welcomed the Pilgrims?

The Department of the Interior reversed an Obama-era decision to put Mashpee Wampanoag land in federal trust. 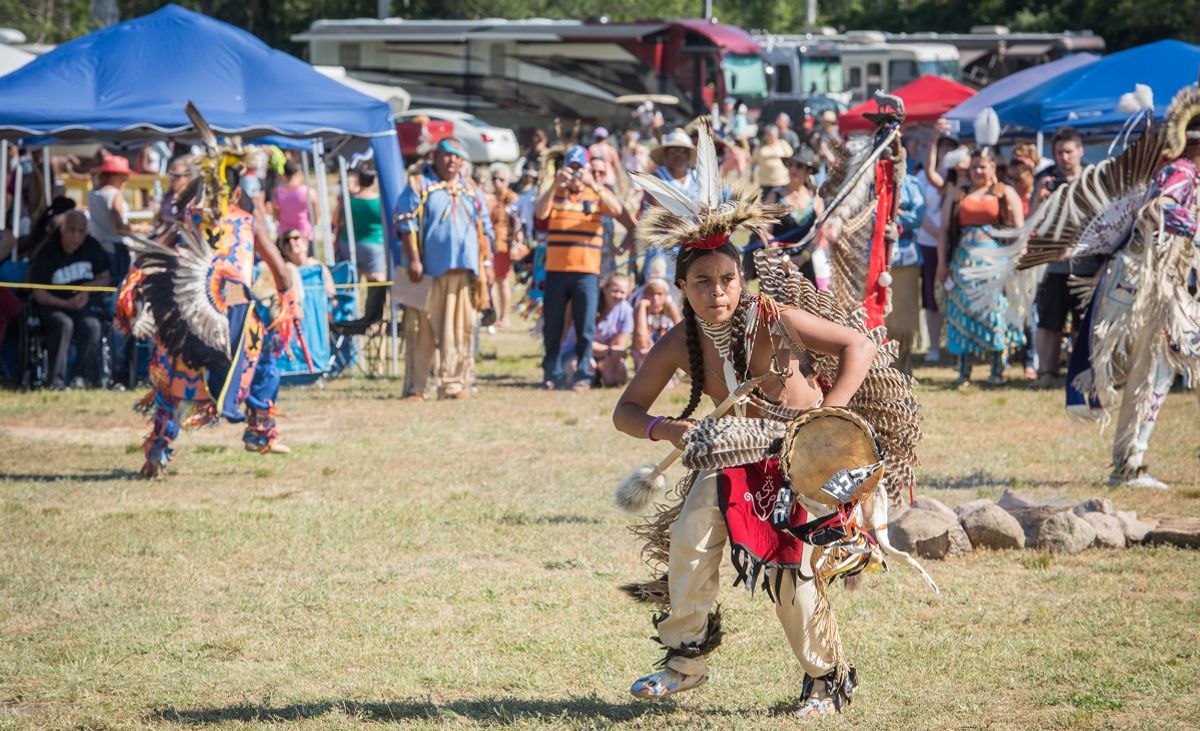 Claim:
The Trump administration reversed a previous decision to put land in trust for the Mashpee Wampanoag tribe.
Rating:

An Obama-era decision to put 321 acres of land in trust on behalf of the Mashpee Wampanoag tribe was reversed by the Department of the Interior under President Trump.

The placement of the land in trust on behalf of the tribe was already being held up because a U.S. District Court had ruled that the land was improperly acquired by the federal government.

Just three years shy of the 400th anniversary of the legendarily peaceful meal shared by members of the Mashtree Wampanoag tribe with newly-arrived Pilgrims in an event that has since been commemorated as Thanksgiving, descendants of those same Native Americans protested in the U.S. capital against a variation on a sad historical theme.

After being promised that 321 acres of their ancestral land would be preserved in trust, the tribe saw their hopes dashed when the Trump administration reversed course from its predecessor.

The Mashpee Wampanoag Tribe is currently suing the federal government because the Department of the Interior (DOI) on 7 September 2018 reversed an Obama-era decision to put 321 acres of land in trust on behalf of the tribe. Although the final outcome rests on a court's interpretation of whether the tribe was under "federal jurisdiction" according to a 1934 law, the land is viewed by the indigenous community as their means to future self-determination.

Thus, as many Americans planned for a Thanksgiving feast, tribe members and their supporters marched on the U.S. Capitol protesting the decision, which they say could cost them lands the tribe has lived on for 12,000 years.

In fact, injustice at the hands of the federal government is happening today. On Nov. 14, the Mashpee Wampanoag led a march to the Capitol to call on Congress to prevent our reservation from being dissolved by the Trump administration. We have been fighting this battle since September 2018, when the Department of Interior decided to take land held in trust for Mashpee Wampanoag Nation out of trust -- effectively dissolving our reservation.

This Thanksgiving, we are calling upon all Americans to share this story to help our voices be heard and to stop this injustice. Congress needs to enact legislation that will restore our lands and reaffirm the spirit of the cooperation, now so famously celebrated and embodied in Thanksgiving.

According to court documents, the situation stemmed from a years-long battle in which the tribe "sought to address its landlessness" and petitioned the DOI "to acquire in trust approximately 170 acres of land in Mashpee, Massachusetts, and approximately 150 acres near Taunton, Massachusetts."

The tribal community planned to use the land for "self-determination and self-governance" as well as housing, education, and cultural preservation. They also wanted to ensure the preservation of an ancestral burial ground and develop land in Taunton for an Indian gaming facility "with revenues intended to support the Mashpee tribal government and meet the needs of Tribal members," court documents stated.

Mashpee Wampanoag members received happy news on 18 September 2015 when they were informed the federal government would acquire 151 acres in Taunton and 170 in Mashpee and hold the land in trust for the tribe. But some East Taunton residents filed suit over the issue in 2016, and a federal court sided with the residents against the tribe, holding that the Interior Department did not have the authority to take land in trust for the tribe in the manner they did.

Both parties appealed that decision, but in 2017 the U.S. Justice Department dropped their participation in the appeal, leaving the Mashpee Wampanoag to contest the issue on their own. Then on 7 September 2018, the DOI issued a decision that reversed their previous one, finding that the Mashpee Wampanoag were not eligible to have land held in federal trust for them because they didn't meet the criterion of having been considered "under federal jurisdiction" in 1934, the year the Indian Reorganization Act (IRA) was passed, a status paramount to a tribe's receiving land in trust.

The tribe then asked the court for a stay of their original appeal of the Taunton plaintiffs' lawsuit while they pursued a separate lawsuit against the DOI to compel that agency to set aside their decision declaring the tribe ineligible to be granted land in trust.

"In its Decision, the Department failed to apply established law, contorting some of the relevant facts and ignoring others to engineer a negative decision," the tribe's lawsuit states. "As a result the Department’s decision is arbitrary, capricious and contrary to law, and if left unaddressed, will have a devastating impact on the Tribe."

Interior Department officials ultimately determined that the tribe was not under federal jurisdiction in 1934, while the Mashpee Wampanoag contend they submitted “mounds of evidence” documenting that they were indeed under federal jurisdiction before 1934. On 20 November 2018, the DOI asked the court for a 31-day extension on a deadline to respond to the tribe's lawsuit

Even if the Mashpee Wampanoag were to prevail in their lawsuit against the DOI, they would still have to succeed in their appeal of the Taunton lawsuit holding that the land was improperly acquired by the Interior Department in the first place. On 9 October 2018, the plantiffs' attorney filed a request arguing that the tribe should not be granted another stay in the appeal process.

In her op-ed, Baird noted that although her ancestors shared a peaceful meal with Pilgrims, the story often told about the original Thanksgiving leaves out a less heartwarming aspect of American history:

This is a story of peace and cooperation between different peoples making an effort to uphold the promise of protection and support they offered each other through treaty. This is a story that can unite and inspire us in these divided times. But what is often left out of the Thanksgiving narrative is that Native peoples subsequently faced losses of land, broken treaties, and threats to our sovereignty as independent tribal nations — all at the hands of the US federal government.

Hopper, Frank.   "Give Back Our Reservation: Mashpee Wampanoag and Allies March on the Capitol."     Indian Country Today.   15 November 2018.