The president's use of this infamous quote in May 2020 raised questions about its origins. 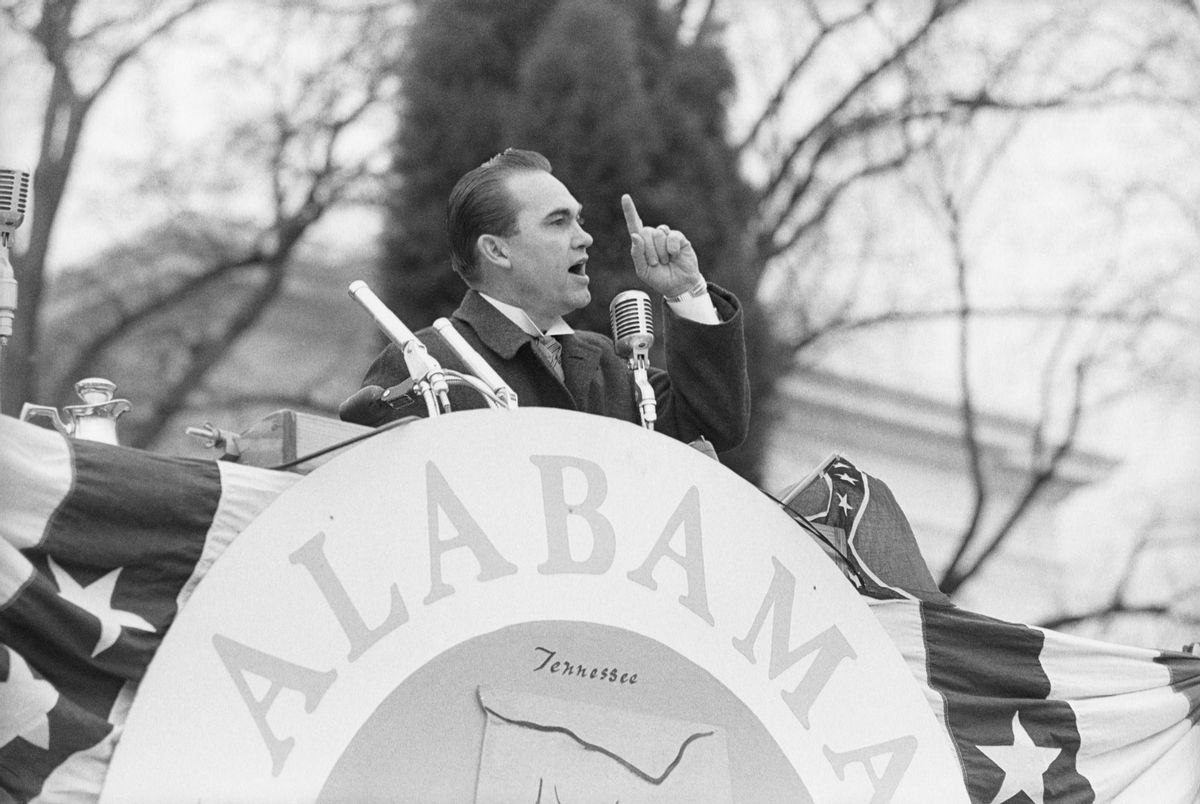 U.S. President Donald Trump did use the phrase, "When the looting starts, the shooting starts," in a tweet posted in May 2020.

Former Alabama Gov. George Wallace made a similar statement in regards to looters, saying, "Shoot 'em dead on the spot [...] That may not prevent the burning and looting, but it sure will stop it after it starts." However, we found no record of Wallace saying, "When the looting starts, the shooting starts." A Miami police chief, however, did use the latter phrase in 1968.

Around midnight on May 28, 2020, as protests in Minneapolis against police violence and racial discrimination spun out of control, U.S. President Donald Trump posted a pair of tweets on Twitter. The first insulted the city's mayor, Jacob Frey, as "very weak" and stated that Trump was considering sending the National Guard to the area. The second tweet labeled the protesters "thugs" and threatened that "when the looting starts, the shooting starts." Trump's second tweet came under fire. Many saw the message as an attempt to incite violence or as tacit approval for law enforcement to use lethal force on people committing property crimes. Twitter even placed a warning over Trump's second tweet saying it violated the social network's policy on "glorifying violence."

Many social media users, including former U.S. Secretary of Labor Robert Reich, also claimed the late Alabama Gov. George Wallace, who famously tried to stop desegregation of schools in the 1960s, also said in 1968, "When the looting starts, the shooting starts." Although Trump truly used that phrase on May 28, 2020, after people in Minneapolis rioted in protest of police brutality and racial injustice in the days following the killing of George Floyd by a Minnesota police officer, we have been unable to verify that Wallace also made the remark in 1968.

Reich pointed to a 2005 article published in the Post-Gazette as evidence that Wallace once made the comment. News outlets such as NPR also cited this article when stating that Wallace had also used the phrase, "When the looting starts, the shooting starts."

Here's an excerpt from the Post-Gazette article quoting Wallace reportedly saying it:

However, we've been unable to find any contemporaneous reports of Wallace using the phrase. News reports about Wallace's trip to Pittsburgh's Civic Arena in 1968 did say that the event was contentious and that Wallace verbally sparred with hecklers and protesters. However, these articles did not report that Wallace made this comment about looters.

Although we found no news articles from the 1960s reporting Wallace had uttered this exact phrase, we did find two items of note. First, Wallace made a similar statement in which he called for looters to be shot dead on the spot. Second, we found that a Miami police chief, Walter Headley, also used the phrase.

In September 1967, Los Angeles Times published an article entitled "Wallace Would End Rioting With Bullets," which quoted the former governor saying: "Bam, shoot 'em dead on the spot! Shoot to kill if anyone throws a rock at a policeman or throws a Molotov cocktail. Don't shoot any children, just shoot that adult standing beside the kid that throws the rock. That may not prevent the burning and looting, but it sure will stop it after it starts."

According to another news clipping, Headley once said that he had let the word trickle down to his officers that, "When the looting starts, the shooting starts."

In sum, the claim that Wallace said, "When the looting starts, the shooting starts" stems from a single article published in 2005 about something the former Alabama governor supposedly said four decades prior. However, we have been unable to find any contemporaneous reports quoting him to that effect. Because Wallace truly made similar statements about using lethal force on looters, and because a police chief once used the phrase around the same time in the 1960s, it seems reasonable to assume that the Post-Gazette misremembered Wallace's statement and incorrectly attributed Headley's remark to the former Alabama governor.