Part of Trump's Border Wall Damaged By Monsoons in Arizona

Environmentalists had warned about what ended up happening. 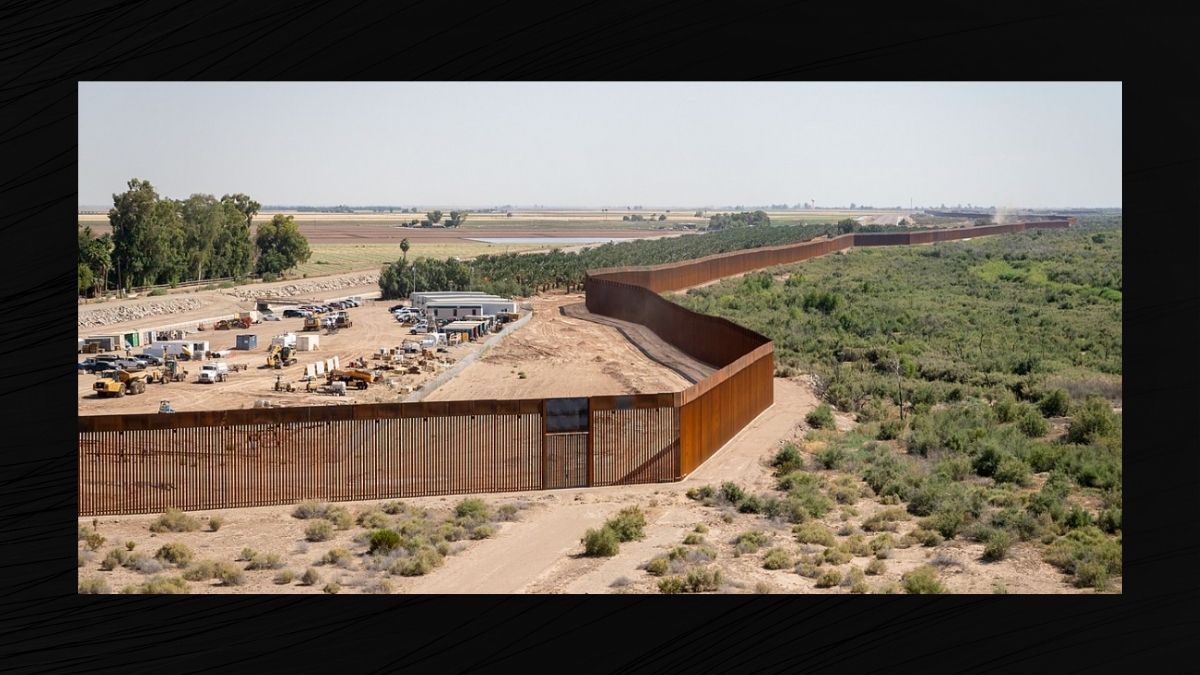 In late August 2021, readers asked us about reports that a portion of the southern border wall built during the Trump administration was damaged by seasonal rains in Arizona.

During his presidential campaign, former U.S. President Donald Trump had stated he would build a wall covering the roughly 2,000-mile U.S. border with Mexico, and that "Mexico" would pay for the project.

Aside from the fact that parts of the border already had walls, experts had stated that in some places where it didn't, such a project would not be possible. The Mexican government unsurprisingly refused to pay for another country's construction project.

The Trump administration pushed forward with construction, ignoring in some regions environmental regulations. Some saw the damage to the wall in Arizona in August 2021, therefore, as the expected fate of a boondoggle.

Border Report, a news agency that focuses on the U.S.-Mexico border, reported on Aug. 17, 2021, that 2.15 inches of rain fell in Cochise County, Arizona. Those rains, though not out of character for the region, damaged a "controversial special movable border wall gates that were built in river beds during the Trump administration."

We reached out to the U.S. Department of Home Security, which oversees border security, asking whether the damaged portion of the wall would be rebuilt and how much it would cost. We also asked that if the wall would be repaired and what would be done to prevent this damage from being a regular occurrence.

In response, we received only the following emailed statement from the U.S. Army Corps of Engineers:

The U.S. Army Corps of Engineers is conducting safety work to secure the project sites and will remove monsoon-related debris that impedes this work. Once these projects are turned over, CBP will assess any remaining make-safe/incomplete items and address them in accordance with the Department of Homeland Security's border wall plan

The portion of the wall that was damaged consisted of movable gates placed in a riverbed that "did not hold up to several feet of rising water that coursed through the desert borderlands region," per Border Report.

According to the technology news site Gizmodo, the failure of that portion of the wall was predictable, reporting:

It turns out ignoring bedrock environmental laws may not have been the best choice for a multibillion-dollar construction project. Photos show former President Donald Trump’s border wall in deep disrepair after summer monsoon rains literally blew floodgates off their hinges.

For years, we have been warning and predicting that exactly this would happen and while this was a significant rainfall, it wasn’t atypical. We always have heavy rains in the monsoon season. This was a highly predictable occurrence. The construction of this wall was so ill-advised and ill-conceived and rushed and inflicted a huge amount of damage for a wall that washed away in its first summer.