Was Trump Caught on Hot Mic Insulting His Supporters?

Hot mic videos are always popular, but not always accurate. 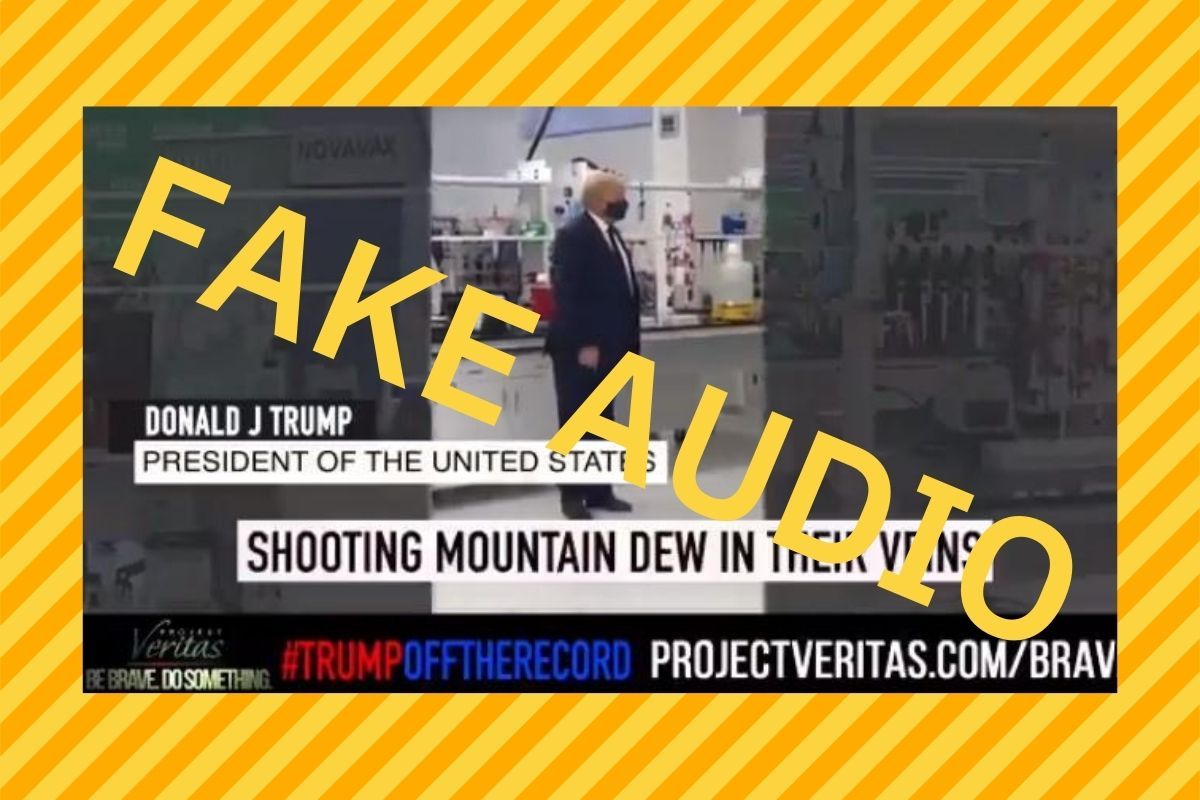 Claim:
A video shows U.S. President Donald Trump calling his supporters "animals" who shoot "Mountain Dew in their veins" while watching "'Tiger King' for the 45th time," among other insults.
Rating:

The visuals in this footage are genuine, but the audio has been manipulated. It should also be noted that it doesn't appear that Project Veritas, a right-wing activist group that has published several controversial and misleading undercover videos, had anything to do with this video.

The above-displayed video was created using real footage of Trump as he toured the FUJIFILM Diosynth Biotechnologies' Innovation Center in Morrisville, North Carolina, on July 27 after the company announced that they would be aiding the effort to develop a COVID-19 vaccine. In the original video from CBS 17, it's difficult to make out exactly what is being said due to background noise. However, it's clear that during this portion of the tour, Trump was doing more listening than speaking.

Here's the original video. The scene shown in the viral video begins around the 45-second mark:

The genuine video shows Trump listening as others (presumably) talk about FUJIFILM's work. The viral video featured doctored audio added to this footage to make it appear as if Trump was insulting his supporters.

Boburg, Shawn; Davis, Aaron; Crites, Alice.   "A Woman Approached The Post With Dramatic — and False — Tale About Roy Moore. She Appears to be Part of Undercover Sting Operation."     The Washington Post.   27 November 2017.