Is Trump Back on Twitter Using the Alias 'John Barron'?

John Barron is a name Trump used when leaking information to reporters in the 1980s and '90s. 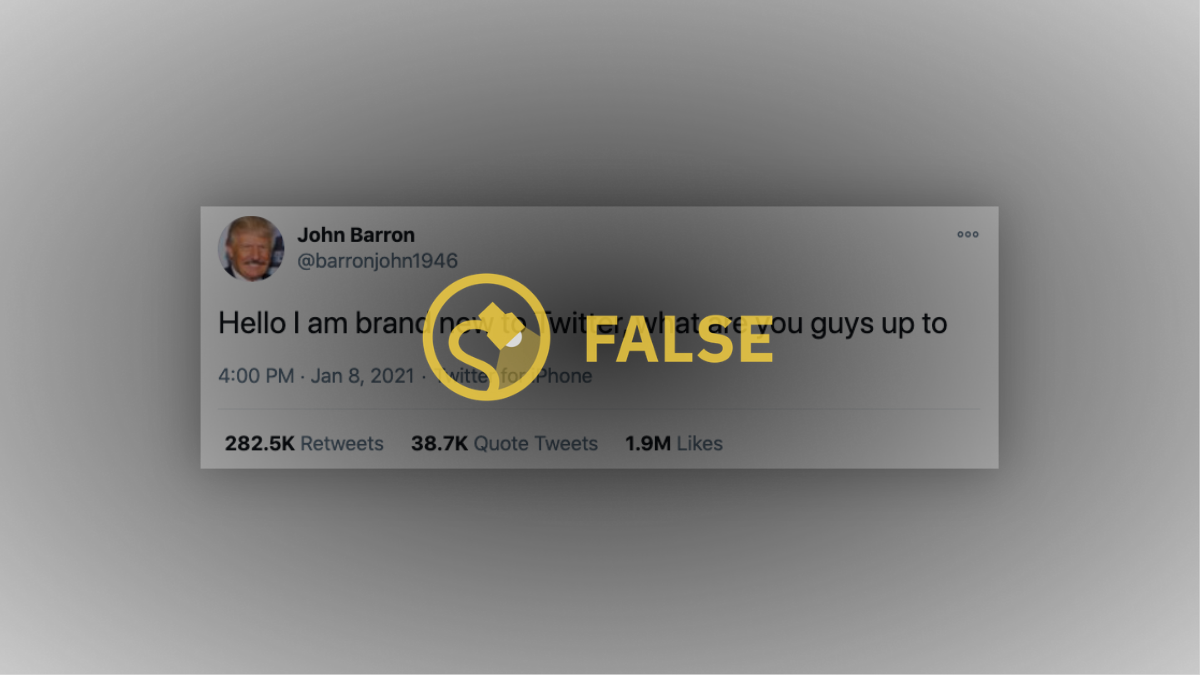 On Jan 8. 2021, Twitter permanently suspended U.S. President Donald Trump from its service. For a brief period following the ban, Trump tweeted from various campaign or staff-owned Twitter accounts, each of which was subsequently banned as well.

One of the most viral responses to the news came from an account named @barronjohn1946, which used a picture of Trump with a fake mustache photoshopped over it:

The reference was to an alias — "John Barron" — that Donald Trump denied (and later admitted to) using in the 1980s and '90s when leaking stories to the press. The Twitter account biography explicitly states it is not Trump. As such, the claim is rated "False."