Was Trump Turned Away from a Kansas City BBQ Restaurant?

Three inside jokes do not make a truth. 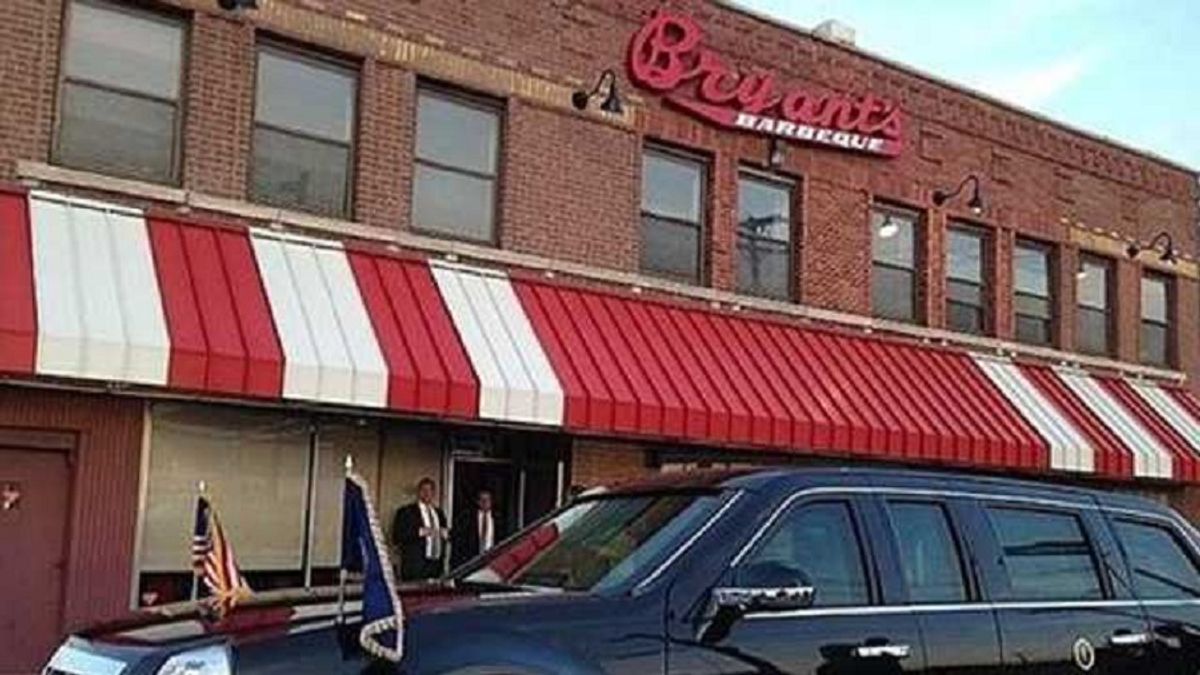 A February 2020 tweet posted to the account of U.S. President Donald Trump in which he truly congratulated the wrong state (i.e., Kansas rather than Missouri) for the Kansas City Chiefs' Super Bowl win drew attention to another purported Trump tweet that appeared online in mid-2018. The latter complained that the president had been turned away by Arthur Bryant's, a famous Kansas City barbecue restaurant: Trump had indeed been in Kansas City, Missouri, at that time to deliver a speech at the Veterans of Foreign Wars (VFW) convention and to attend a fundraiser for Republican U.S. Senate candidate Josh Hawley, but the notion that Trump went out looking for barbecue and ended up getting turned away by Arthur Bryant's was a false one, as the restaurant confirmed:

The Trump tweet about Arthur Bryant's was a fabricated one that never actually appeared in the timeline of Trump's tweets. It incorporated several satirical in-jokes and references that might not be obvious to everyone reading it today:

As noted in contemporaneous news reports, the restaurant's PR team at the time issued a statement countering the fake tweet that read in part:

We would have graciously welcomed President Trump in the same manner we have welcomed many other Presidents and legislators. At Arthur Bryant’s we respect the office of the Presidency and we value all of our customers: Republican, Democrat, Libertarian, or other. Our barbeque transcends political parties! I guess we got our own little piece of Fake News going on.

Riotta, Chris.   "Fox News Was Attacking Barack Obama for Using Dijon Mustard at This Point in His Presidency."     Newsweek.   9 June 2017.

Selk, Avi and and Sarah Murray.   "The Owner of the Red Hen Explains Why She Asked Sarah Huckabee Sanders to Leave."     The Washington Post.   25 June 2018.