Did a 'Trump Train' Truck Get Stuck Under a Bridge?

The truth was even stranger than the fiction. 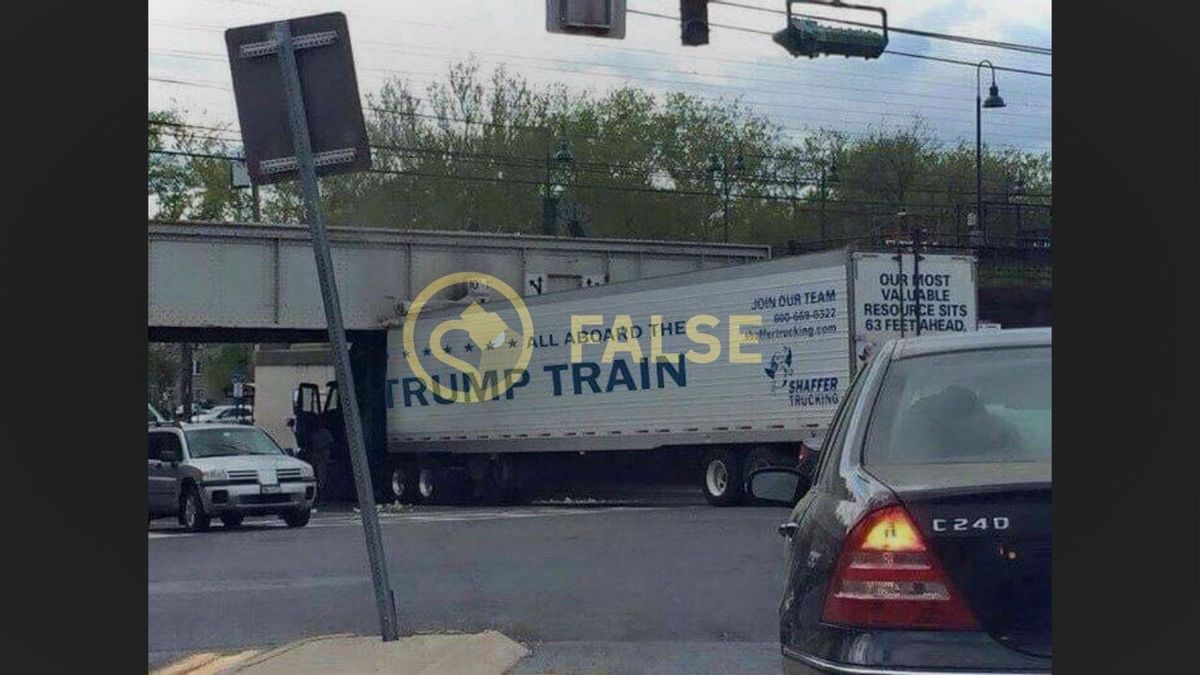 Claim:
A photograph shows a truck bearing the words "Trump Train" stuck underneath a bridge.
Rating:

An image supposedly showing a truck bearing the words "All Aboard the Trump Train," stuck beneath a bridge, was frequently shared online in the summer of 2020 along with mocking remarks about U.S. President Donald Trump: This was not a genuine photograph of a truck bearing the words "All Aboard the Trump Train" stuck beneath a bridge, however. The digitally manipulated image was created using a picture of a truck that hit an overpass, with the wording on the side of the truck altered to make it seem as if a pro-Trump vehicle had hit an ironic wall.

The original unaltered photograph has also been widely shared on the internet. It was taken in 2015 and captured a truck bearing the words "On The Road to Success, There Are No Shortcuts" after it crashed into an overpass. Here's a comparison of the doctored "Trump train" image (left) and the original "no shortcuts" image (right):

The authentic picture was taken in Mamaroneck Village, New York, circa May 2015. Local news outlet The Loop published several additional photographs of the accident.