A prankster briefly changed the name of Trump Tower, but Google quickly corrected the problem. 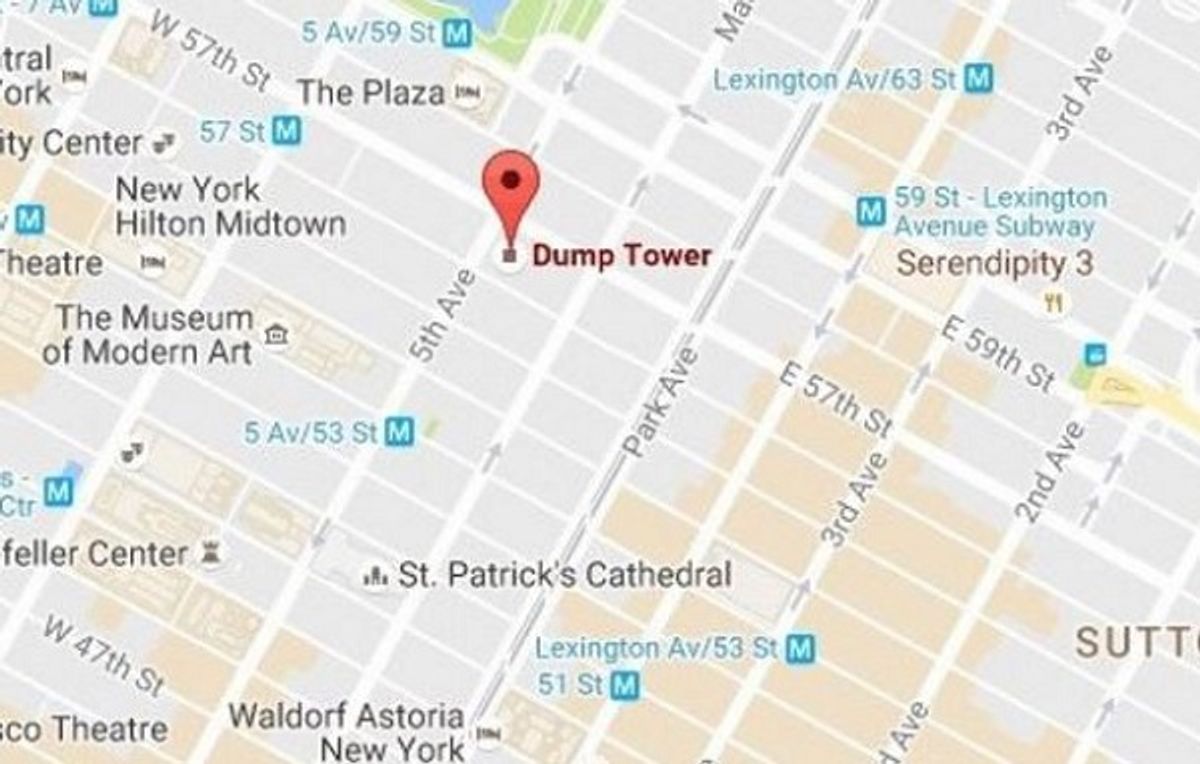 Claim:
A prankster changed the name of Trump Tower to Dump Tower in Google Maps briefly on 26 November 2016.
Rating:

On 26 November 2016, a prankster altered Google Maps so that Trump Tower (the New York City home base for President-elect Donald Trump) was labeled "Dump Tower." Multiple media outlets took screen shots of the change and posted them online:

The prank caught on, prompting another Google user to similarly alter the name of Trump International Hotel & Tower in Columbus Circle. But the names have since been corrected.

Google allows users to suggest edits to location names, not to outright change them, so it's unclear how the edit was made:

It wasn’t the first time that a location on Google Maps has become vulnerable to some sort of malicious online defacement.

In May 2015, users on Google Maps would be directed to the White House if they searched for “N***a House.”

Earlier that year, Google had announced that it would no longer allow public edits to maps after a series of “Incidents,” but described the White House issue as some sort of “vandalism.”

A spokeswoman for the tech giant told the Associated Press:

The names of Trump's buildings were corrected the same day the edits occurred.