Trump to Repurpose USS Enterprise Into Floating Hotel and Casino

A story that Donald Trump was planning to "repurpose" the USS Enterprise was just another piece of military satire. 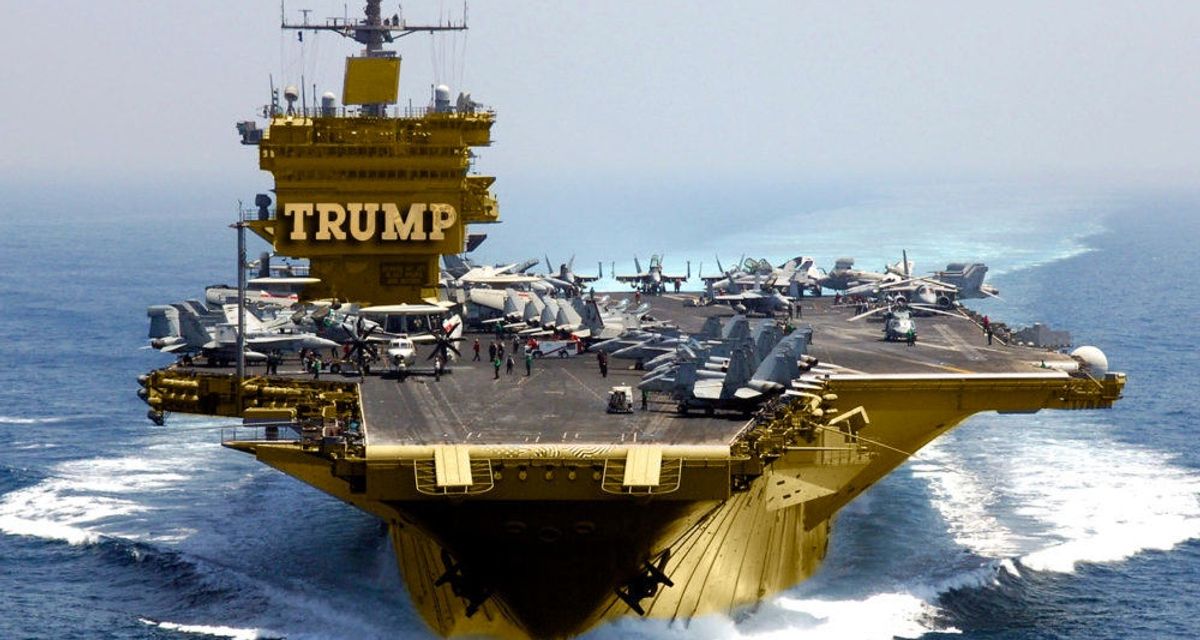 On 17 November 2016, the Duffel Blog satire site published an article reporting that president-elect Donald Trump had plans to repurpose the USS Enterprise into a floating hotel and casino:

President-elect Donald Trump announced that he would re-purpose the retired aircraft carrier USS Enterprise (CVN-65) into a floating hotel and casino, according to a new press release.

The refitted aircraft carrier will be christened the USS Donald J. Trump.

“The USS Trump is going to be best cruise ship in the world,” Trump said in a statement. “Second to none. Completely remodeled. You’ll be so proud. It’s going to have the best people. We’re going to make this aircraft carrier great again. Revenue from the Trump will go directly to paying down the national debt.”

“I began my Navy career on this ship,” said former Petty Officer Crissy Cru, who was clearly pleased with the announcement. “I made a lot of great memories in the engine room and the berthing. I hope to come back and work as a bartender or a showgirl.”

DuffelBlog traffics exclusively in military-oriented satire, and their "About" page displays a humorous style similar to that of the above-quoted article. Unlike most purported "satire" sites, DuffelBlog exists with the intent of amusing (not confusing) its smaller targeted audience of the armed forces and their families:

While readers who know the Duffel Blog site would immediately pick up on its satirical intent, its subtle satire is sometimes lost on civilians.

Previous Duffel Blog pieces mistaken for genuine news included claims West Point posthumously rescinded diplomas of confederate soldiers, the Army instituted a "mandatory divorce" policy to "improve readiness," Ariana Grande joined ISIS, the USS Gabrielle Giffords was slated to be the Navy's first "gun-free" warship, the Pentagon blew large amounts of money on Powerball tickets to fund the F-35 Joint Strike Fighter program, Medal of Honor recipient Kyle Carpenter was stripped of his award after failing to complete a minor course while actively serving, and delayed military ballots would have "swung the election" for Hillary Clinton had they been tallied in time.