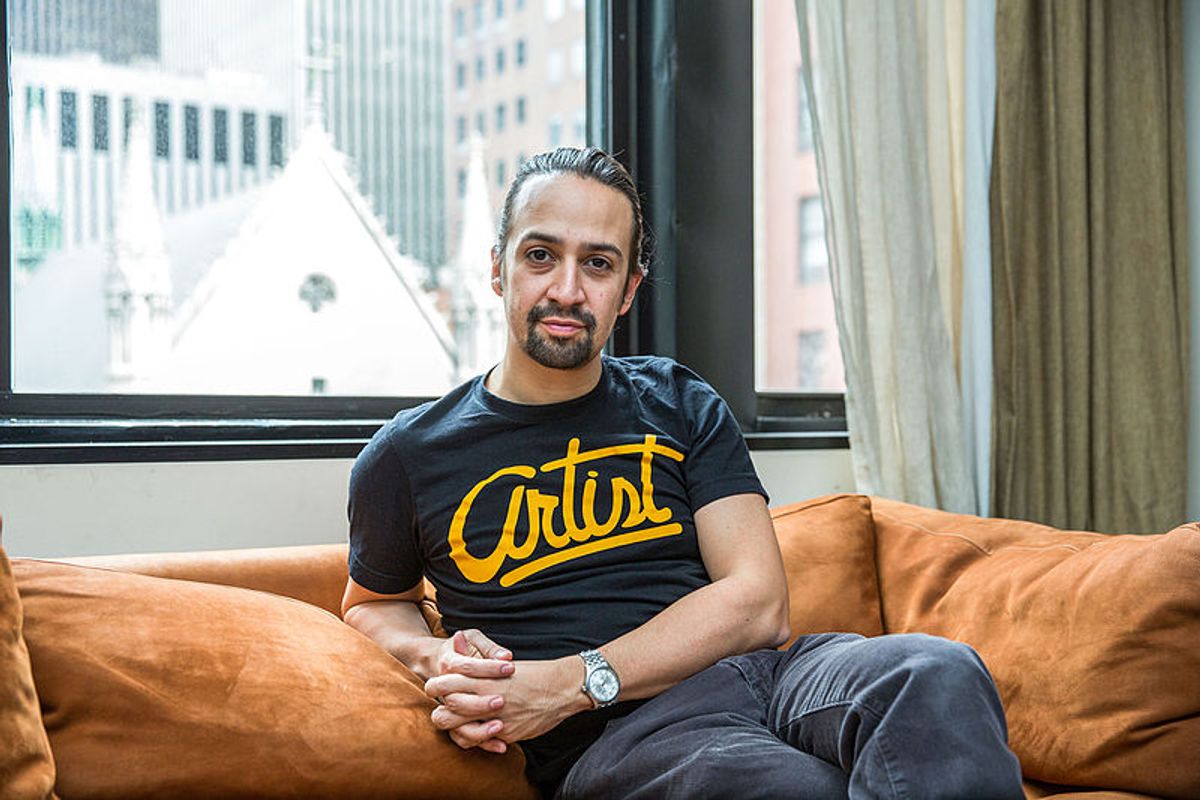 On 1 November 2016, the entertainment web site New Roman Times published an article reporting that Donald Trump had threatened to deport Lin-Manuel Miranda, creator of the hit musical Hamilton, back to Puerto Rico (not realizing that Miranda is an American citizen, and Puerto Rico is part of the U.S.):

At a huge rally in Racistington Florida, Donald Trump called for Broadway superstar Lin-Manuel Miranda to be deported “back to his country!” His pronouncement was met with huge cheers from his adoring crowd, and a collective sigh from news media attending the event. What Mr. Trump failed to realize was that Miranda was born in the United States in Upper Manhattan, and that Puerto Rico, the island from which Miranda’s family hailed, is actually a U.S. territory.

Speaking of folks “pouring in across the border,” Trump proudly proclaimed, “Lin-Manuel Miranda has illegally entered into our country, stolen jobs from our best and brightest on Broadway, and is trying to rewrite our history with his lousy musical Hamilton. Well, I haven’t seen it, but I’ve heard about it, and it stinks, folks. You’ve got actors of all races playing the part of our nation’s founding fathers, and let me tell you, that’s just a slap in the face to our heritage. Such a disgrace.”

There was no truth to this article, which was published by New Times Roman, a fake news web site. New Times Roman does not offer a readily available disclaimer, but the humorous nature of the site's "About Us" page is a clue to the satirical nature of its content: